An MV-22B Osprey completed a test flight outfitted with a titanium, 3D printed link and fitting assembly for the engine nacelle. This link and fitting assembly is one of four that secure a V-22’s engine nacelle to the primary wing structure and will remain on the aircraft for continued evaluation. The flight was performed using the standard V-22 flight performance envelope. 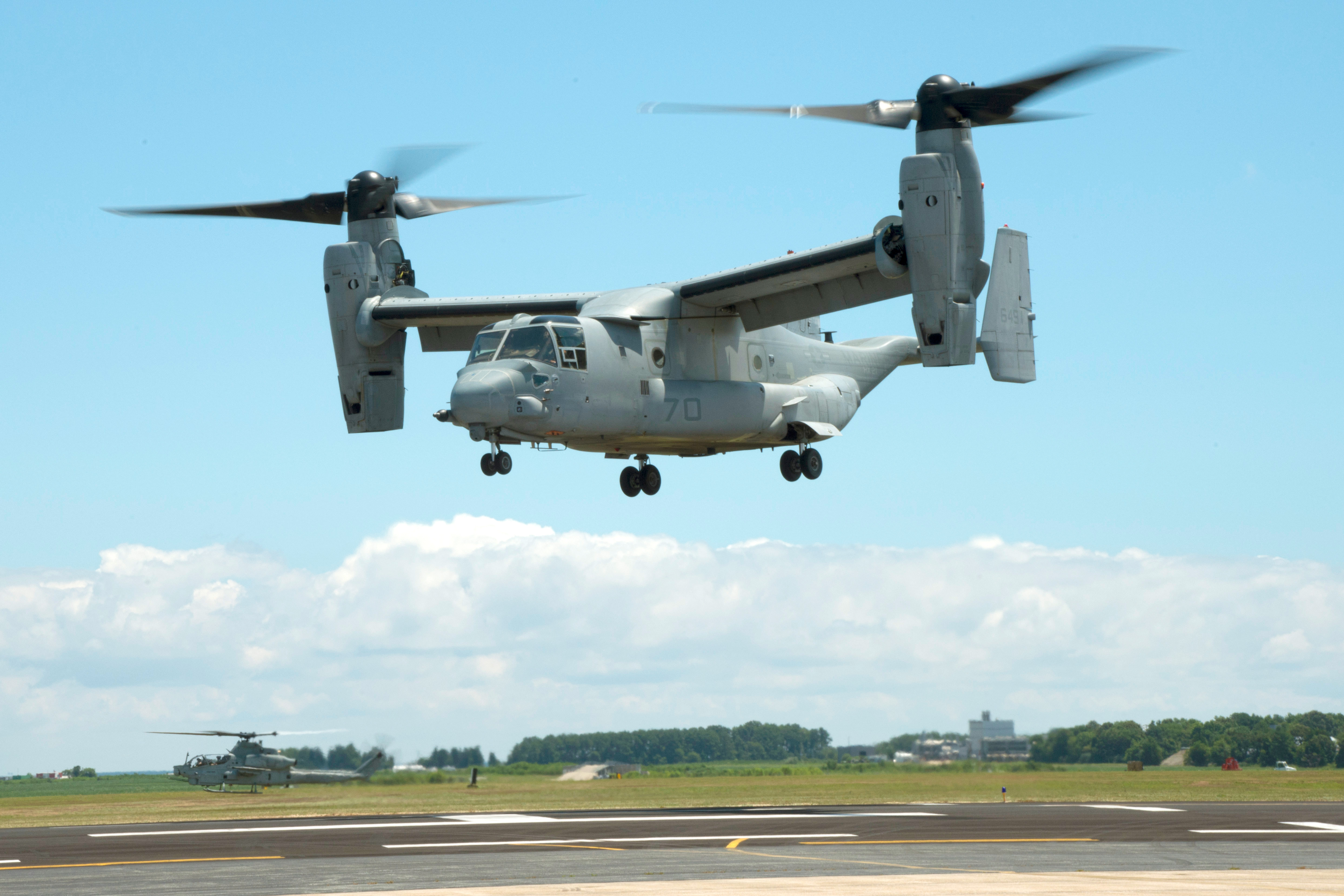 An MV-22B Osprey equipped with a 3-D printed titanium link and fitting inside an engine nacelle maintains a hover during a July 29 demonstration at Patuxent River Naval Air Station, MD. (U.S. Navy photo/Released)

“The flight went great. I never would have known that we had anything different onboard,” said MV-22 Project Officer Maj. Travis Stephenson who piloted the flight.

AM uses digital 3D design data to build components in layers of metal, plastic and other materials. The metal link and fitting assembly for this test event were printed at Naval Air Warfare Center Aircraft Division in Lakehurst, New Jersey.

Prior to this flight, multiple V-22 components built by Lakehurst and Penn State Applied Research Laboratory were tested at Patuxent River to validate performance.

“The flight today is a great first step toward using AM wherever and whenever we need to. It will revolutionize how we repair our aircraft and develop and field new capabilities – AM is a game changer,” said Liz McMichael, AM Integrated Product Team lead. “In the last 18 months, we’ve started to crack the code on using AM safely. We’ll be working with V-22 to go from this first flight demonstration to a formal configuration change to use these parts on any V-22 aircraft.”

Aviation Mechanic Cody Schwarz works to install a 3-D printed titanium link and fitting on an MV-22B Osprey engine nacelle on July 28 at Patuxent River Naval Air Station, MD. Schwarz can be seen holding the link prior to affixing it to the aircraft. (U.S. Navy photo/Released)

Naval aviation has employed additive manufacturing as a prototyping tool since the early 1990s and in recent years has begun the process of printing non-flight critical parts and tools. Today’s demonstration is the first time a U.S. Navy aircraft flew with an AM part deemed essential to maintaining safe flight.

Navy officials envision a future where all parts can be made on-demand globally by fleet maintainers and operators, and our industry partners – stocking digital data instead of ordering, stocking and shipping parts. Today’s flight is an important step toward achieving that vision.

Including the V-22 link and fitting assembly, McMichael and her team have identified six additional safety-critical parts they plan to build and test over the next year for three U.S. Marine Corps rotorcraft platforms: the V-22, H-1 and CH-53K. Three of the parts will be made out of titanium, while the other three will be stainless steel.

Even with the success of today’s flight, NAVAIR officials advise that there is a lot work to do before deployed aircraft are flying in theater with 3D printed, safety-critical parts.

“Our AM team has done some incredible work in a relatively short period of time – both internally through its production of aircraft components to be used in flight testing and externally through its liaison with industry and other government organizations,” said Vice Adm. Paul A. Grosklags, NAVAIR commander. “Although the flight today is a great step forward, we are not trying to ‘lead’ industry in our AM efforts, but it is absolutely critical that we understand what it takes to successfully manufacture and qualify AM parts for flight in naval aircraft, which we expect will largely be manufactured by our industry partners. Where I believe we can ‘lead’ industry is in the development of the AM “digital thread,” from initial design tools all the way to the flight line – securely maintained and managed through the life of an aircraft program.”