Throughout 2016, China led the way in being the main source country for distributed denial of service attacks (DDoS). In Q4 however, the U.S. took first place as China slipped to fourth. With over 180,000 attacks, there is a large gap between the United States and the second-placed UK. According to Akamai, the total of 751,895 attacks marks a 4% increase on Q4 2015. 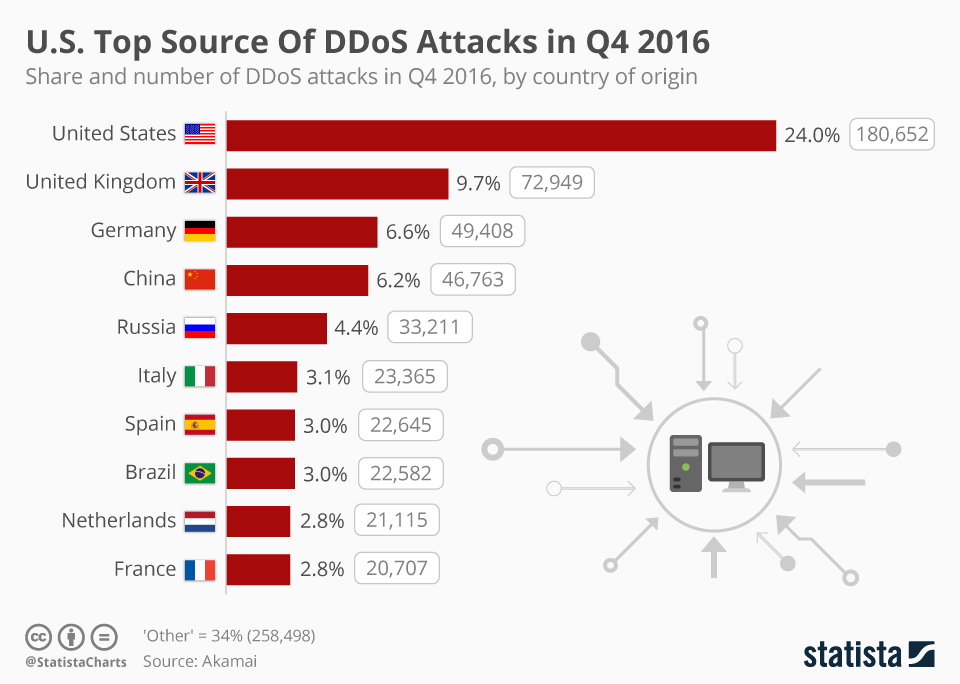