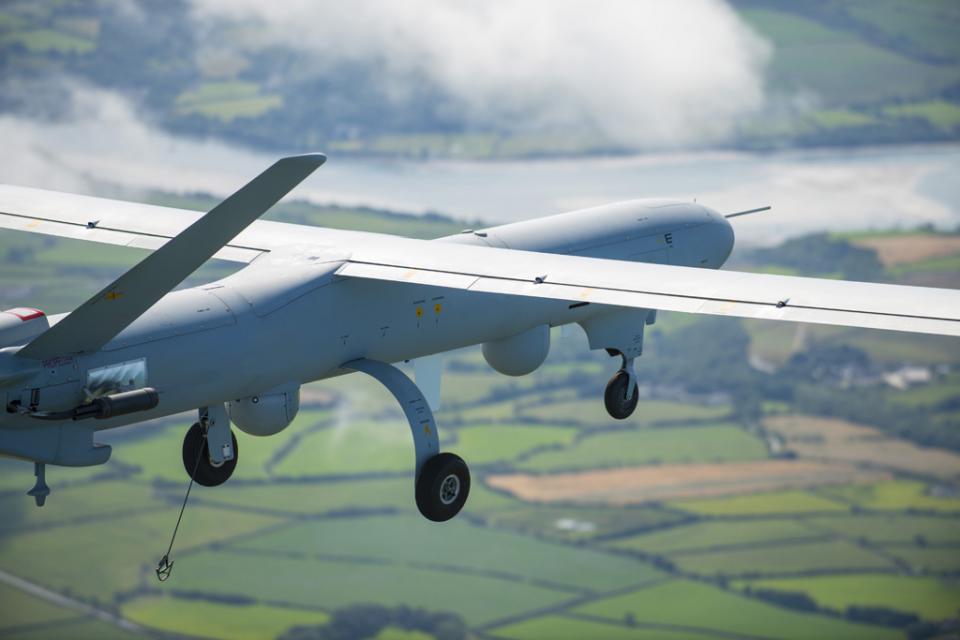 The first flight is considered to be a major development in drone services for civil and commercial use in the UK. The duration of the test flight was three hours.

Pilots sitting on the ground in a control room at the airport controlled the unmanned aircraft exactly in the same way as a traditional manned aircraft.

The next flight has been scheduled for next week.

NATS operations strategy director Simon Hocquard said: “What we set out to prove is that it is possible to safely integrate and control a UAS in non-segregated airspace with conventional aircraft.

“Once you do that you open up enormous potential future opportunities for unmanned flight that go well beyond the kind of lightweight UAS that we’re all familiar with.

“Safety is always our top priority so a huge amount of work has gone into getting to this point and much more will be needed, but it’s a major milestone for the industry and shows that the UK and Europe are leading the world when it comes to the development of UAS and its integration into controlled airspace.”

So far, large unmanned aircraft has been used in highly segregated areas and the latest flight aims to open new areas in the usage of drones inside controlled airspace.

Besides NATS, Thales group, the Dutch national aerospace laboratory and Ministry of Defence and the Civil Aviation Authority were involved in this joint-venture project called CLAIRE.

Defence, equipment and support organisation head of unmanned air systems team Air Commodore Pete Grinsted said: “This is a landmark achievement for UK aviation history and the Watchkeeper programme, and was only possible thanks to a collaborative approach involving Thales, CAA, NATS and the MOD.

“The successful flight is the result of months of systematic planning to ensure Watchkeeper was safely controlled by UK Air Traffic Control agencies at all times.”