These options are bundled with a PC application supporting signal analysis to assist engineers during design validation. A fully automatic measurement application is provided to simplify control of the MT8870A and chipsets during prototyping and mass-production testing.

Developed in collaboration with chipset vendors, the Universal Wireless Test Set MT8870A is a fully automated calibration and verification test solution. Featuring the world’s best multi-device under test (DUT) measurement tact time, the MT8870A lowers manufacturing cost-of-test and speeds time to market of chipsets, modules, and devices that utilize 2G/3G/LTE/LTE-A, WLAN, Bluetooth, GPS, FM, and similar wireless technologies. Up to four high-performance test units can be installed in one main chassis, with each unit performing independent parallel measurements for simultaneous evaluation of up to four wireless devices. 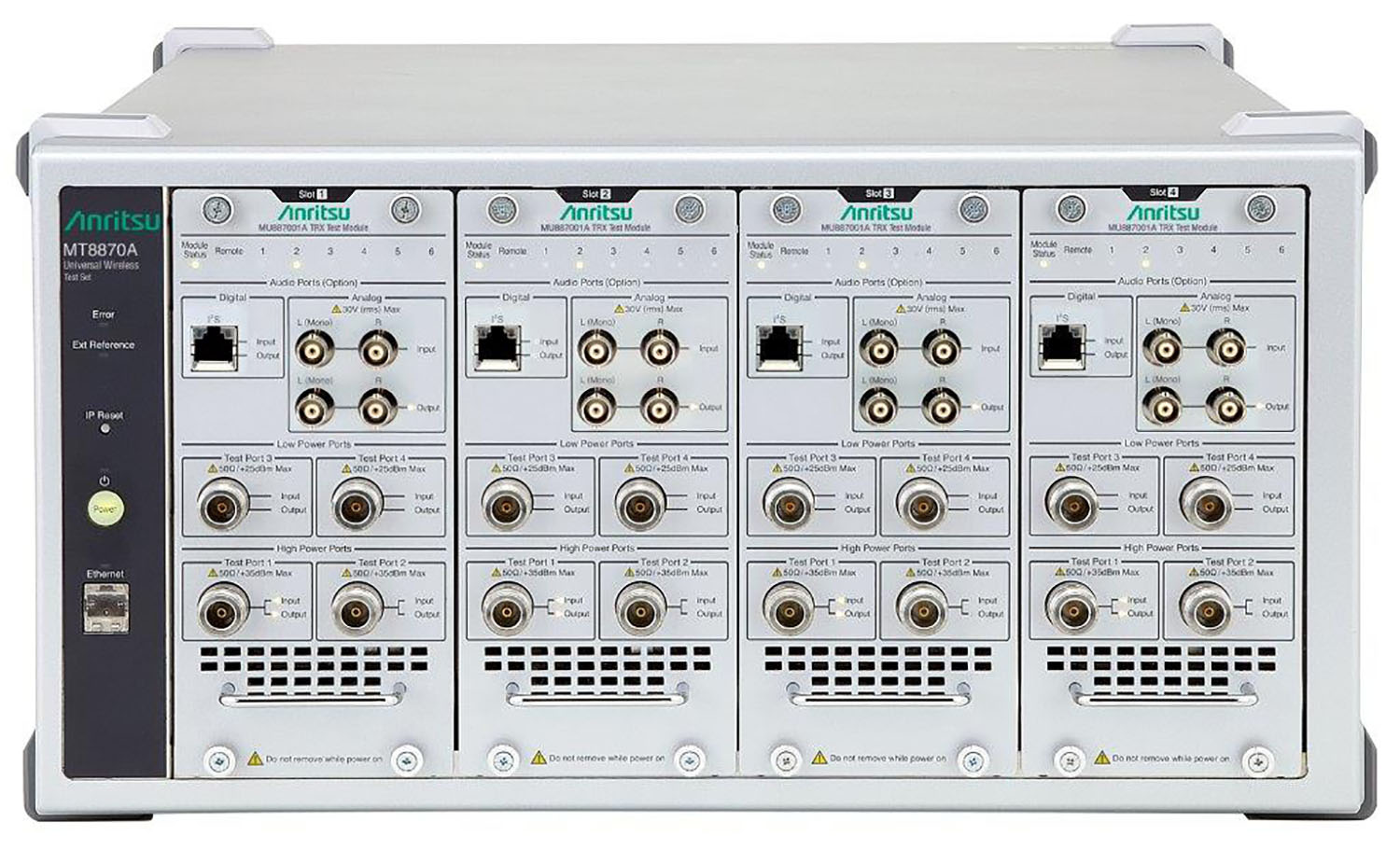