TE Connectivity (TE) is introducing a new range of robust unmanaged industrial Ethernet switches with M12 connectivity for use in railways and other forms of public transport. The new switches are designed to enable faster and more reliable networks.

“These switches conform to EN50155 and will help the digitalization in railway drives,” says Egbert Stellinga, industrial product manager at TE Industrial. “They facilitate safe and reliable public transport and provide an improved passenger experience. With the introduction of IoT in mass transportation, equipment data networks in rail are growing several times faster than the rail market. The switches respond to the need for faster data speeds and increased network reliability. Switches are the nodes in networks, providing the connection ports to devices like CCTV cameras, passenger information systems, sensors, lighting, HVAC and more.”

Key features on TE’s new switches including redundant input power and an optional bypass, ensure that networks do not fail, even in harsh conditions. In the event of a power failure, the switch will transfer data to the next network node, enabling uninterrupted network performance together with increased safety.

In addition, with several options for input voltage as well as PoE (Power over Ethernet), enabling both data and electrical power to pass through the same twisted pair Ethernet cable, the new plug and play switches ensure easy network setup. Elimination of discrete power cables allows for cost reductions both from a component point of view as well as the installation cost of the network devices.

Depending on model, the number of ports ranges between five and eight ports, all supporting M12 connectivity. They support data speeds of up to 1 Gb/s, thereby future-proofing against network expansions in the short and medium-term. The switches comply with EN50155, the international standard covering electronics equipment used on rolling stock for railway applications. 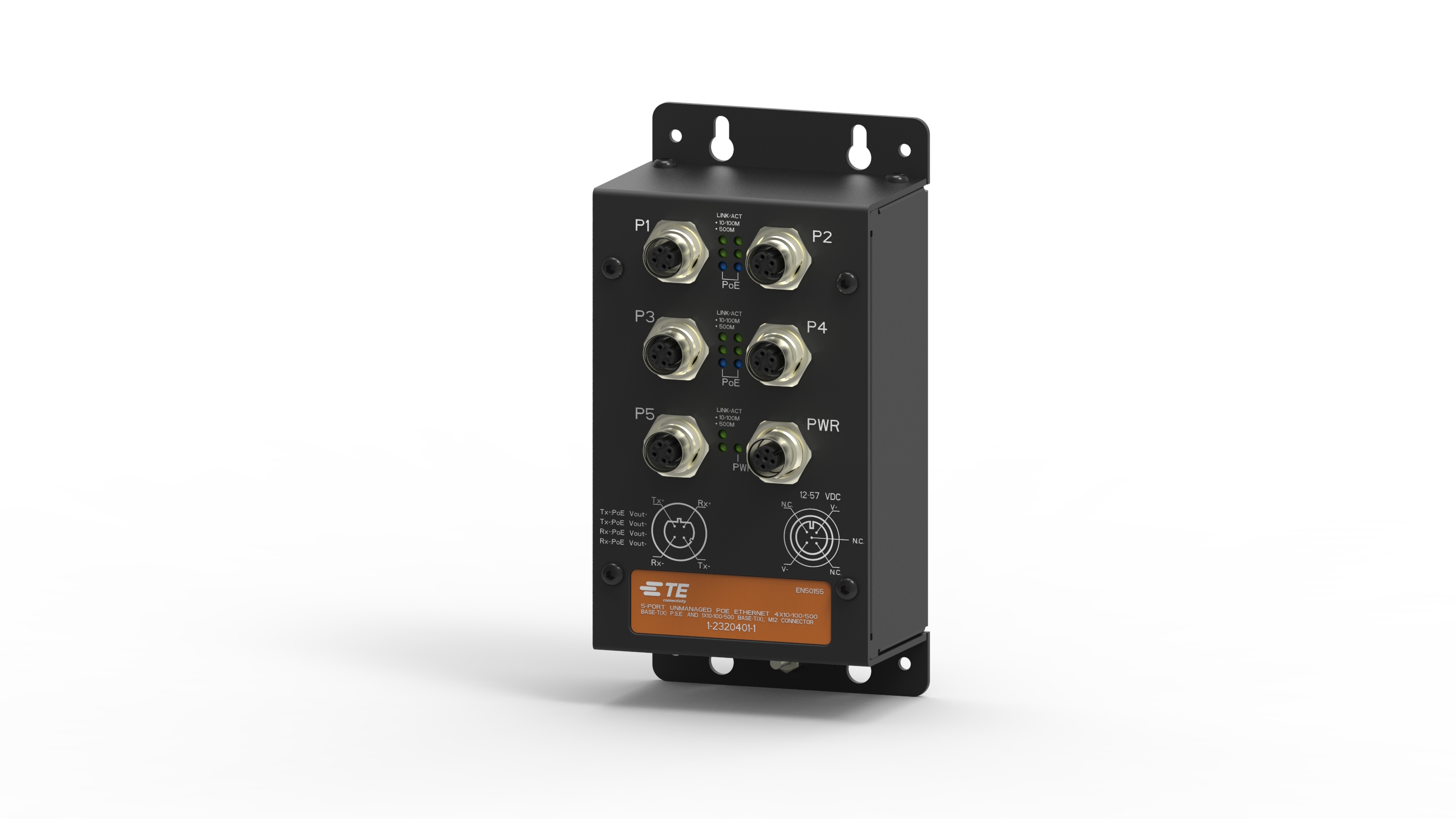