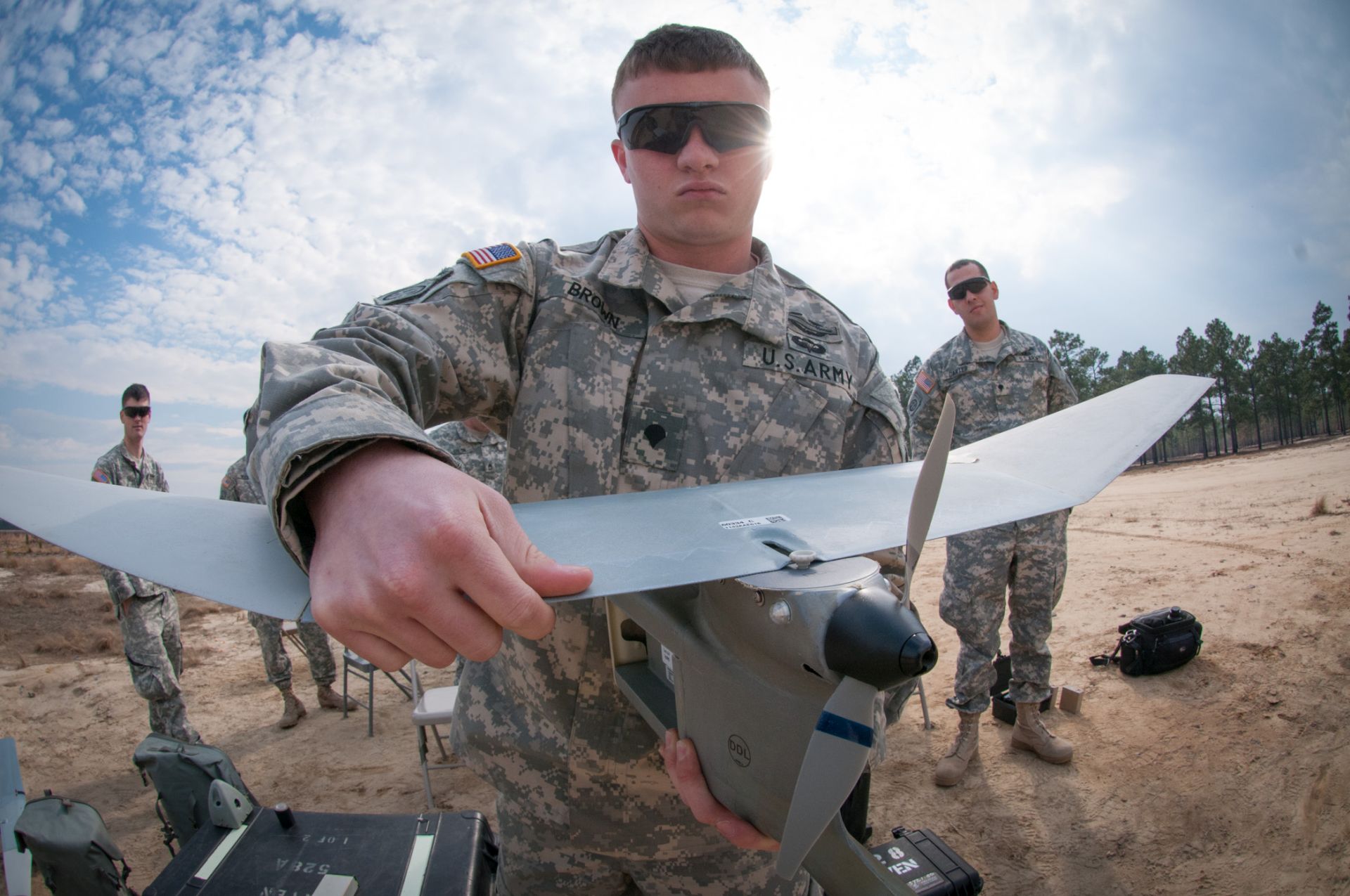 “It’s a tactical capability working at a strategic distance.”

That’s what Army Col. Courtney Cote told a gaggle of mostly aviation and aerospace media at the Association of the United States Army Annual Meeting and Exposition, or AUSA, Tuesday. He was talking about unmanned aerial systems – the new player on the battlefield that, Cote asserts, is here to stay.

Assigned as the program manager for all Army unmanned aircraft, the colonel exudes an enthusiasm for the capability’s potential, and a realist’s view of the questions and challenges that must be addressed.

The bottom line is “the Army’s interest in increasing our lethality,” Cote said, but he acknowledges that the real bottom line – the defense budget – will drive the train.

But when asked by a reporter for his view of the future, including his “wish list,” he did not hesitate.

“We want to be scalable and we want universal operator systems with common interface,” he said, pointing to a growing number and variety of unmanned aircraft that are expected to be fielded across some 15 company-sized Army units, including those based on Fort Hood, Texas, Fort Riley, Kansas, and Fort Stewart, Georgia.

“Wish list? Anti-jam, integrity of communications links … a system that does more and yet is smaller,” Cote said.

He and his boss, Col. Tom Voneschenbach, work off a set of questions that fuel the systems’ continuing development and tweaking.

“How do we physically lighten an unmanned aircraft’s load while increasing its capability,” Voneschenbach asked. “At what echelon do we deploy a given system? What platform do we use? What is the right configuration? How do we reorganize our capabilities? How do we best train our operators?”

Those kinds of questions echo Army Chief of Staff Gen. Mark A. Milley’s promise that the next war won’t be like the last one, and they also reflect the theme of this year’s AUSA Annual Meeting and Exposition: “Win in a Complex World.”

In the meantime, unmanned systems are “already saving lives,” said Maj. Olivia Nunn, a public affairs officer assigned to the Army’s media relations division. “In combat, to have something not human looking around a corner is a good thing.”