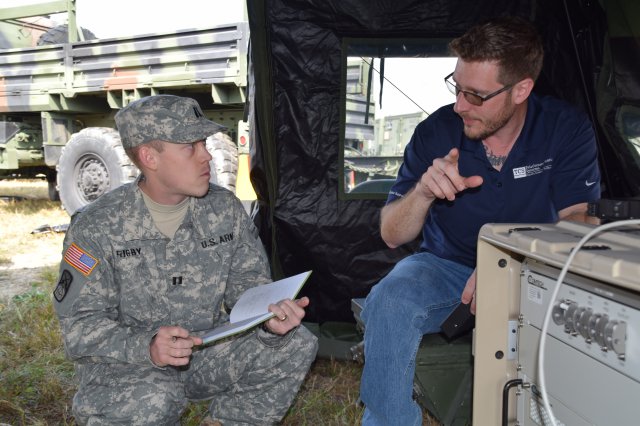 Soldiers, assigned to the 35th Air Defense Artillery, or ADA, Brigade, were armed with a new communications capability this week after months of integration with U.S. Army Patriot missile systems across the Korean peninsula.

“The first thing we would expect any enemy to attack is power and communications,” said Walter Plucinski, a telecommunications support engineer. “Allowing a Patriot unit to operate with organic SNAP/TROPO provides greater resiliency from such an attack while creating a more robust communications network for our Soldiers.”

The TROPO systems provide Patriot units with redundant means of communication to fill pre-existing gaps in the Patriot’s communications infrastructure.

The 35th ADA Brigade is the only permanently, forward-stationed Patriot unit in the U.S. Army.