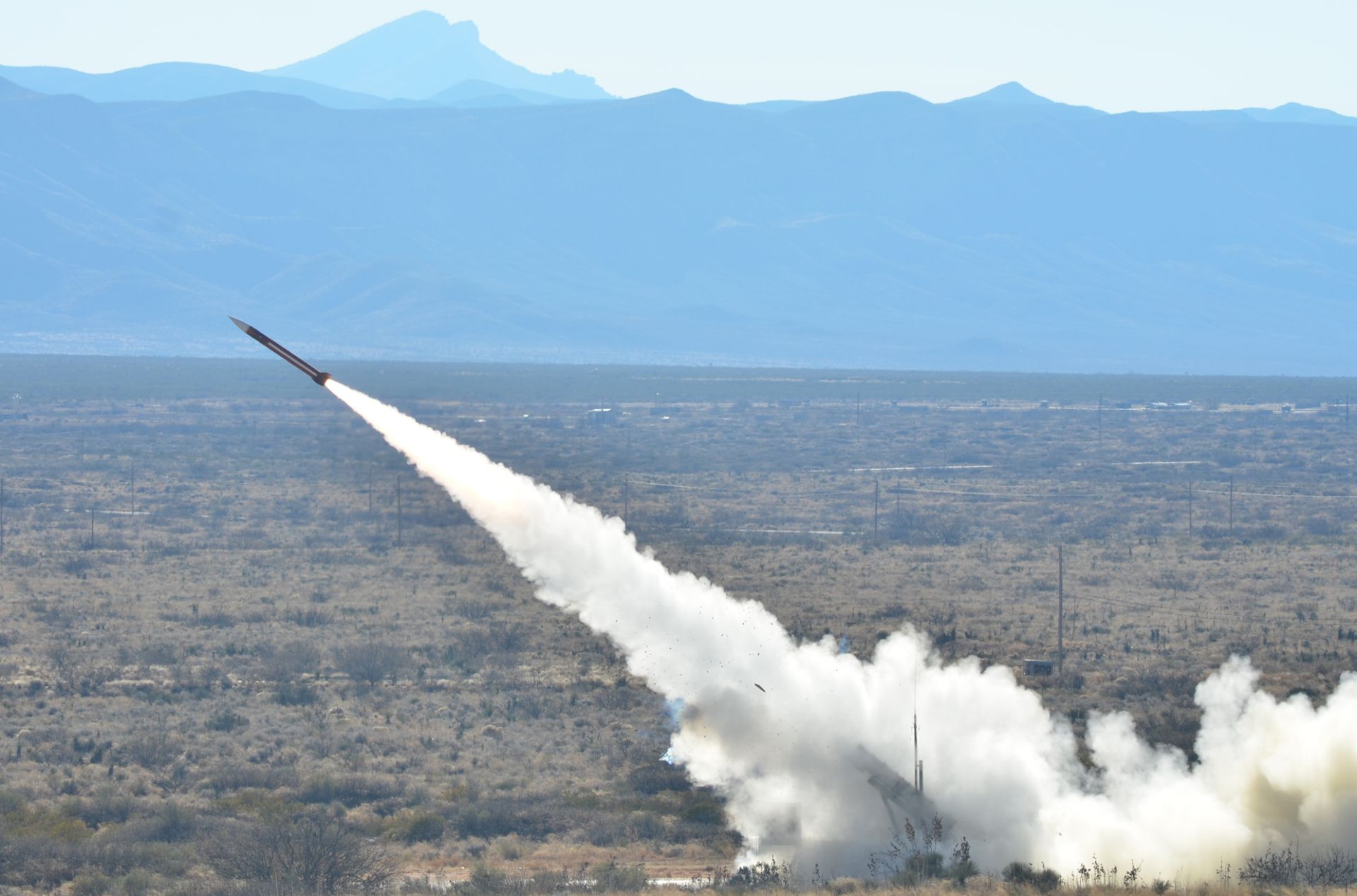 Due to the success of an Army inspection program, the average shelf life for missile systems has been extended from 7.9 to 22.6 years. Here, an Air Defense Artillery Patriot missile blazes forth from a remote launch site at McGregor Range, New Mexico, Dec. 8, 2014.

As consumers, many of our items contain a “use by” or “best before” date. In the aviation and missile community, the same principle applies to its weaponry arsenal.

AMRDEC, one of six U.S. Army Research, Development, and Engineering Command centers, executes this program within its Engineering Directorate.

“This program tests missiles to make sure they are still safe and reliable as the system ages,” said Megan Shumate, AMRDEC general engineer. “All missiles have an initial shelf life from the date of manufacture. The Stockpile Reliability Program [SRP] evaluates the missiles as they approach their shelf life expiration to see if we can extend the useful life of system to make the Army’s return on investment greater.”

The SRP is the sole mechanism for assuring the continued safety, reliability, performance and availability of the U.S. Army missile inventory per Army Regulations 702-6 and 740-1. AMRDEC, PEO MS and Army Aviation and Missile Command, or AMCOM, collaborate to plan, execute and manage the SRP for all U.S. Army missile systems.

The SRP consists of component testing, flight testing and surveillance to collect data on the tactical stockpile. Additionally, users in the field submit a Missile Firing Data Report for all combat and training firings. These four sources provide an overall inventory analysis.

The component test is conducted annually through a statistical sample of missiles. All components are tested to see if they have degraded over time. It provides the best data for predicting continuing performance. Most of the SRP testing is conducted at Redstone Arsenal in partnership with Redstone Test Center, or RTC.

“Every person involved in this process is a team,” said James McGinnis, AI Signal Research, or ASRI, Inc. “We provide support to RTC but we are all accountable to make sure the job gets done right.”

The flight test fires a statistically-representative sample of the tactical inventory. Flight testing provides an indication on how well the missile performs in various temperatures and environments. It gives the SRP the best snapshot of current reliability.

“As we continuously test and evaluate the system over its life cycle, the data and analyses are summarized in a report where we provide a shelf life extension recommendation for the missile system,” Shumate said. “We’ve been able to double the shelf life of most missile systems through the Stockpile Reliability Program. This provides a huge cost avoidance to the Army because they can maximize the useful life of their current inventories while avoiding having to purchase new missiles as often.”

Due to the success of the program, the average shelf life for missile systems has been extended from 7.9 to 22.6 years.

AMRDEC partnered with PEO and AMCOM to provide technical support to foreign military sales customers and the U.S. Navy and U.S. Air Force through its joint SRP and field surveillance programs, or FSP. The FSP and Joint SRP offer a multitude of benefits to the joint servicemen and foreign partners.

A joint SRP reduces the quantity of U.S. Army assets destroyed for component and flight test purposes. The partners share in the lessons learned and technology advances to improve missile reliability or maintenance.

“Our goal is to make sure that any missile is safe and reliable for the warfighter to use in tactical operations,” said Jimmy Kennamer, ASRI senior engineer and team lead. “When we identify and remove failing missiles, the warfighter can be confident that the weapons they are using will work when they need them.”