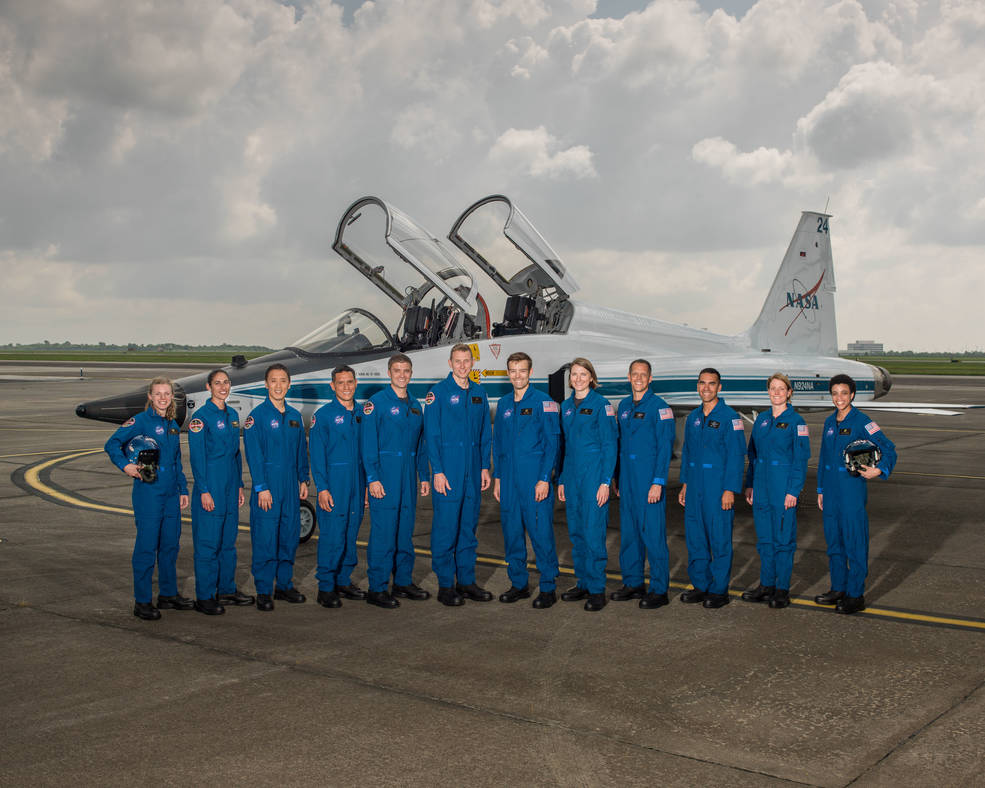 Yesterday, NASA announced the next group of astronaut candidates, including several engineers.

This class of 12 people will undergo two years of training at the Johnson Space Center and around the world, with the eligible candidates starting service in 2019 on missions involving the International Space Station, commercial spaceflight companies, the Orion spacecraft, or the Space Launch System rocket.

Many candidates have both military experience and a background in engineering or science. Candidate Kayla Barron graduated from the U.S. Naval Academy with a Bachelor’s degree in Systems Engineering and from the University of Cambridge with a Master’s degree in Nuclear Engineering. Raja Chari also comes with a background in astronautical engineering and engineering science from the U.S. Air Force Academy and MIT, and has worked as a test pilot. The complete group includes electrical engineers, aerospace engineers, and one geologist, Jessica Watkins.

Biographies of the entire group can be found here.