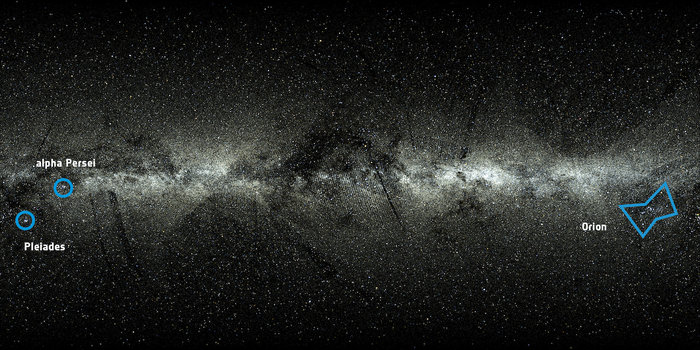 A view of the starfield seen by the Gaia satellite, released on June 9, 2017. Image credit: ESA

Today in space news from the other side of the pond, the European Space Agency’s Gaia and Hipparcos satellites give us a view of the Orion constellation. The hunter’s belt is one of the most familiar sights in the night sky for stargazers. Like other constellations, the distance can be deceiving. Those seemingly stable stars are continually moving. A video based on measurements from the two satellites show how the constellation might change slightly as its stars move. Luckily, this shouldn’t change anyone’s nighttime views for a long time; the projection shows changes taking place over 450,000 years.

More information can be found here.