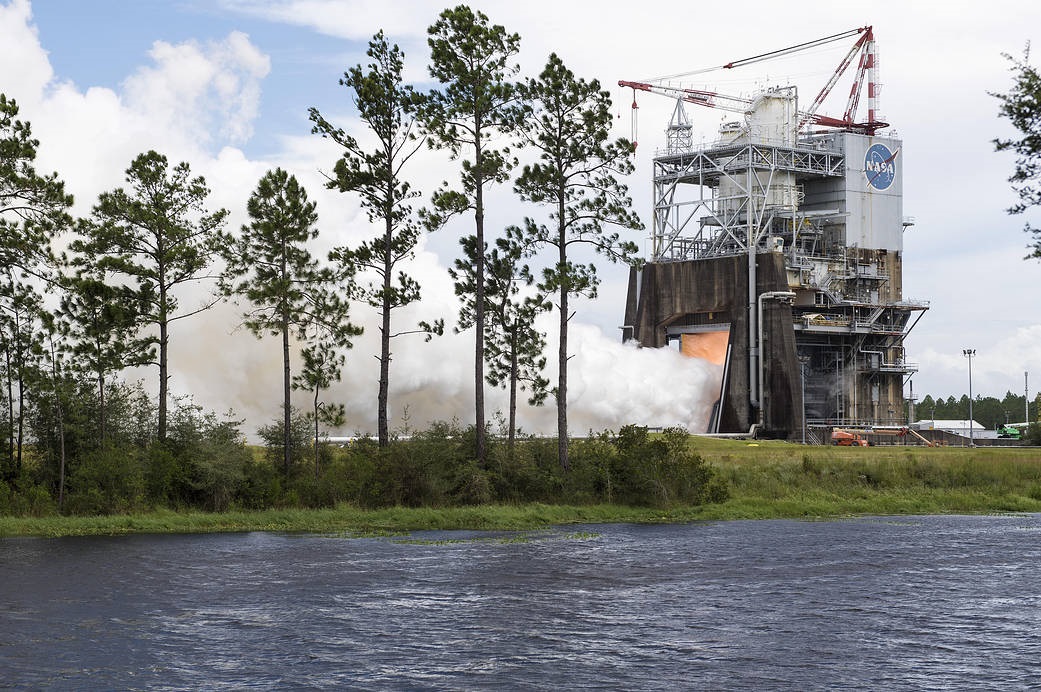 The RS-25 engine is the legs for the Space Launch System, the enormous rocket NASA hopes will carry humans to Mars. It’s being tested at the Stennis Space Center in Mississippi, and produces a truly impressive amount of noise and heat during hot fire testing. The latest video of the rocket being hot fired was taken on Aug. 30 during the last hot fire test of the summer. It includes the 500-second test of the flight controller, the “brain” which monitors and controls the engine. NASA team members hope to see four of these RS-25 engines and flight-tested controllers launch with the Orion spacecraft and the Space Launch System in an uncrewed test first, called Exploration Mission-1.