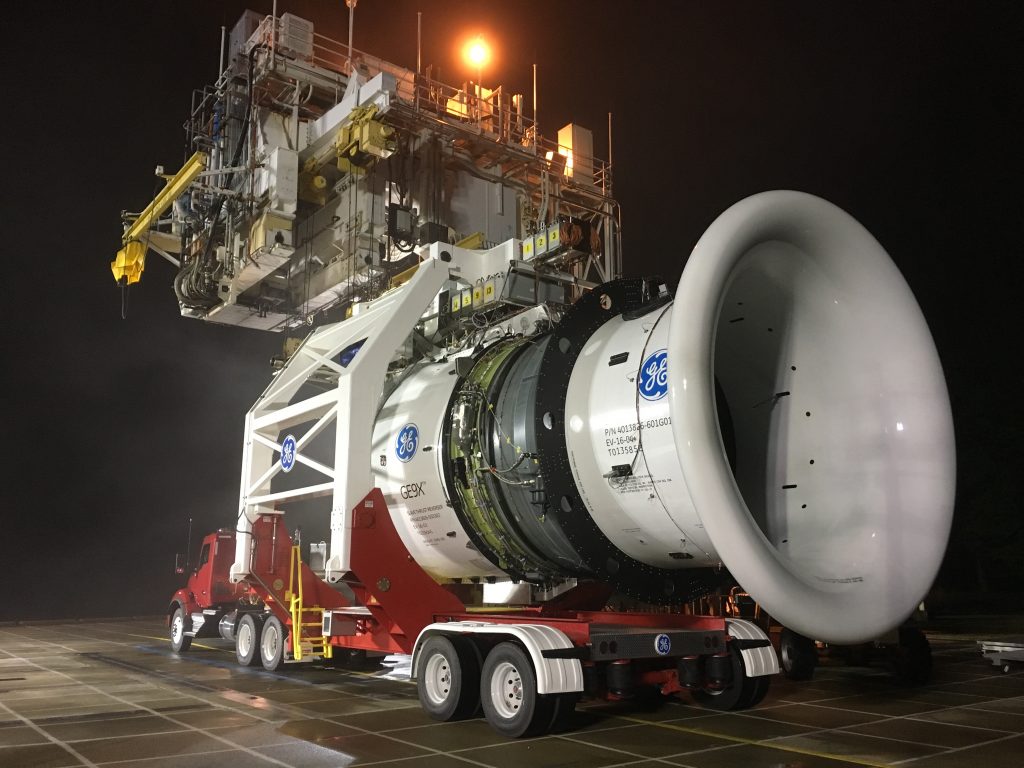 Lately, we’re all about planes. While many different kinds of aircraft are available to see at the Paris Air Show now, one of the world’s largest jet engines started certification in Ohio on June 20.

GE Aviation’s GE9X is destined to drive the next-generation 777X passenger jet. Eight of these engines in total will be created for the first round of the certification program. The first has already completed 335 hours of testing, which included weather simulation and exposure to dust and debris. A second engine is now on the test bed. Nearly 700 engines in total have been ordered from GE. The video below shows ice blasting out around the first engine in test in order to simulate conditions a plane might fly through in inclement weather.

More information can be found here.