Einstein’s time-dilation hypothesis states “that time slows down the faster you travel,” according to the European Space Agency (ESA). Flying atomic clocks aboard aircraft have verified the hypothesis, and astronauts on the International Space Station (ISS) are continually studying their perception of time in space.

Right now, ISS astronauts are traveling at 17,895 mph (28,800 km/h), which is so fast it’ll make them 0.007 seconds younger when they return home.  In accordance to Einstein’s prediction, astronauts on the space station say that “time seems to speed up in microgravity,” according to the ESA. How time is perceived in space is important to understand, since precision is key in many non-terrestrial experiments, so astronauts are using virtual reality (VR) to learn more, testing reaction times and time duration.

Astronauts don VR headsets to eliminate variables during the experiment. When objects pop up in the virtual world, astronauts must record how long the target appeared on the screen. The experiment will also take note of astronauts’ reaction times to these prompts.

The experiment will occur on Earth before they embark on their off-planet journey, while on the space station, and one final time when they return to Earth. Scientists will compare the findings.

According to the ESA, astronaut Alexander Gerst was the first person to take part in the study in 2018. Last year, Gerst also worked with CIMON, the robotic astronaut assistant, aboard the ISS for 90 minutes in the station’s Columbus module. 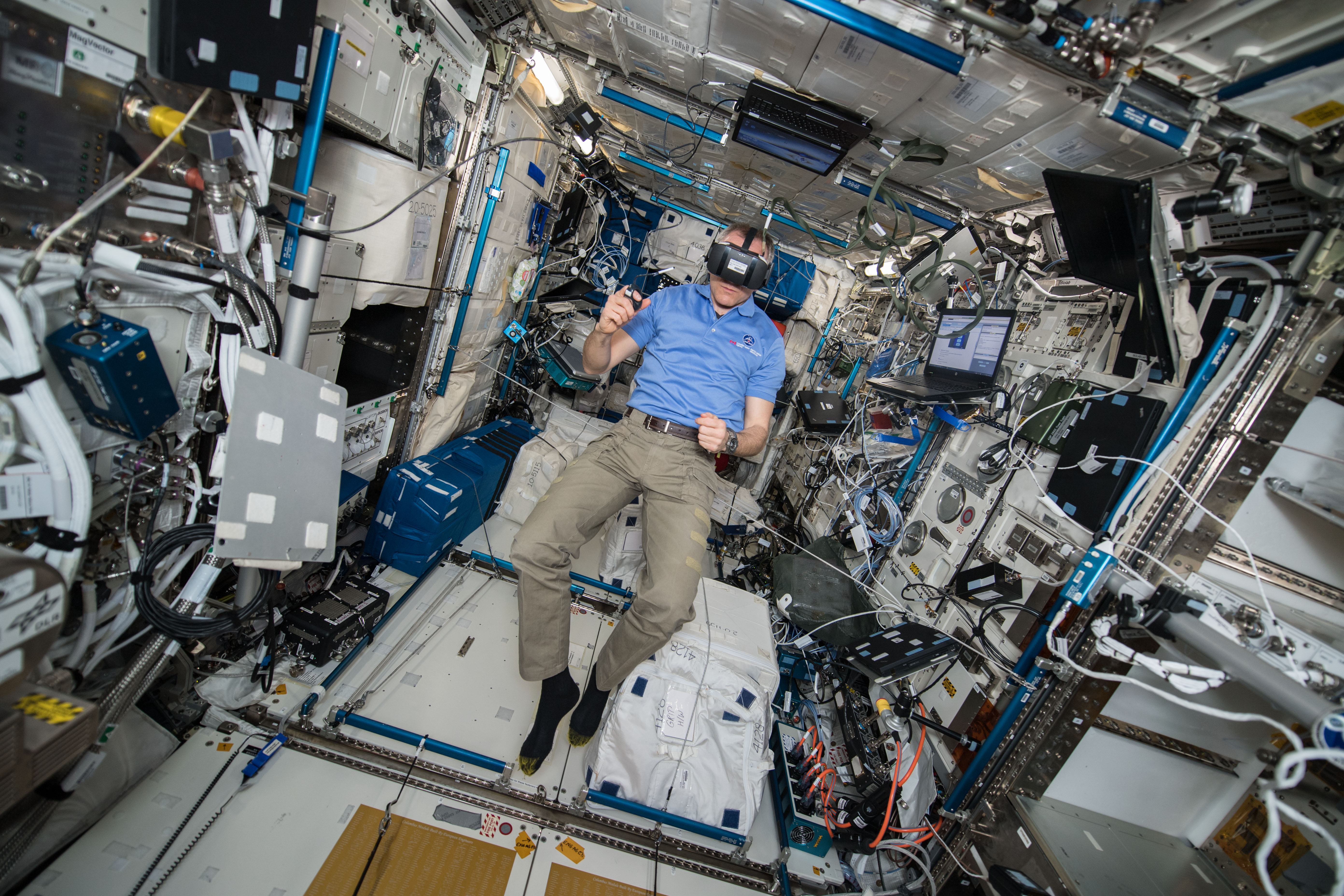