VTT’s hyperspectral imager continues to observe the earth on board the Aalto-1 nanosatellite. For hyperspectral imagers it is unique to reach such a small size and weight, and also to prove a capability to survive in harsh space conditions on-board a small satellite. It has even survived a grade X solar storm while still continuing to supply high-quality data.

The hyperspectral camera on Aalto-1 operates in a wavelength range of 500–900 nanometres and is half a cubesat unit (0.5U) in size, or 5 cm x 10 cm x 10 cm. While the camera is up in space, it has been possible to program the operation wavelengths from Earth, which makes it easy to scale the same camera hardware to enable different applications.

The spectral image was taken over central Africa in August, and it shows and the Tshuapa river near Mbandaka. The “red edge” of vegetation is clearly visible: the reflectance of the forest rapidly increases around 700 nm.

“It is much more difficult to distinguish these features from the regular camera image of the same target. Hyperspectral imaging can help distinguish information which is not visible from regular images”, comments Senior Scientist Antti Näsilä on the recent land-target images received from Aalto-1.

“The severe solar storm in fall 2017 was the ultimate test for the ability of our hyperspectral camera technology to withstand extreme space conditions”, says Näsilä.

Since small satellites are cost-efficient to launch, it is possible to form constellations of multiple smallsat instruments, which can provide global observation data with better real-time coverage than traditional satellites. This makes it possible to use space technology in the creation of novel service concepts on Earth based on data and AI, expanding to completely new markets such as insurance and agriculture.

VTT’s next new instrument waiting to be launched to space soon is the world’s first CubeSat near- and short-wave infrared (NIR/SWIR) hyperspectral imager.

“Data obtained from this new spectral range increases the application potential significantly, because the infrared range beyond the visible wavelengths contains much more information about the chemistry and composition of measurement targets. This type of data is useful for example in creating novel service concepts for agriculture or in analysing composition of asteroids”, says Research Team Leader Anna Rissanen.

VTT’s hyperspectral imaging technologies have been developed for a wide variety of wavelengths as well as applications. ”We are constantly looking for partners both from industry and academia in order to create societal impact”, says Rissanen. 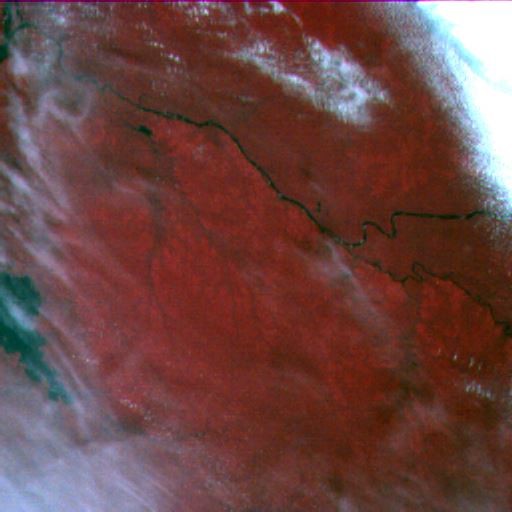 Figure 1: Spectral image taken over central Africa shows and the Tshuapa river near Mbandaka. The “red edge” of vegetation is clearly visible: the reflectance of the forest rapidly increases around 700 nm. In the image 750 nm is visualized by red pixels, 670 nm by green pixels and 565 nm by blue pixels. (Image Source: VTT) 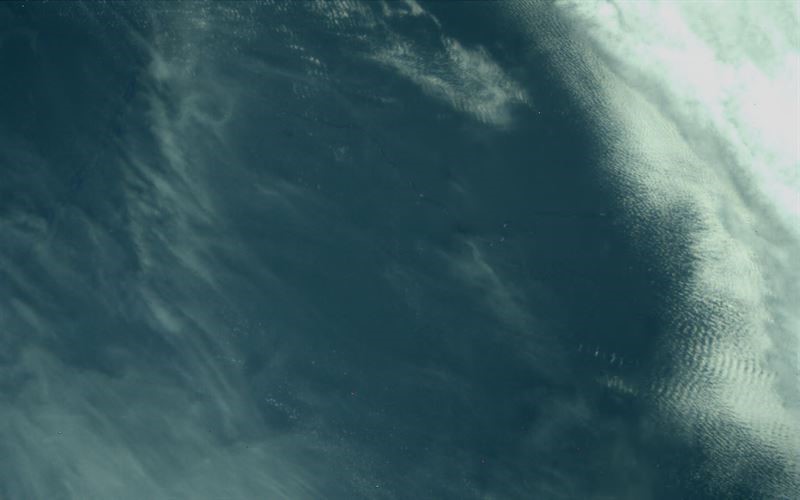 Figure 2: Regular camera image of the same target taken at the same moment as the spectral image. Features of the rainforest are much more difficult to distinguish due to the scattered light from the atmosphere. (Image Source: VTT)