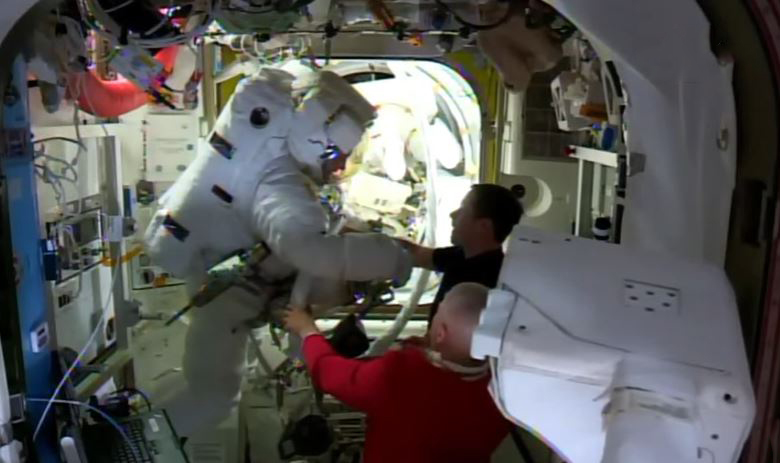 A pair of NASA astronauts, Expedition 51 Commander Peggy Whitson and Flight Engineer Jack Fischer, are preparing to complete the 200th spacewalk in support of the International Space Station.

The spacewalk will be broadcast on NASA Television and streamed live online.

During their time outside the station, Whitson and Fischer will replace an avionics box situated on the station’s starboard 3 truss. The box supplies electricity to a variety of science experiments.

The pair of astronauts were originally scheduled to also replace a selection of replacement hardware and spare parts stored outside the station but a water leak in a component of one of the two space suits forced a delay. As a result, NASA officials decided to limit the time spent outside the station to four hours — only enough time to accomplish the primary objective.

Whitson will don the suit with red stripes. This is her ninth spacewalk, and she hold’s the record for most spacewalks executed by a female astronaut. The historic spacewalk will be Fischer’s first.