Obi the parrot volunteered to help Stanford scientists better understand how animals achieve flight. Before any tests were conducted, the team had to ensure Obi was safe. Remember, safety first. Scientists used lenses from a human pair of laser safety goggles, veterinary tape, and 3D-printed sockets to create an adorable pair of bird-sized eye gear. In order to track Obi’s velocity, reflective markers were placed on each side of the tiny goggles. 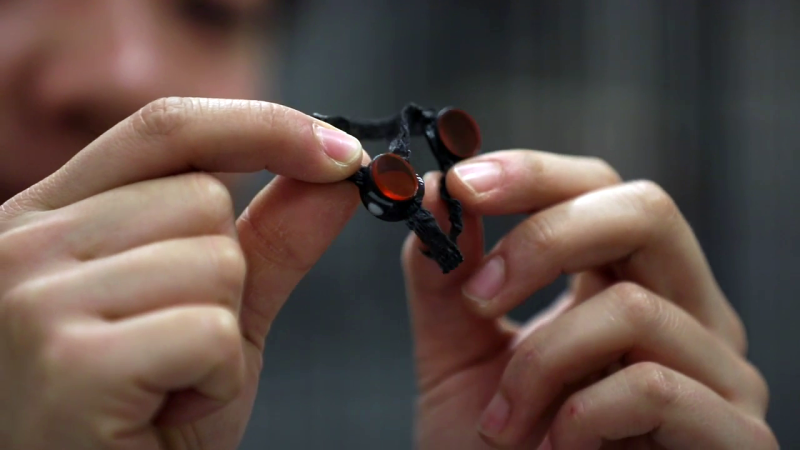 After some bird-training sessions, the experiment was ready to begin. The task was simple: Obi had to illuminate nontoxic, micron-sized aerosol particles by flying through a seeded laser sheet. The team could detect the wing motion by analyzing the disturbed particles.

Obi’s daring flight helped the research team compare three popular mathematical models that represent animal flight. After analyzing the data from the high-speed camera, the team concluded that all three of the models were inadequate. Actual bird flight is much more complicated than the mathematical models indicated.

“Many people look at the results in the animal flight literature for understanding how robotic wings could be designed better,” said Stanford mechanical engineer David Lentink. “Now, we’ve shown that the equations that people have used are not as reliable as the community hoped they were. We need new studies, new methods to really inform this design process much more reliably.”