Three adrenaline-seeking jetmen joined the Patrouille de France in a spectacular aerobatic dance. Yves Rossy, Vincent Reffet, and Fred Fugen daringly flew through the sky during a nine-minute aerial demonstration above the village of Saint-Chrsitol in the southeast region of France. 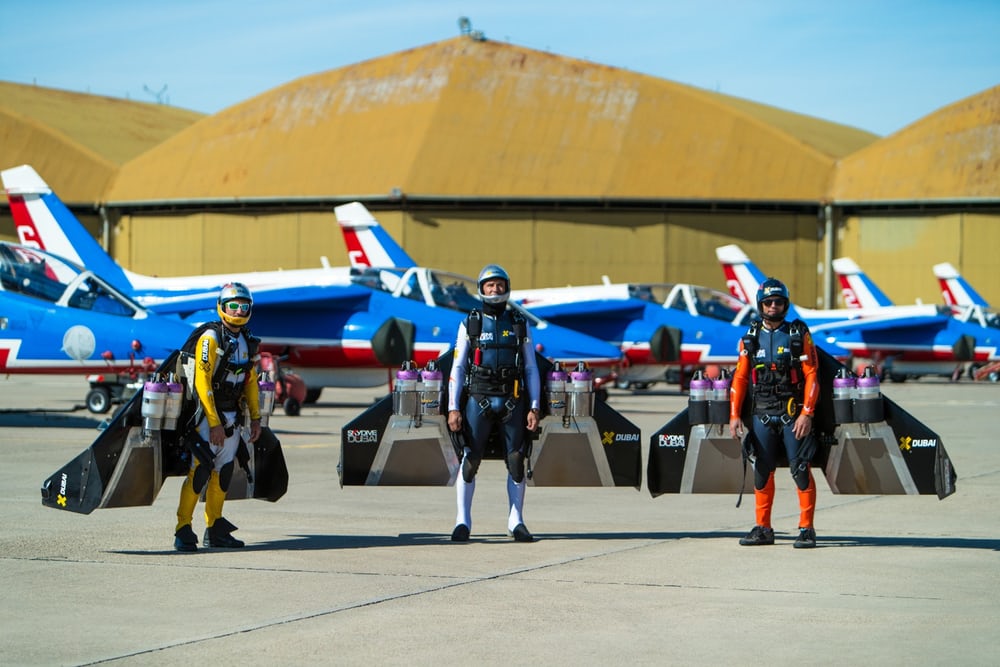 The Patrouille de France is reported as the world’s oldest aerobatic demonstration team, and the skills of the pilots are beyond measure. Each jet pilot had to coordinate their actions with laser-like precision. The human flyers shared this extreme concentration, using body adjustments to sustain their position only a few measly feet away from the adjacent Dassault Alpha jets.

Squadron Leader Christophe Dubois said the following words after the high-octane performance, “What a fantastic experience for us, as pilots, to be able to fly in formation with these men.”

The world’s first formation flight was captured by Airborne Films in the spectacular video below.