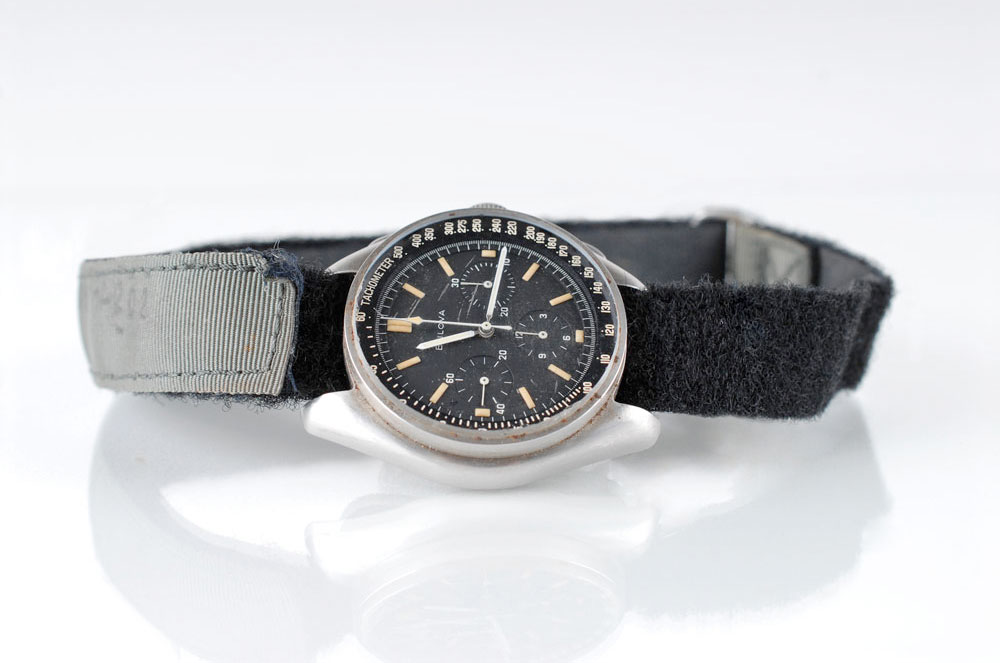 An exceptionally rare watch worn by an American astronaut on the Moon which bears remnants of lunar material has sold for more than $1.6 million, a US auction house said Friday.

Dave Scott, the commander of the 1971 Apollo 15 mission, wore the Bulova Chronograph while conducting experiments on the Moon after his standard-issue Swiss Omega became damaged.

It is the only watch worn on the Moon in private hands and was bought by a Florida businessman in a frenetic, 12-minute bidding war with a rival in Britain, said Boston-based RR Auction.

It was exposed to the lunar surface for more than four hours, and bears remnants of chalky, ash-type lunar material on its band and scratches on its face, the auction house said.

“It’s worth what it sold for,” Bobby Livingston, Executive VP at RR Auction, told AFP. The watch “played a major role in the safety of the mission,” he added.

The dozen American men who have walked on the moon all wore NASA-issued Omega Speedmasters, which are considered US government property, and many are housed in institutions.

Omega won the contract to equip the Apollo program, bidding against five or six other companies, but Bulova was determined to get NASA to change their mind, testing their watch rigorously against the Speedmaster, Livingston said.

After he returned to the cabin following his second moonwalk, Scott saw that the crystal of his Omega had popped off, so for his third moonwalk, he strapped on his personal backup, the Bulova.

“Among the decisions I made, the monitoring of time was perhaps most important,” said 83-year-old Scott in a detailed five-page letter that accompanied the sale.

Timing was the only way he could know how much oxygen was left in his life-support system, as he risked his life on a mission where every moment was filled with conducting experiments.

Until now, the watch has been in his personal collection. He offered it for sale to help raise money to support scholarships for the next generation of astronauts, RR Auctions said.

Scott used the watch during the four hour, 49 minute and 50 second mission on the Moon’s surface, during which he drove the lunar rover in the open air, gathered lunar material and conducted other scientific experiments, Livingston told AFP.

“The scratches on the crystal are just amazing, because it just shows you what conditions the Bulova was under,” he said.

Scott is photographed saluting the American flag on the Moon with the watch strapped to his left wrist and after splashing down to safety in the ocean with a big smile on his face.

“Bidding was incredibly fierce and emotional, it was great,” Livingston said. “The live portion took about 10-12 minutes.”

The watch was the highlight of a space and aviation auction, which sold just under $3 million worth of items in 400 lots.

Another standout item was the Mercury 9 flight plan roller used by Gordon Cooper, the first American to spend more than 24 hours in space, which sold for $89,775.

Apollo 15 was the fourth manned lunar landing mission and the first to visit and explore the moon’s Hadley Rille and Apennine Mountains on the southeast edge of the Sea of Rains.