Some of the most famous scientific discoveries happened by accident. From Teflon and the microwave oven to penicillin, scientists trying to solve a problem sometimes find unexpected things. This is exactly how we created phosphorene nanoribbons – a material made from one of the universe’s basic building blocks, but that has the potential to revolutionize a wide range of technologies.

We’d been trying to separate layers of phosphorus crystals into two-dimensional sheets. Instead, our technique created tiny, tagliatelle-like ribbons one single atom thick and only 100 or so atoms across, but up to 100,000 atoms long. We spent three years honing the production process, before announcing our findings.

The two-dimensional ribbons have a number of remarkable properties. Their width to length ratio is similar to the cables that span the Golden Gate Bridge. Their incredibly uniform but manipulable width allows their properties, such as whether and how they conduct electricity, to be fine-tuned. They are also incredibly flexible, which means that they can follow the contours of any surfaces they’re put on perfectly, and even be twisted.

More than 100 scientific papers predicted the transformative potential of these nanoribbons, should it be possible to create them, across a range of technologies – some as many as five years prior to the publishing of our discovery in Nature.

Perhaps the most important of these is in the area of battery technology. The corrugated structure of phosphorene nanoribbons means that the charged ions that power batteries could soon move up to 1000 times faster than currently possible. This would mean a significant decrease in charging time, alongside an increase in capacity of approximately 50 percent. Such performance gains would provide massive boosts to the electric car and aircraft industries, and allow us to much better harness renewable energy to eliminate reliance on fossil fuels even on grey, calm days.

It also means that in future, batteries could use sodium ions instead of lithium ions. Known lithium reserves may not be able to meet huge projected increases in battery demand, and extraction of the metal can be environmentally harmful. Sodium, by contrast, is abundant and cheap.

The field of electronics may also be thankful for nanoribbons. Moore’s law observes that computer processing power doubles every two years, but this rate is in danger of slowing down as the physical limits of materials are being fast approached. Using ‘2D’ materials like ours could redefine these limits, allowing us to make ever-smaller and faster devices.

The ribbons could solve another major roadblock in this area – how to electrically connect nanomaterials without creating large resistance (and therefore energy loss) at the joins. Several-layer thick versions of phosphorene nanoribbons can be seamlessly split into ribbons with different heights and electrical properties, circumventing the usual engineering requirements of connections. Thanks to this, high-efficiency solar cells could now be much closer to entering into reality. 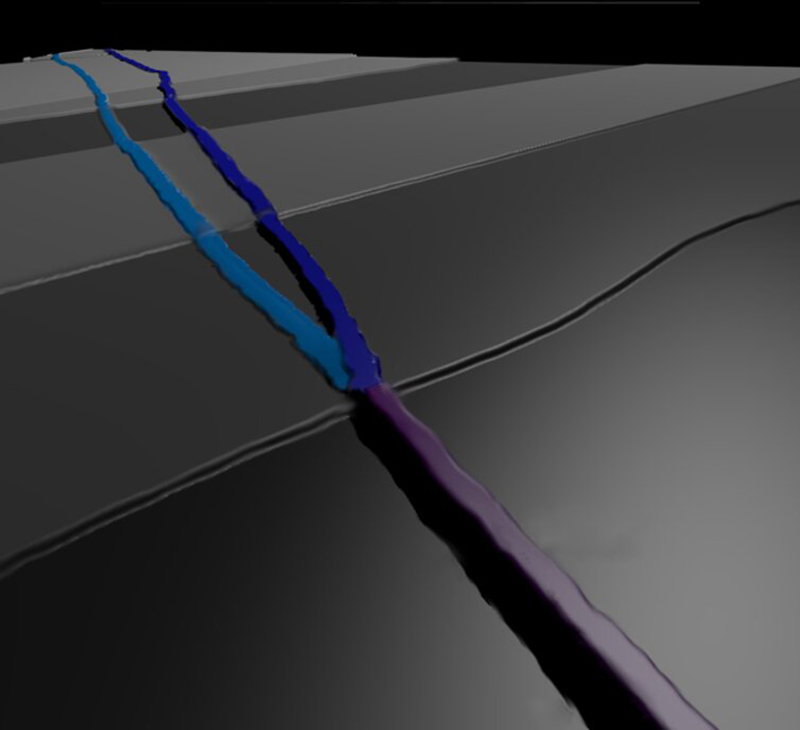 The phosphorene nanoribbons’ flexibility and thermoelectric properties mean that they could also be embedded in wearable fabrics, and used to convert waste heat into useful electricity. For example, we could soon see thermoelectric t-shirts that function as heart and blood sugar level monitors, all powered by body heat alone.

The technology could unlock the potential of hydrogen as an efficient and low-carbon fuel. The gas is abundantly available in water and only produces oxygen as a byproduct when extracted. However, finding a way to do this cheaply has thus far eluded scientists. Water molecules can be split through a process called photocatalysis, but the method requires a material that absorbs lots of light, and whose energy properties match up well with water. Nanoribbons are predicted to have exactly these qualities, as well as a high surface area that would maximise contact with water, making it a promising candidate to crack the hydrogen-production conundrum.

Encouragingly, phosphorene nanoribbons have already navigated major obstacles on the route to commercialisation. Finding a scalable production method like ours takes years for most new materials, and some never see the light of day. Added to this, phosphorus is a relatively abundant and easily extracted material in the Earth’s crust. And since our ribbons are already formed in liquids, inks or paints can easily be produced to manipulate them at scale using low-cost methods such as spray-coating or ink-jet printing.

Producing these ribbons is however just the first step towards revolutionizing the above technologies. Much research now needs to be carried out to test theoretical predictions, and investigate the extent to which the properties of the ribbons can be tailored for specific applications. As the 20-year plus journeys of Teflon, lithium batteries, and Velcro show us, the road from discovery to use can be long. But with society increasingly moving away from fossil fuels, we expect that road to soon be well-traveled.