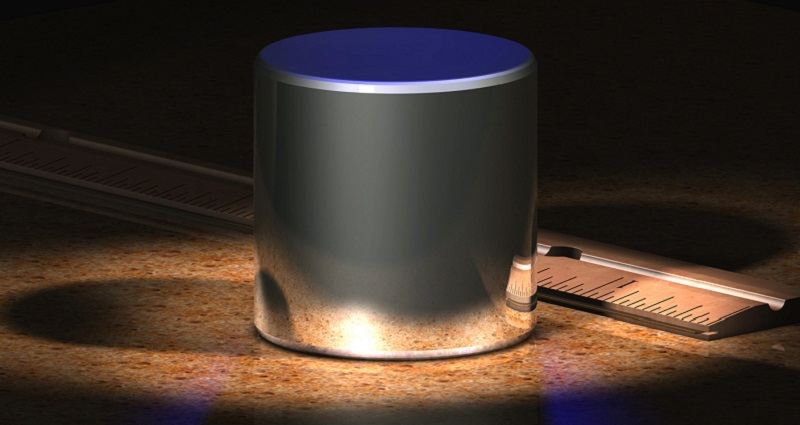 How much is one kilogram? It’s a question that has caused a lot of debate.

This week, the International Committee for Weights and Measures (CIPM) will gather to redefine the unit of measure.

The kilogram is tricky because it is the only SI (Systeme International) unit of measurement still traced from a single physical object. Le Grand K, a platinum and iridium cylinder stored under high security in Paris, is the standard for the kilogram, but the committee says they now have the data to create a definition based not on the cylinder, but on mathematical constants.

While the cylinder is historic, having been the quintessential one-kilogram item for 126 years, the problem with it is that physical objects decay: even if it isn’t damaged on the macro level, it will eventually lose or gain atoms. A mathematical definition can also more easily be shared with anyone around the world who needs the exact measure.

This new look at the kilogram is part of a wider redefinition of units of measure such as the ampere, mole, and kelvin, all of which will be under discussion by the CIPM in 2018.

One of the most difficult aspects of this was getting the three numbers generated by three groups of researchers and two different measurement methods to match. One method counted all of the atoms in two silicon spheres, each of which weighed the same as Le Grand K. Another method weighed a test mass using a device called a watt balance.

There would have been a problem if the groups couldn’t get the same results, Richard Davis, former head of the mass vision of the International Bureau of Weights and Measures, told Nature.

It took three years for the teams to make progress on the work. The Measurement Science and Standards laboratory in Canada, one of the groups using a watt balance, came up with a number very similar to that developed by the group with the silicon spheres. The U.S. National Institute of Standards and Technology also managed to bring their number incrementally close to the other two. By August 2015, the uncertainty between the three was down to 12 parts per billion, within acceptable parameters according to the CIPM.

There is still a chance that further calculations could come up with a different result, forcing the groups to re-evaluate. Either way, the CIPM will meet again on Oct. 15 and Oct. 16 to discuss the draft of the redefinition for the kilogram, among the several other units of measure up for re-evaluation.