***Editor’s note: This blog is part of the “Drone of the Week” series. If you have an idea for a story, please email [email protected]***

There’s something I need to get off my chest, dear readers: (ahem) I’m twenty-eight years old, and I’m addicted to Pokemon GO.

The recent Nintendo smartphone game is taking the world by storm. (Case in point: I was at the grocery store on Saturday, and I could hear the game’s theme music emanating from the phones of passersby around me in the produce section.) 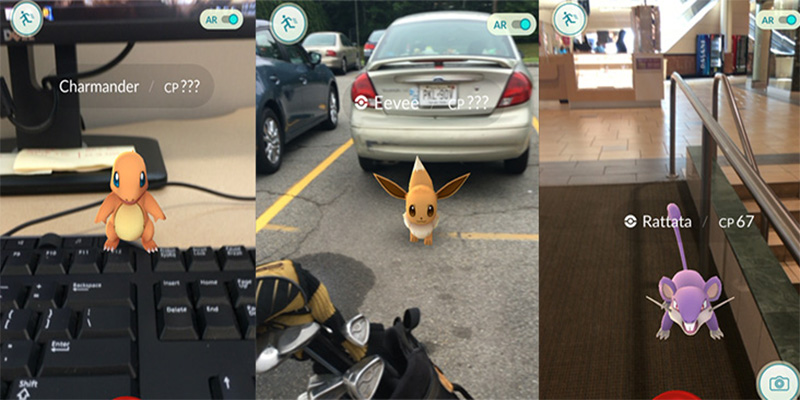 Since downloading the game last week, I’ve caught Pokemon at work, the driving range, and the mall (just to name a few).

Via augmented reality, the purpose of Pokemon GO is to walk around and catch the titular virtual monsters that “appear” in the real-world. The game is causing throngs of people, in an attempt to reclaim the nostalgic glories of their childhood, to wrack up their phone data (sorry, mom) and accidentally get more exercise than they’re used to.

In a nutshell, the game is bringing out the good and the bad (see: robbers lure victims via Pokemon Go) in its users.

It’s also bringing out the creative.

One Massachusetts man rigged his phone to his drone, increasing his gaming range without the accompanying plantar fasciitis befalling many a budding Pokemon Master.

The man, Liam (or Perchbird, as he’s known on Tumblr), duct-taped his phone to his Phantom 3 Standard aircraft and uses an app called AirDroid, which allows him to access his phone (and thus the game) remotely via his laptop.

Despite the apparent ingenuity, the system relies on WiFi, which means Liam can only maneuver his drone in a 50-foot radius around his Internet router. “If I was on data, it would work much better,” he told Gizmodo. “The drone can go around 1,500 feet away from me, and that is the estimated range of using Pokemon GO on a phone duct-taped to a drone.”

Right now, Liam can get away his “cheating” because he lives in a suburb, which means the drone isn’t swooping mercilessly into crowded areas (where, unfortunately, a lot of Pokemon tend to congregate).

Even so, Liam is probably on to something. Considering the number of flying Pokemon in (digital) existence, it’s only a matter of time before the game integrates an aerial component, allowing users to use their drones to catch ’em all.

The FAA better brace itself.