Designers and engineers typically try to avoid or mitigate friction in linear motion systems. Although friction isn’t always bad — in some applications, it can provide a damping effect and help improve servo tuning — when it comes to linear motion systems, it increases the amount of force required to move a load, creates heat, increases wear, and reduces life.

One of the primary ways to reduce friction in linear motion systems is to use components with rolling, rather than sliding, contact. For example, lead screws and plain bearing guides — which rely on sliding motion — naturally experience higher friction than rolling elements, due to larger contact area between the load-bearing surfaces.

Bearings with sliding contact also experience a greater difference between static (startup) and dynamic (kinetic) friction, which leads to an effect known as stick-slip, or stiction. Stick-slip can cause a system to overshoot its target position at the start of motion, due to the transition from (higher) static friction to (lower) dynamic friction.

Rolling bearings typically use one of two raceway geometries: two-point circular arc geometry or four-point Gothic arch geometry (although some variations of these two designs do exist). For low-friction applications, two-point circular arc geometry is typically preferred, because it experiences less differential slip, and therefore, lower friction, than the four-point Gothic arch design.

In recirculating ball and roller bearings, the number of elements carrying the load continuously fluctuates as the rolling elements transition into and out of the load zone. This causes variations in friction force, which can be detrimental to highly sensitive applications such as micromachining and metrology. To reduce these friction variations, manufacturers of recirculating linear guides (and ball screws) have put significant research and development efforts into optimizing the recirculation components and process. In general, bearings in higher accuracy classes have smoother, more consistent friction profiles.

Preload eliminates clearance between the bearing and guide (or the nut and screw) by increasing the contact area between the components. This provides the bearing with higher stiffness and reduces deflection, but it also leads to higher friction. This is why it’s advisable to use the lowest preload level that can provide the required stiffness and accuracy.

Of all the design and operating features of linear guides and screws, the one that often contributes the most friction is the use of seals. In most applications, linear bearings that rely on balls or rollers (whether recirculating or not) require seals to keep lubrication in and to keep contaminants out. And in highly contaminated environments, both side (lateral) seals and end seals are typically required.

While manufacturers offer a variety of seal materials and types — ranging from seals with slight clearance to those with double-sided, full contact profiles — the most effective seals are, of course, those that make the most contact with the guide or screw component. But more contact means more friction. As with preload, when it comes to sealing, use the options that are appropriate for the application and environment, but don’t go overboard.

One of the key functions of lubrication is to reduce friction between rolling or sliding elements. But using too much lubrication, or using a lubricant with a high viscosity, can actually increase friction. So it’s important to follow the manufacturer’s instructions and use both the right type and the right quantity of lubricant.

Radial bearings are present in virtually all linear motion systems, supporting rotating components such as ball or lead screw shafts or the pulleys in belt drive systems. Although relatively small when compared to a linear guide or screw, these radial bearings also introduce friction that should be accounted for during system design and sizing.

For applications that require extremely low, consistent friction forces, consider piezo actuators, voice coil motors, and linear motor driven air bearing stages — all of which use few or no components with sliding or rolling contact and, therefore, avoid many of the friction sources found in typical linear motion systems. 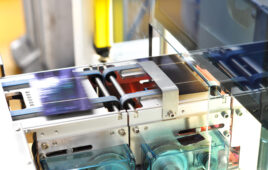 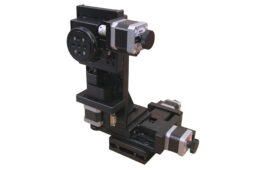