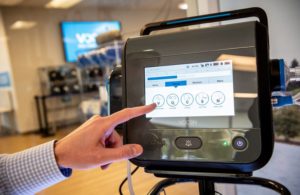 The ventilator has come to the fore as a vital piece of equipment during the COVID-19 pandemic.

Put simply, ventilators exist to help patients who can’t breathe, breathe. The novel coronavirus’ attack on the respiratory system brought ventilators into the spotlight, forcing the U.S. to turn to its strategic national stockpile as manufacturers scrambled to scale-up production in short order.

While some of the major manufacturers pump out machines and fulfill recently awarded government contracts, researchers at universities and laboratories have entered the ring with alternative ventilators falling under FDA emergency use authorization (EUA) guidelines. However, while useful in a time of need, the alternative machines that cover mechanical ventilation struggle to scratch the surface of capabilities attributable to the in-demand ICU ventilators.

University of Minnesota Earl Bakken Medical Center lab supervisor Aaron Tucker helped develop the Coventor, the first such alternative ventilator to receive an EUA. In developing the device, which is now being manufactured by Boston Scientific (NYSE:BSX), Tucker and the Coventor team consulted clinicians who have used ICU ventilators to understand how the machines function.

“There are many different ways you can control and force air in and out of a patient’s lungs,” Tucker told Medical Design & Outsourcing. “What the ICU ventilators offer is lots of sensors, data and various alarms for when a patient could be experiencing shock, over-ventilation, something like that. They also have more adjustments. … These are some of the things that make these ICU ventilators very useful and very sought-after.”

Medtronic (NYSE:MDT), one of several medtech companies boosting ventilator production, notes on its website that its acute care model ventilator requires more than 1,500 parts from more than 100 suppliers in 14 countries and includes more than a million lines of software code. Even its portable model has more than 700 components.

Ventec Life Systems developed the VOCSN multi-function ventilator, which Chris Brooks, the company’s chief strategy officer, told Medical Design & Outsourcing is the only machine on the market capable of providing ventilation, oxygen, cough therapy, suction and nebulizer therapy, all in one system. The company partnered with General Motors to scale production and has since received orders from the strategic national stockpile for 30,000 critical care ventilators by the end of August, a number Brooks said Ventec is on track to meet.

Brooks said a major factor in partnering with GM centered around the car maker’s manufacturing capabilities and supply chain. Much like the Medtronic models, Ventec’s VOCSN machines are complex and require many components. According to Brooks, there are about a dozen critical care ventilator manufacturers in the world that make, on average, no more than 100,000 devices a year. Suddenly having to increase production has created the potential snag of being unable to procure the necessary parts and components.

“You can only build ventilators if you have the parts to build them,” Brooks said. “The key item, for us, was [obtaining] parts. Then, it was manufacturing at scale, which meant a larger space with more lines and more people. Then, it was understanding and finding efficiencies in manufacturing in that process as well.”

Critical care ventilators and the parts that comprise them are increasingly valuable. A market analysis by ECRI revealed that Medtronic charged an average price of $35,383 for a particular ventilator model last year — before the pandemic even started. Prices rose early this year as states, federal governments and other entities essentially competed against one another for the machines, according to a recent Kaiser Health News report. Medtronic told Kaiser that it responded by moving to flat rates with prices lower than before the pandemic.

Part of medical ventilators’ value lies in the services provided by the critical care machines. As Tucker noted, they offer far more in-depth treatment than the mechanical ventilation performed by alternatives.

There is an international standard for safety and accuracy around a ventilator, according to Brooks. “It’s very easy to create a pump that moves air in and out, which is fundamentally what a ventilator is doing. To do that in a precise manner and to adjust with the patient is both an art and a science, and there’s a reason why there are only a few companies doing this and doing it well.”

Moving air in and out is not as simple as it may seem and even has the potential to cause problems, highlighting why ventilators are not just “plug-and-play” machines. The power of a ventilator’s blower component needs to be controlled.

Each machine relies on what is normally proprietary software that controls the blower’s airflow, patient monitoring, and alarms that alert clinicians when patients are receiving an improper amount of air, when there is a blockage, when there is a leak, and more.

Brooks said that those features help to reduce user error, while the onus is on manufacturers to create a manageable user interface for clinicians. He noted that little has changed in the respiratory care space over time, meaning clinicians are relatively familiar with the technologies they are using.

“The power and precision, the alarms and patient monitors and then the modes and settings, those three buckets are kind of the three elements that create a critical care ventilator,” Brooks said. “Ultimately, you want to get a ventilator patient off the ventilator. Unless you have those three components, it’s very difficult to do. That’s what sets VOCSN and a handful of other devices apart from other devices.”

Filed Under: Hack the Crisis: Engineering through COVID-19
Tagged With: ventec 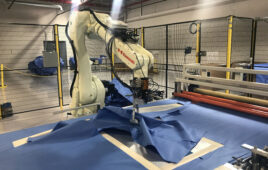 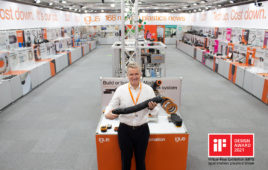 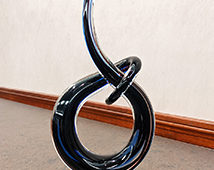