Humans have the nasty habit of making lots of trash and then leaving it where it has no business to be—including, you know, 22,000 miles above our planet.

Turns out, the litter (as litter tends to be) is problematic.

There are currently thousands of working and dead satellites orbiting Earth, a number that will continue to climb for space-racing nations like the U.S., China, and Russia. As of 2015, the U.S. had 528 satellites in orbit—bringing the total number of satellites to over 1,200. 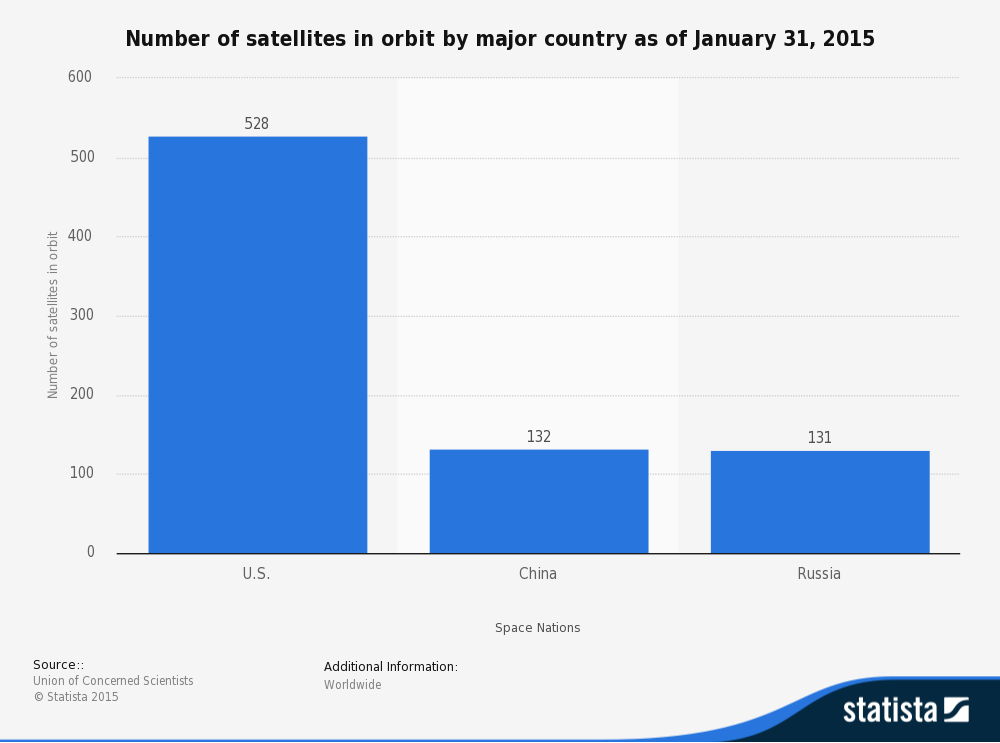 There are also hundreds of thousands of pieces of space debris traveling over 17,000 mph, causing the U.S. to reposition its satellites to avoid collisions.

As a result, many U.S. officials are pushing for the orbital equivalent of air traffic controllers, who would direct satellites and other spacecraft in their crowded flight paths above Earth.

“If we think that this is going to be a problem,” Douglas Loverro, deputy assistant defense secretary for space policy, told Defense One. “We need a regulatory structure to do this. I think the first entree into that is allowing the FAA into the space traffic monitoring game, which will eventually, I think, lead to a space traffic management.”

At the 32nd annual Space Symposium in Colorado Springs, Colorado this week, Oklahoma’s Congressman Jim Bridenstine announced legislation that would require the U.S. government to establish a space traffic management agency by 2020, taking the lead (and protecting its own interests) in the international community.

According to Pamela Melroy, deputy director of DARPA’s Tactical Technology Office, rockets would carry aircraft transponders that would enable civil air traffic controllers to monitor launches. These controllers would then “hand off” the rocket to a space traffic controller—similar to the way airliners are “handed off” between FAA centers.

“It’s going to take a decade or more,” Loverro said. “But we have to go [down] that path now.”