As we celebrate International Women’s Day, the International Space Station also has plans to celebrate women with their first ever all-female spacewalk. NASA astronauts Anne McClain and Christina Koch will make history as they conduct their spacewalk outside the ISS, according to New Atlas.

Although astronauts schedule spacewalks to perform maintenance tasks on the exterior of the ISS, the spacewalk scheduled for March 29 will pose an important moment in history.

This day will feature McClain and Koch as they perform an all-female spacewalk that will last approximately seven hours. Both Koch and McClain were members of NASA’s 2013 class of astronauts and traveled to the ISS for expedition 58 and 59. McClain will also perform a spacewalk the week prior with Nick Hague.

NASA engineer Kristen Facciol announced her excitement in a tweet. Facciol will provide on-ground support while McClain and Koch meander outside the ISS.

“I just found out that I’ll be on console providing support for the FIRST ALL FEMALE SPACEWALK with @AstroAnnimal and @AstroChristina and I cannot contain my excitement!!!!” tweeted Facciol.

Facciol has been amazed at the support behind this venture.

“I could never have imagined how many people would see this tweet, and I want to recognize that I’m part of a much larger team that’s been prepping for this spacewalk for a long time. There is a whole whack of amazing people that made this happen, and I wish I could list them all!” tweeted Facciol. 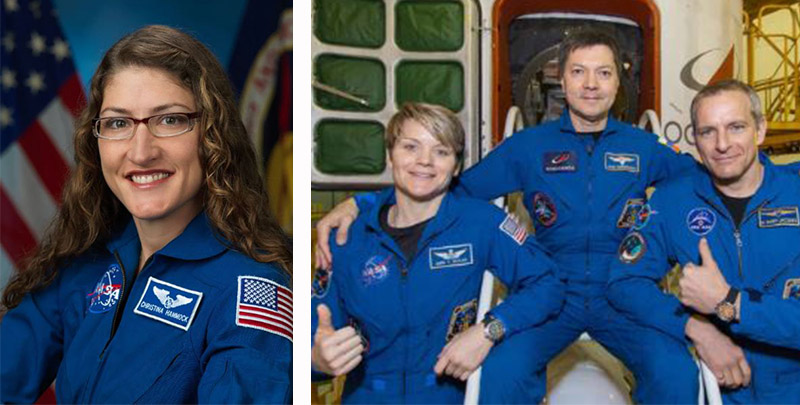