The IkaScope WS200 from Saelig is a pen-shaped battery-powered wireless oscilloscope that streams captured signals to almost any WiFi-connected screen. The IkaScope WS200 offers a 30MHz bandwidth with its 200MSa/s sampling rate and the maximum input is +/-40Vpp. It provides galvanically-isolated measurements even when a USB connection is charging the internal battery. The IkaScope WS200 will work on desktop computers (Windows, Mac, and Linux) as well as on mobile devices like tablets or smartphones (iOS and Android Q4 2017). The free application software can be downloaded for whichever platform is needed.

The IkaScope WS200 has no power switch; it detects pressure on the probe tip and turns on automatically. Patented ProbeClick technology saves battery life: all power-consuming circuitry is only turned on when the probe tip is pressed, and the IkaScope WS200 automatically shuts down completely after a short period of non-use. The internal 450mAh battery lasts about one week with daily regular use before recharging is necessary. An isolated USB connection allows for recharging the internal battery and two LEDs in the unit indicate battery charge and WiFi status.

Clicking the Autoset button on the IkaScope software automatically adjusts gain and time-base to quickly view the signal optimally. The IkaScope WS200 also knows when to measure and when to hold the signal display without the need for a Run/Stop button. The IkaScope’s innovative Automatic History feature saves a capture of the signal when releasing pressure on the ProbeClick tip. The History Database is divided into Current Session and Favorites, where signal captures are permanently saved, even after the application is closed. Previously measured signals can quickly be recalled.

Most desktop oscilloscopes have a static reference grid with a fixed number of divisions, but the IkaScope allows pinch and zoom on touch screens (or zoom in/out with a mouse wheel), stretching the grid and allowing an operator to move and zoom through a signal capture for detailed review. The associated software even has a share button on the screen: simply click on it to share screenshot measurements.

Made by Ikalogic, a growing European embedded test equipment manufacturer, the CE/FCC/RoHS-certified IkaScope WS200 Oscilloscope is small (6.4” x 1.3” x 0.7”) and very lightweight (2 oz.) and is ideal for every traveling toolbox. 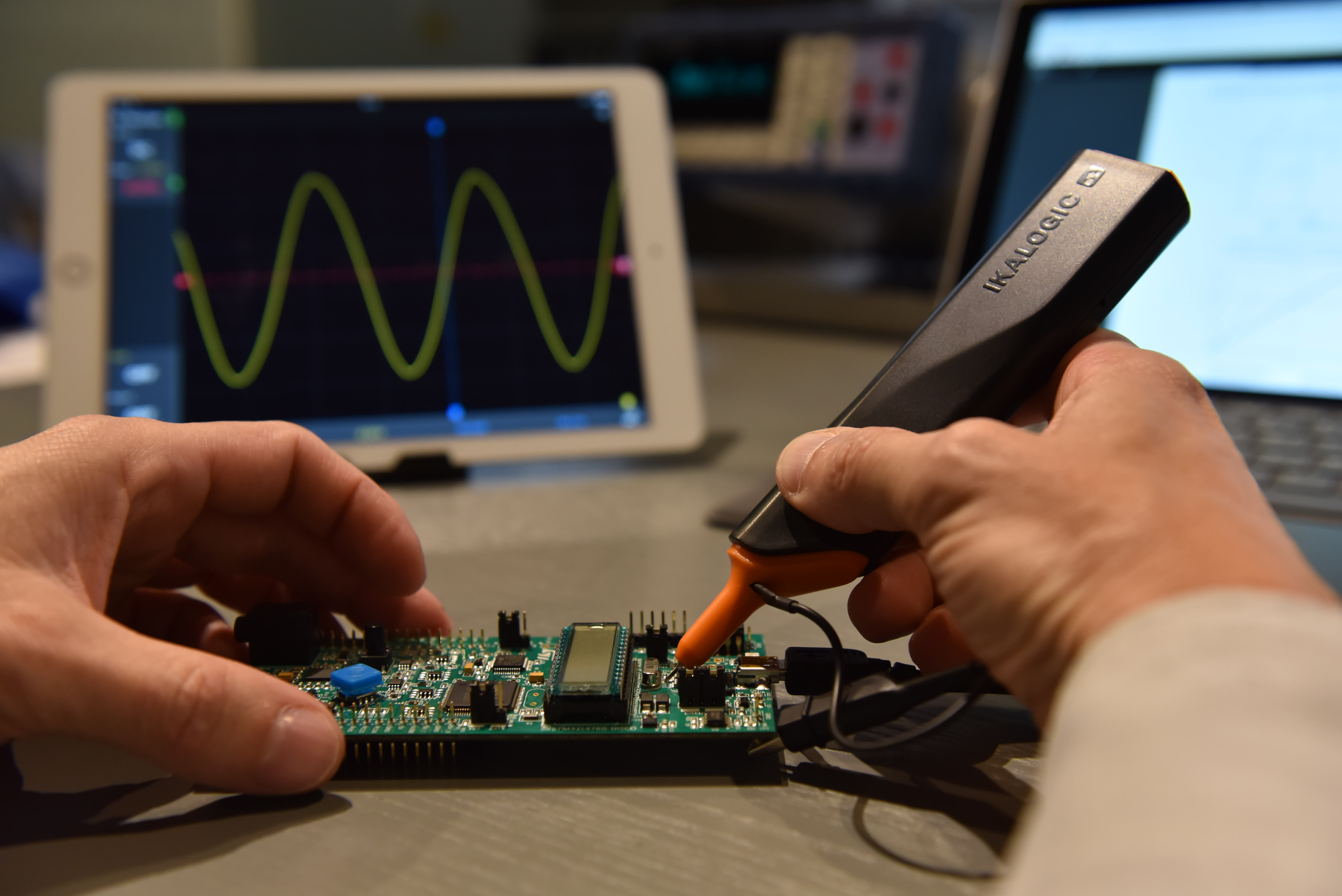