Following through on a previous proposal, the U.S. Food and Drug Administration (FDA) announced this week that they are banning all use of powdered gloves by medical professionals. The final rule issued by the agency declares the gloves “present an unreasonable and substantial risk of illness or injury,” adding, “the risk cannot be corrected or eliminated by labeling or a change in labeling.”

When the ban was proposed in March of this year, the FDA fretted that the dangers inherent to using powdered gloves in a healthcare setting were easy to overlook.

“This ban is about protecting patients and healthcare professionals from a danger they might not even be aware of,” Jeffrey Shuren, MD, director of FDA’s Center for Devices and Radiological Health explained in a public statement. “We take bans very seriously and only take this action when we feel it’s necessary to protect the public health.”

The agency first identified powdered gloves as a potential risk to patients in 1997, though they felt the danger was somewhat limited.

“Published studies support the conclusion that airborne glove powder represents a threat to individuals allergic to natural rubber latex and may represent an important agent for sensitizing non-allergic individuals,” the 1997 report noted.

At the time, the FDA refrained from issuing a full-scale ban, in part because they believed there were not enough adequate alternatives to powdered gloves in the marketplace. 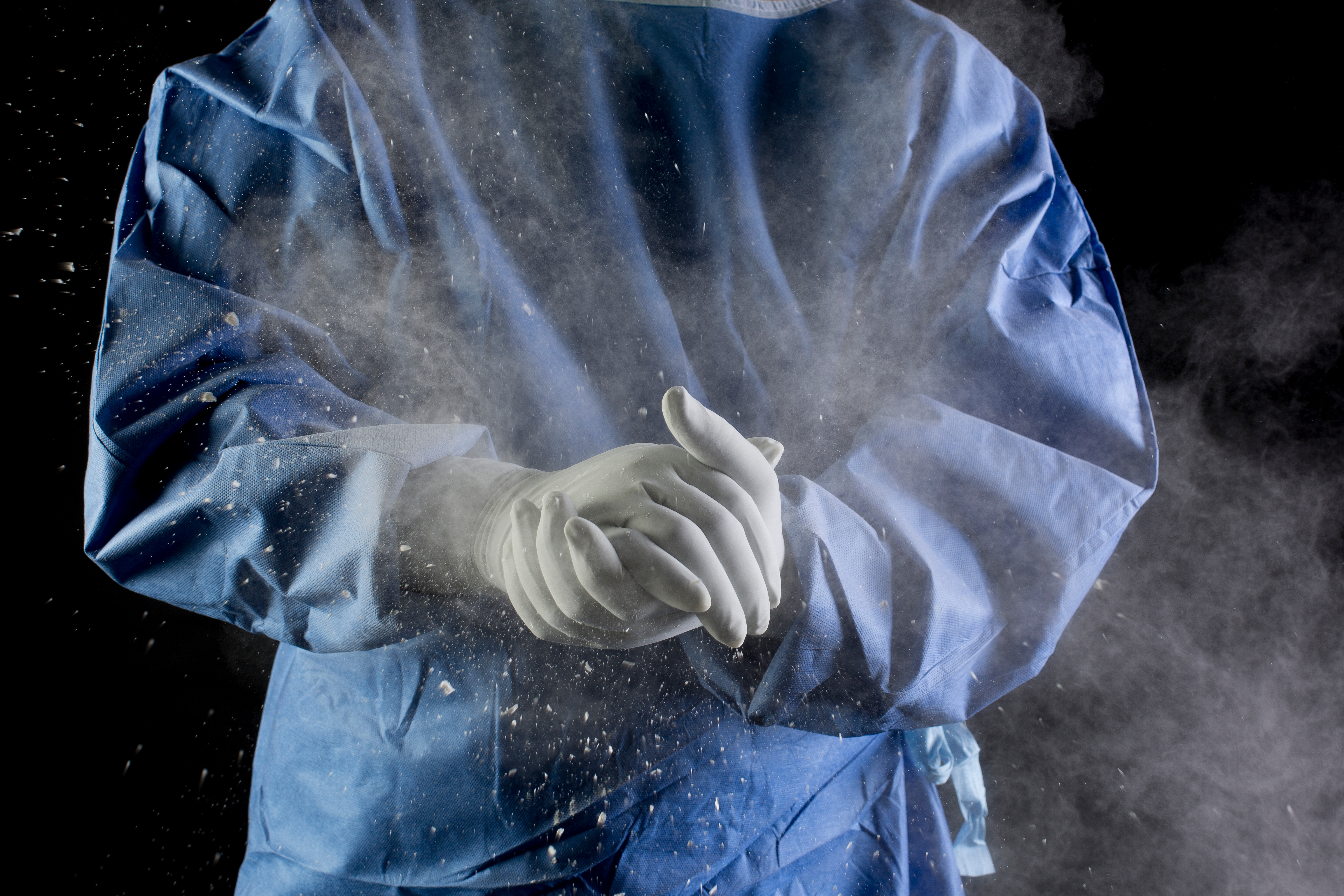 In the intervening years, additional evidence has accumulated, suggesting the risks that come with using powdered gloves are far more wide-ranging. By the time the FDA actually proposed the ban, the agency was able to draw attention to reports that potential adverse effects included “severe airway inflammation, wound inflammation, and post-surgical adhesions.” In studying the likelihood of these side effects emerging, the FDA saw no significant differentiation between latex gloves and synthetic gloves.

Sidney M. Wolfe, MD, co-founder and director of of the health research group within the consumer rights advocacy organization Public Citizen, argued last spring that the FDA waited too long to take this step.

“The FDA had the legal authority to ban these gloves in 1998,” Wolfe said in a statement when the proposed ban was first put forth. “The agency should have used that authority to protect hundreds of thousands of hospital workers who have been exposed to the powder. Had the FDA initiated the process of banning powdered medical gloves in 1998 instead of 18 years later, hundreds of thousands of health workers and patients would have been spared preventable, often life-threatening adverse reactions.

While powdered glove use is now fairly rare, data collected by Cardinal Health, longtime advocates of rejecting powdered gloves, suggest that the now-banned items still represented about 15 percent of surgical glove sales in 2015.

“The reality is there are many powder-free options now available, and the technology has evolved to the point where powder-free gloves not only are as easy to put on and use as powdered gloves, but they also offer the comfort, safety, and options surgeons need,” Zura wrote.