Yokogawa Electric Corporation announces that it will release an enhanced version of the ProSafe®-RS safety instrumented system on April 26. This latest release, R4.03.00, includes an improved engineering function for configuring fire and gas systems (FGS) and new operation faceplates for the FGS operation and monitoring screens. These enhancements make it easier to adopt and use ProSafe-RS in FGS applications.

In the oil, natural gas, petrochemical, chemical, and other energy and basic materials industries, various safety measures must be taken to prevent accidents and protect the environment. This includes the use of a safety instrumented system, which can secure plant safety by functioning as an emergency shutdown system (ESD) that detects abnormal conditions and safely initiates emergency shutdowns, and by functioning as an FGS.

Yokogawa’s ProSafe-RS safety instrumented system can be integrated with the CENTUM VP integrated production control system and is widely used mainly in ESD applications all over the world. Based on an April 2017 Yokogawa survey, ProSafe-RS is one of the top selling safety instrumented systems on the market today. Since releasing this system in 2005, Yokogawa has continued to strengthen its functions to satisfy a variety of customer needs. In response to the rising need for FGS solutions, this latest release includes features that make it easier to adopt and use this system in such applications. And by adding a new input/output (I/O) module and enabling the use of an alternate control network topology, we are giving our customers a greater range of choices in their ESD and FGS applications. Cybersecurity has also been strengthened.

Software components (function blocks) that define the operations and functions to be performed when smoke, heat, and/or gas is detected, an essential aspect of any FGS application, have been added to the ProSafe-RS engineering functions. Standard FGS faceplates have been added for the integrated display of smoke, heat, and gas detector information such as gas concentration level and device status. In addition, the I/O module has a new function that can reset the detector that sends smoke and heat detection signals to the ProSafe-RS system. This eliminates the need for a reset circuit to restore communications after an abnormality is detected, thus reducing both the size of the hardware and its initial cost. With these enhancements, the ProSafe-RS is easier to adopt and use in FGS applications.

Yokogawa provides an N-IO (Network-IO) I/O device with channels that can be configured by software to handle either analog or digital signals. As most safety instrumented systems rely mainly on digital I/O signals, the company has added a new I/O module to its lineup that is used for only the input or output of digital signals. This new module reduces the total cost of ownership for users.

For the Vnet/IP® real-time control bus, ProSafe-RS has relied on the star network topology, in which all devices are connected to a central hub. The new ProSafe-RS is also compatible with the ring topology, in which devices are connected to each other in the shape of a ring. This feature affords our customers greater flexibility when configuring their systems.

As a result of enhancements made to the ProSafe-RS engineering station’s software security functions and changes to the Windows® security settings, users can now set their systems to a higher security level. This latest ProSafe-RS release also supports a Windows function that enables the centralized management of security settings. With this feature, users can apply the same security settings to multiple monitoring and operation PCs, thus greatly improving plant security.

The target markets and applications for the ProSafe-RS include emergency shutdown systems (ESD), burner management systems (BMS), and fire and gas systems (FGS) in process industries such as oil, natural gas, petrochemicals, chemicals, pharmaceuticals, electric power, and iron and steel. 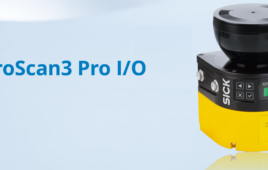 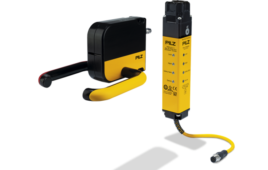 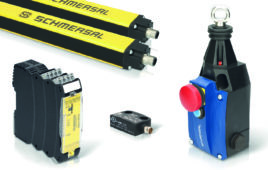 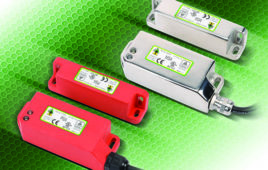