Many of today’s precision applications necessitate gears capable of dramatic speed reductions, power densities, and transmission accuracies. Leading choices in these designs include trochoidal and cycloidal gearing as well as gearsets relying on wave-inducing subcomponents having an elliptical or Reuleaux or other polygonal shape.

Recall from geometry that trochoidal and cycloidal gearing includes elements that rotate and trace curves around some other element. More specifically, cycloids traced by a point on a rolling element’s circumference include epicycloids (for which the element rolls along the outside of a sun gear or other reference component) and hypocycloids for which the element rolls within a ring or other reference component. In contrast, trochoids (and their subtypes) are traced not by a point on the rolling element’s circumference but rather some point within or without. One particularly common subtype of epicyclic gearing is planetary gearing.

In the following articles, the editors of Design World explain the variations of (and applications for) these strain-wave and cycloidal gear offerings in high-end machine tool, aerospace, material handling, and robotic applications.

Basics of waveand cycloidal gearing for robotics and servo designs 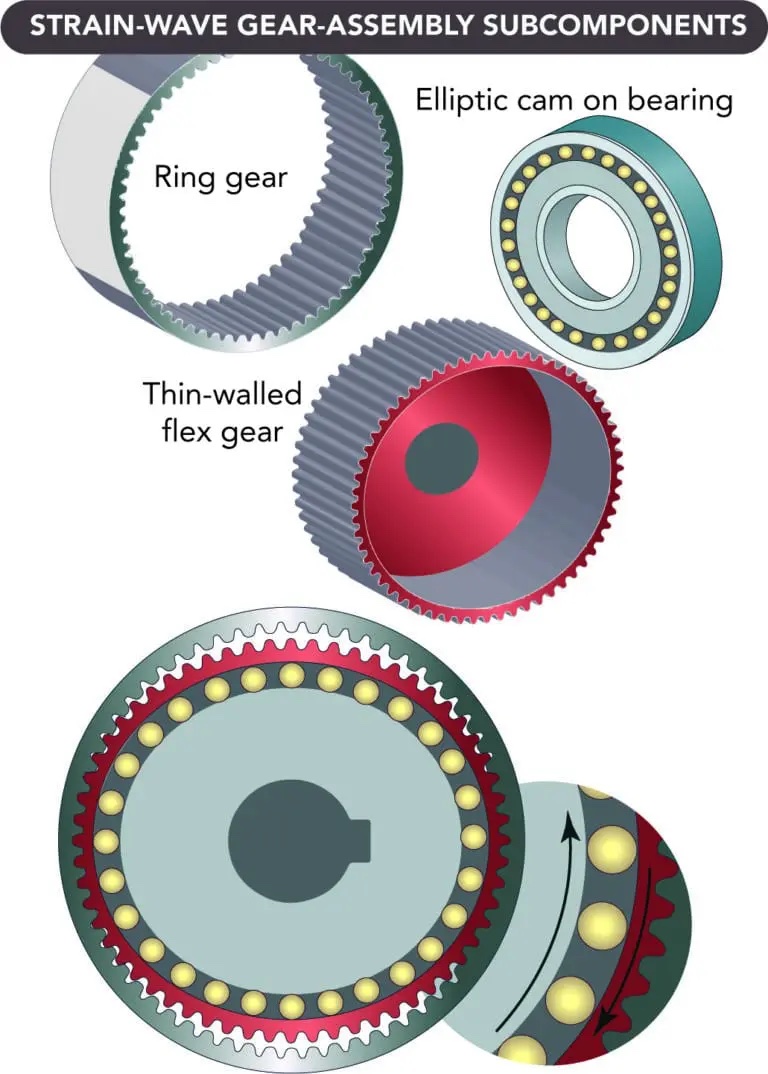 Many of today’s precision applications necessitate gears capable of dramatic speed reductions, power densities, and transmission accuracies. Leading choices in these designs include trochoidal and cycloidal gearing as well as gearsets relying on wave-inducing subcomponents having an elliptical or Reuleaux or other polygonal shape. Trochoidal and cycloidal gearing includes elements that rotate and trace curves around some other element. 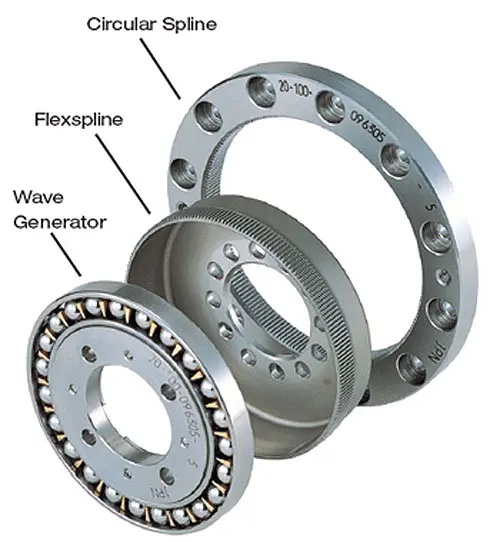 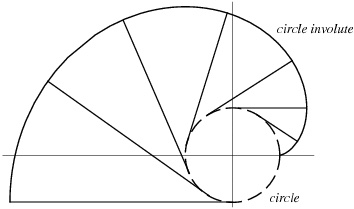 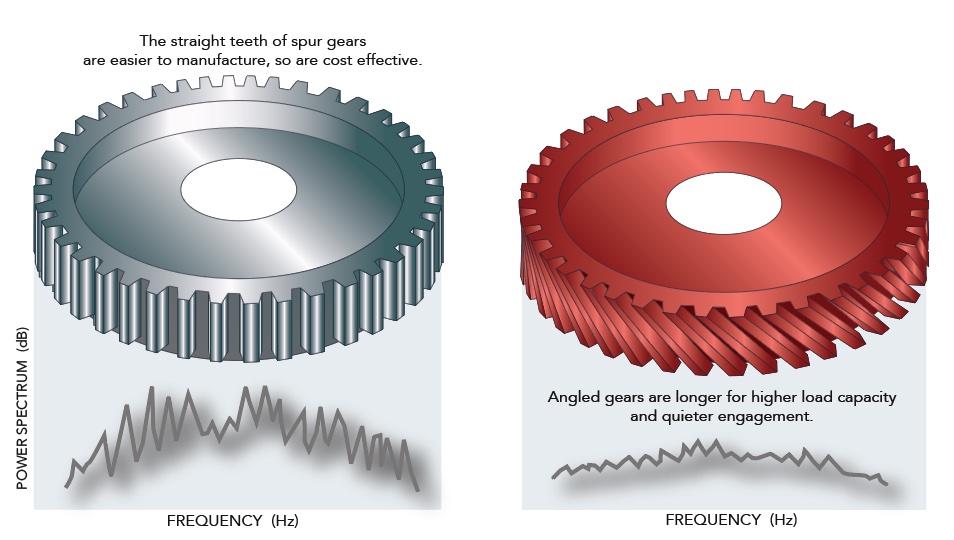 How do cycloidal gears work and where are they used?

What’s the best type of gearbox for servo applications?

What are gears for power transmission? Technical summary for design engineers

How to get zero backlash out of gearing?

One way to classify gears is by the profile of the gear teeth: involute, cycloidal, or trochoidal. (Note that trochoidal gears are used primarily in pumps.) The majority of gears used in motion control applications — including spur, helical, and bevel designs — are involute gears.

Gearmotors use gears to reduce speed, which makes more torque available. The kind of gears used in gearmotors have an impact on the available torque, but also on things like noise levels and accuracy.

The function of a gear is to mesh with other gears to transmit altered torque and rotation. In fact, gearing can change the speed, torque and direction of motion from a drive source. 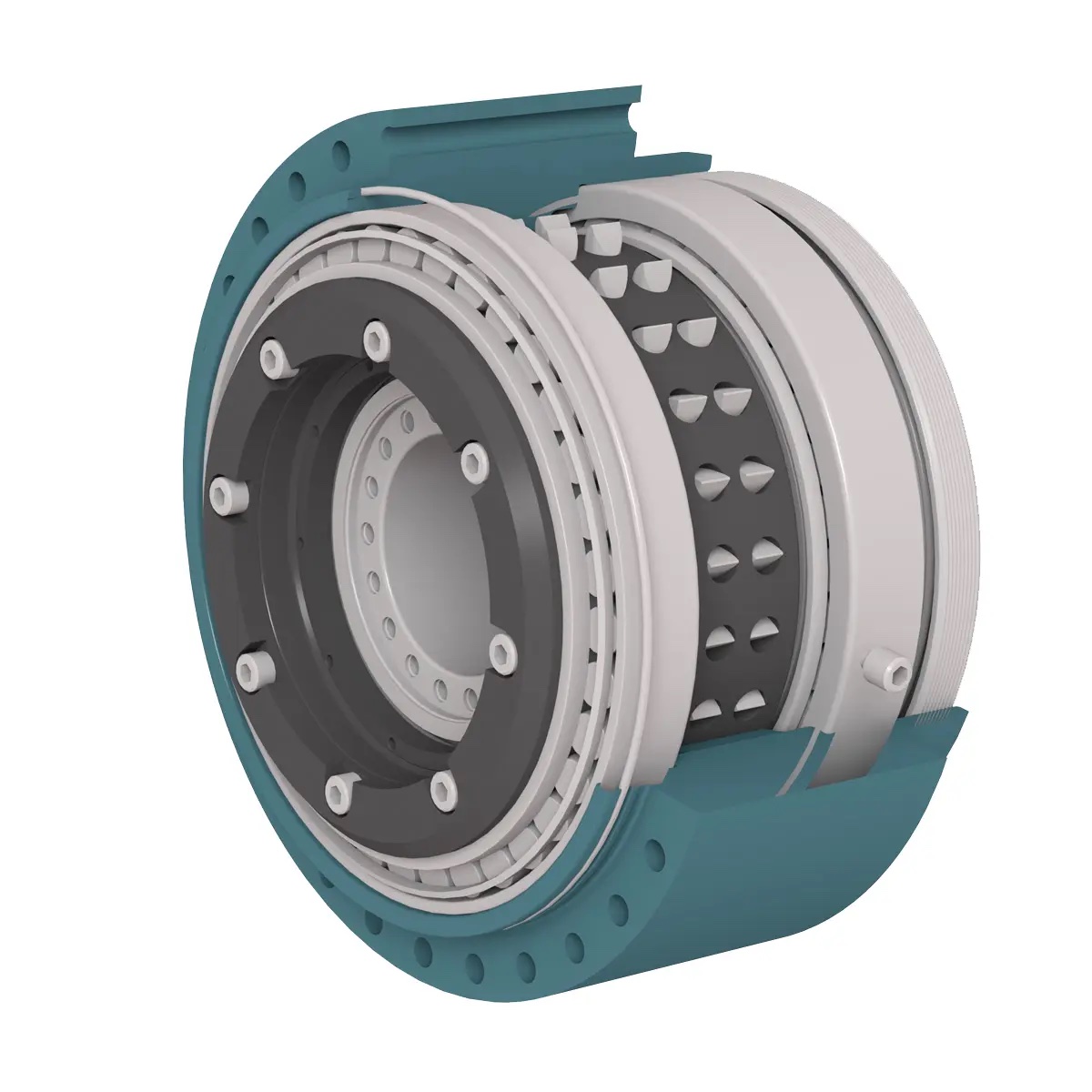 What are the key parameters to consider when sizing and selecting a rotary actuator?

What are the drawbacks to using a planetary gearbox?

Motion applications for gearing are as varied as the motors with which these power-transmission devices pair. Just consider how designs ranging from amusement rides to consumer-grade beard trimmers make use of spur gears.

Trochoidal and cycloidal gearing includes elements that rotate and trace curves around some other element. More specifically, cycloids traced by a point on a rolling element’s circumference include epicycloids.

One type of gearbox meets all the design criteria of servo applications while providing relatively long operating life with low maintenance requirements — the planetary gearbox. 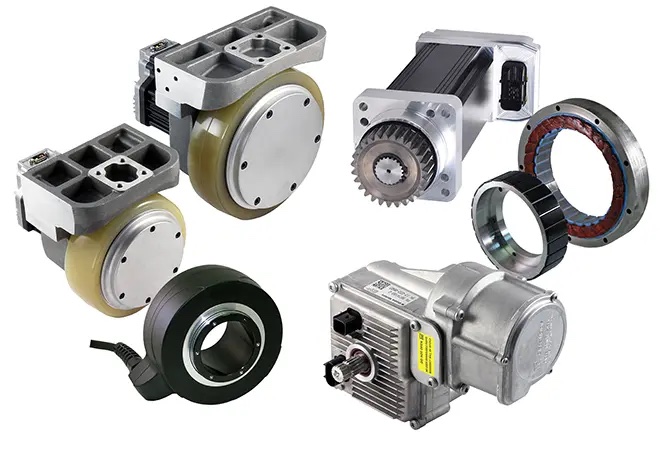 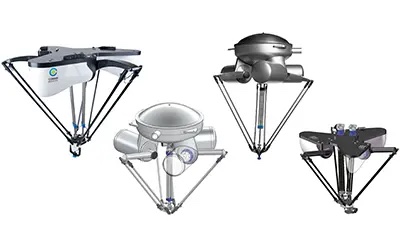 Strain-wave gears and other components in off-highway + mobile robotics

Software development for a robot is not trivial. However, the Robot Operating System or ROS (like Linux) is an open platform on which teams all over the world have worked in parallel for close to two decades now.

Automated mobile equipment, which transports items in warehouses and freight centers as well as assembly operations, continues to boost demand for power-transmission and motion control systems. 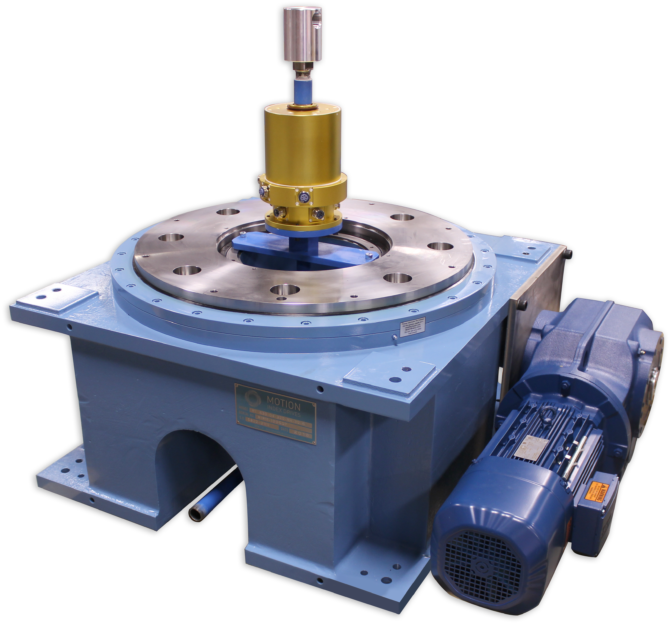 Trends in gears and gearmotors for eMobility • washdown • customization

More on the mechatronics of robotics

The fundamental mode of operation for gearing and its transmission of mechanical power remains unchanged — as has that for the electric motors with which they pair. But innovative variations have become increasingly common and include more custom gearing, compact designs, etc.

The mechatronics challenge of robotics is multifaceted. In an earlier post we touched on some of these design facets; now let’s consider a few more.

Solar tracking is an interesting mechatronics challenge. That’s because it seems a simple design objective: Keep the solar panel oriented perpendicular to the sun in the sky — no big deal. 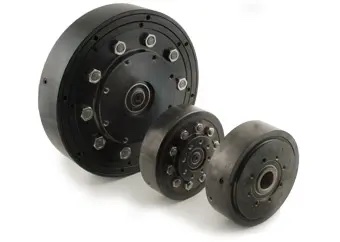 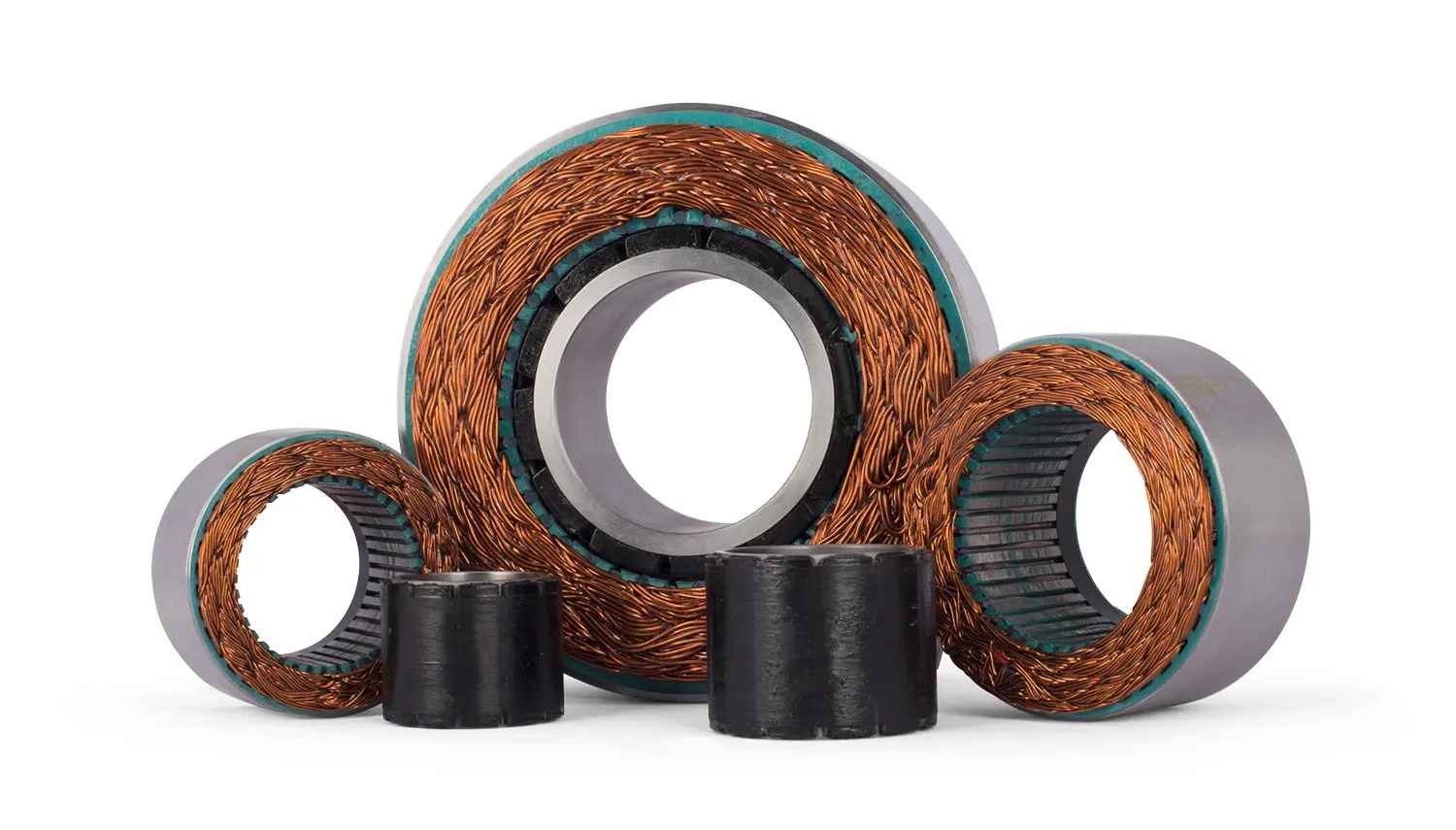 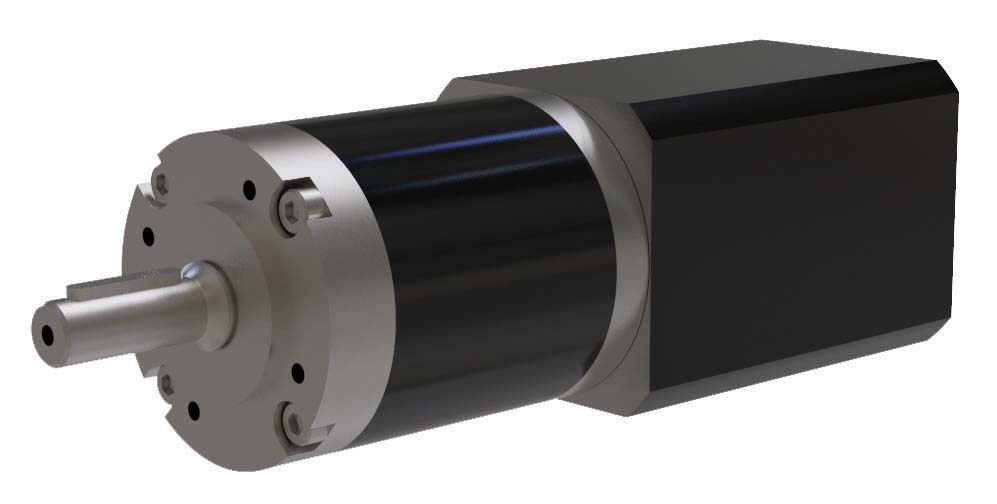 Sizing and selecting servos: The need for a system approach

Mechanical “lost motion” in the form of play, backlash, and friction complicate motion design. Mechanical systems have very defined properties which are easy to characterize. For example, the performance of a gearbox is well understood and usually very consistent over time.

From packaging to communications, BLDC servomotors are gaining market share in a variety of industries — and for good reason. They deliver high torque and smooth rotation (with minimal torque ripple) and lend themselves well to cost-saving customization.

Never sized and selected a servo? Here we outline the basics of how interrelated parameters need a system approach.

HIWIN is the world leader in motion control and system technology, providing high quality and reliable standard and custom components and complete motion control solutions with precision quality, at competitive prices. With an extensive inventory in Chicago, our products are widely used in industrial equipment, lab equipment, semi-conductor and more.

Copyright © 2022 WTWH Media, LLC. All Rights Reserved. The material on this site may not be reproduced, distributed, transmitted, cached or otherwise used, except with the prior written permission of WTWH Media. Privacy Policy