The numerous drone sightings at airports have proven that drones can pose a big issue. Not only that, but they can become a security threat depending on where they appear. To counter this problem, the U.S. Army has developed a countermeasure in the form of drone-netting grenades. 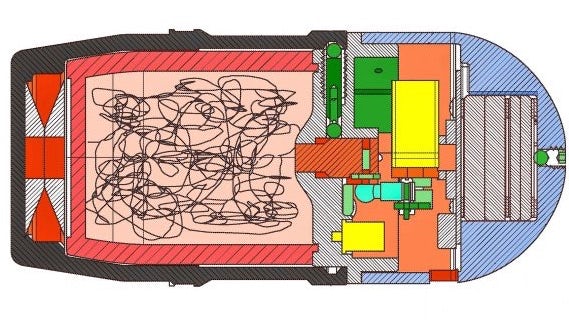 When propelled toward an airborne drone, a servo in the grenade releases its nose section that allows a spring-loaded weighted net to shoot out of the body of the grenade. The net will then twirl in the air, spreading 6 to 9 m, capturing the drone, and causing the machine to plummet to the ground.

The servo is triggered by a signal within the integrated control board that can be remotely activated. Testing of the drone-netting grenade has proven to be more effective than other methods. An individual would be capable of taking down multiple drones because they would be able to carry and conceal numerous devices.