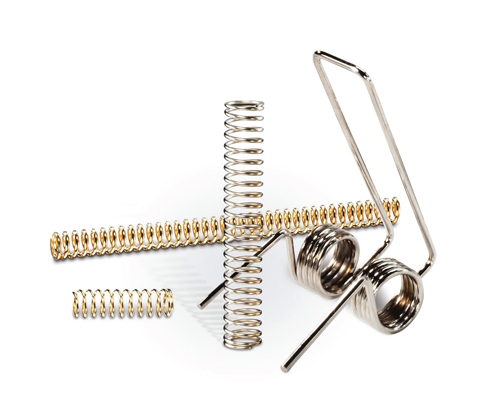 One of the prototypes produced was a torsion spring for the assembly which opens the vehicle’s center console storage compartment.

Even though you may have the latest technology and capabilities, sometimes a design requires “old-fashioned” methods. A major automobile company needed a variety of springs, stampings and wire forms for use in multiple assemblies. The issue was how to initiate an immediate and efficient collaboration.

The auto engineers turned to the Newcomb Spring engineering team. The team needed to find a way to streamline a process for fast production and quick modification of a series of prototypes. To expedite the development of the prototypes, Newcomb Spring did things the old fashioned way—they invited their customer on-site. For the first facet of the process, three Newcomb Spring team members selected dedicated equipment for the project: a CNC spring bender, spring design software, torsional load testing equipment, CNC forming equipment, inline ovens, 3D cad modeling for a set of drawings, and lastly, a work area to test the parts on the production floor for rapid adjustments of springs.

The designers worked directly with their customer’s engineers to develop parts for dashboard and center console units for a new vehicle design.

“This was an efficient way to produce a variety of prototypes,” said Donald Jacobson III, technical salesperson at Newcomb Spring. “It resulted in a quicker, smoother process. All parties were there at the same time, working together, and everyone could apply their knowledge to ensure that the parts fulfilled all requirements,”

The project required multiple prototypes, and small adjustments to each part affected the overall design of the assembly. There was no equipment set-up time needed. No need to ship parts or wait for testing, and confusion was reduced as all parties were addressing the same task at the same time. Additionally, parts could be more easily tracked, as they were produced individually—as opposed to large batches of prototypes, all of which were slightly different.

This process not only allowed the customer’s assemblies to be designed more quickly, but also reduced time for the total vehicle design process. With the dashboard and console complete, other aspects of the vehicle development could proceed.

One of the prototypes produced was a torsion spring for the assembly that opens the vehicle’s center console storage compartment. While the spring needed to conform to dimensional requirements, there was also a qualitative interpretation of the spring’s performance to consider—a need for the push-button trigger to feel “just right.” 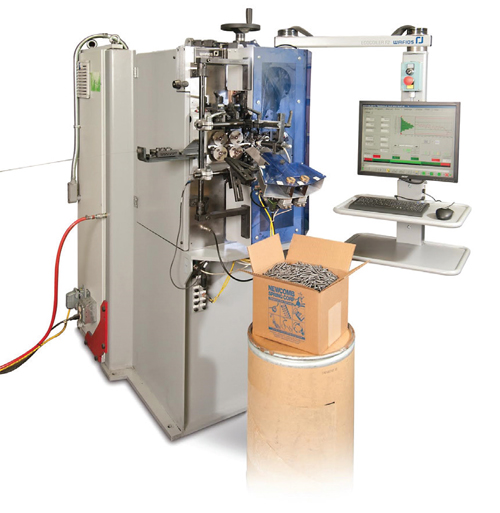 In addition to various spring and metal forming equipment, including a precision CNC spring coiler, Newcomb provided the client with equipment operators as well as design personnel.

“We worked with the supplier and did some small adjustments to get the best user experience. For example, we were adjusting the number of coils in the double torsion spring, the free angle and ultimately the wire diameter,” said Jacobson. “We changed spring configurations while keeping the parts working in the assembly. In the double torsion spring noted above, once we understood the issue, we changed tooling on the machine to adjust the wire diameter and we had the right part almost perfect off the machine. The team also adjusted the free angle 10°, creating a part that passed the needed criteria. That part was then given to a team member who made a drawing and had the customer sign off on the drawing before they left. Being on-site and all together, we were able to quickly make a spring that had the right amount of resistance.”

Working in Newcomb’s facility throughout the process offered an array of resources, which expedited the production of the prototypes. The same customer, in a separate but similar project, had the Newcomb Spring team blindly build samples for more than eight weeks while parts were sent, built, tested, and changed. The result? Six extra weeks and four sets of samples before a finished solution.