A few days ago, I opined that “If you’re looking for a really great open source CAD program, you’re going to be disappointed.”

Charles Warner, an engineer who uses a number of open source CAD programs, took issue with me on this. And he did it thoughtfully. Here’s what he had to say:

I suppose the idea of “really usable” is subjective. BrlCAD has been in use by the US Miltary and some of their contractors, for over 20 years. Yes, for someone coming out of a “commercial” environment (i.e., AutoCAD, Solidworks, etc.), there is a steep learning curve. I agree that OpenSCAD is not very useful, but I know of a community (Open Source 3D printing) that considers it most useful. For quick shop drawings of simple components, I find QCAD a whole lot faster than most commercial packages, because it isn’t bloated with all those exotic features that I never use. However, most of my current work is done in Salome, which, as you pointed out, was originally developed as a meshing program, but which has some very powerful and extensible geometry capabilities (I find Salome especially usable for generating 3D models from which I turn out *.stl files for my 3D printing projects). When I have a more complicated project, especially when looking at interacting parts, BrlCAD is my package of choice.

No, I am not going to design an airplane, or even an automobile with any of these packages, and, were I an architect, I would most likely invest in AutoCAD (not because it is the “best”, but primarily because that is what most local architects are using). Given the choice between Draftsight2 (the free 2D CAD program from Dassault) and QCAD for generating a quick shop drawing of a simple part, I find QCAD faster and more usable and just as capable for what I use it for. In fact, I find QCAD is much faster for most of my 2D needs than most of the commercial packages I have used over the years (I will admit that most of my experience with commercial packages is rather dated, and I am sure they have improved over the years since I have migrated to Open Source packages).

I have found that, over the years, as the commercial houses keep adding additional “features”, the packages become less and less usable. There is an “ancient” concept from the Unix world that software should do one thing only, and do it well. CAD is, as you point out, a very sophisticated and complicated process. However, the commercial approach of “one size fits all” winds up generating systems that are not very good at doing anything well (some of the commercial houses appear to be recognizing this, offering packages tailored to the architect or the mechanical engineer or the electrical engineer). It is unlikely that one will ever see an Open Source CAD package similar to the commercial offerings, because these commercial offerings violate the basic philosophy of “one thing done well”. What you can find in the Open Source world, however, are packages that can work very, very well for specific types of work, and one can select whichever package best suits the immediate needs.

“I would probably have a different perspective if I considered CAD a major revenue generator. However, for me, CAD is a “back room” tool which helps me accomplish the tasks that ARE revenue generators, and I need the simplist, fastest method of getting the ideas on paper.

So, what is “usable”? it all depends… 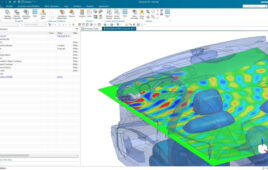 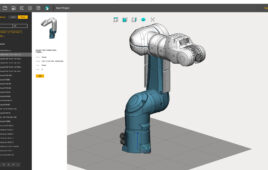 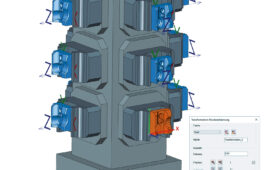 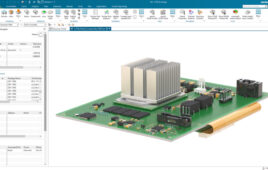