Research collaboration between UNSW and the University of Sydney has overcome a fundamental hurdle to building quantum computers in silicon, opening the way to further develop the machines at scale.

The two groups, led by Professor David Reilly at the University of Sydney and Professor Andrew Dzurak at UNSW, have demonstrated that the state, or value, of a quantum bit (qubit) in silicon can be read out in a way that removes the need to have readout sensors alongside the qubits.

The result is published today in Nature Nanotechnology.

Professor Dzurak said: “This paper has combined using a single-gate electrode technique to read-out information – a method developed by David Reilly’s group in 2013 – with the requirement for single-shot readout of qubits that can be manufactured using existing silicon chip technology – a capability we developed in 2014. This mix is very important for scalability.”

Qubits are the building blocks for quantum computers. Billions of them will need to be built in complex arrays before these futuristic machines can be applied to solving important challenges facing humanity, including the design of new medicines or assisting the development of machine learning. This presents complex design problems.

By removing the need for parallel readout sensors, the joint result allows for a computing architecture that is much simpler, meaning many more qubits can be built alongside each other.

Professor Dzurak said demonstrating the single-shot readout of a qubit in silicon is a result whose time had come.

“Four research teams across the world have developed very similar read-out techniques in silicon basically at the same time, all based on David’s single-gate technique,” Professor Dzurak said. “Two of them in Australia, one in France and one in the Netherlands.”

“This is a great result that shows that scientific collaboration is key to achieving a fault-tolerant, universal quantum computer,” said Professor Reilly, who holds a joint position at the University of Sydney and is Director of the Microsoft Quantum Laboratory.

“Such a machine will not be built in a single laboratory or a single institute. It will require cooperation on a global scale, working with some of the biggest technology companies in the world.”

Professor Reilly, also a Chief Investigator at the ARC Centre of Excellence for Engineered Quantum Systems, said: “Our result is real evidence that the critical mass of people in Sydney is creating something greater than the sum of its parts. It’s not just parallel activity at different institutions.”

Professor Dzurak, who led the project at UNSW, is Director of the Australian National Fabrication Facility (ANFF) at UNSW and a Chief Investigator in the ARC Centre of Excellence for Quantum Computation & Communication Technology. He said that Sydney has one of the world’s strongest quantum research ecosystems.

“I can’t think of another city in the world with as many people doing quantum computing,” he said. “We have teams at UNSW, Sydney, Macquarie and UTS working across the spectrum: on hardware, quantum control, quantum measurement right through to quantum software. It’s all here in Sydney.”

Professor Reilly said that this research is being done in parallel with the commercialisation of the technology.

“I have a position with Microsoft and Andrew leads a project with Silicon Quantum Computing. By working together, we are showing strong academic collaboration alongside an emerging quantum economy,” he said.

Professor Dzurak said: “One of the great things about this result is it has been put together by people coming to Sydney from across the world, attracted to the strong quantum science ecosystem we have built here.”

The paper’s lead author and UNSW PhD student, Anderson West, said: “I was attracted to working with Professor Dzurak and his team from the US as I was really impressed by what they were doing with silicon qubits.”

Corresponding author Dr Bas Hensen joined UNSW from the Netherlands, where he had already made a name for himself by experimentally demonstrating a fundamental principle of quantum mechanics using entangled qubits in diamond. He said: “I was keen to get involved with qubits in silicon and UNSW was clearly the place to be for that.”

Dr Alexis Jouan from the University of Sydney, who contributed to the research, is originally from France where he studied two-dimensional superconductors at high frequency. He said: “I am very glad to be in the Reilly group at Sydney, which is one of the best places to continue exploring the quantum world.” 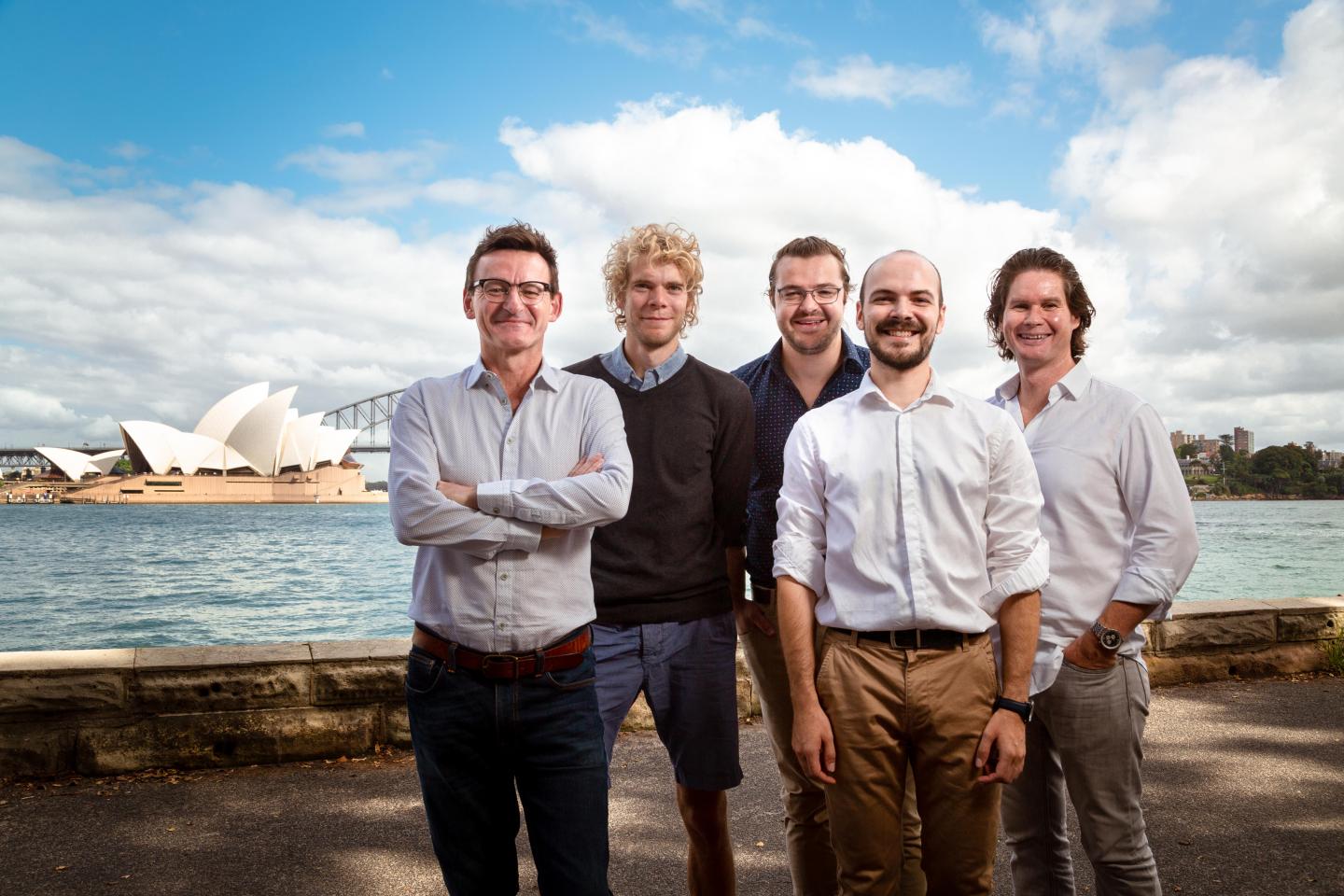