V2Clueless – Next generation of connected apps

If you had been watching the Saturday Night Live TV show in mid January of 2012, you would have seen a skit called the Headz Up App. It was an ad for a fictional app aimed at people so distracted by texting on their smartphone that they were prone to walking cluelessly into traffic.

That idea got laughs seven years ago, but it looks as though advancing V2X technology may make it a reality. A press release from Purdue University about a system called Phade sounds a lot like Headz Up, but it is completely serious. Phade, devised by Purdue researchers, is a technology that lets ordinary public cameras be used to send personalized messages to people wandering around on the street with a smartphone.

The trick that makes Phade possible is the use of the smartphone’s pattern of motion on surveillance cameras as its address. A server taking in the camera video feed builds a data packet by linking a message to the address code it comes up with by watching people move around. When a smartphone gets a packet, it compares data from its own gyroscope and accelerometer to what the packet address says. If the two match, the smartphone automatically delivers the message to its owner.

You have to give the Purdue researchers credit for their ingenious way of sending messages without first learning the destination’s IP or MAC address, information ordinary data transmission protocols need before they can pass data back and forth. The researchers also built privacy into their scheme by keeping personal sensing data within the smartphone and by blurring out some of the motion details.

But they seem to be missing the boat when it comes to who would actually use Phade. The researchers talk about places such as museums where visitors can receive messages about the exhibits they’re viewing and stores such as Amazon Go, which uses phone technology to get rid of traditional checkout registers. They mention public safety uses in high-crime or high-accident areas to warn specific users about potential threats, but these almost seem like afterthoughts.

That the old SNL skit probably comes closer to a vignette of Phade’s future than what its creators envision. After all, Phade tackles a problem more compelling than uninformed museum visitors – autonomously driven vehicles that can’t be trusted to stop short of absent-minded pedestrians.

I have one piece of advice for the Purdue Researchers, who envision their system issuing relatively circumspect warnings to smartphone users, along the lines of, ‘Car coming, be careful.’ Instead, make the warnings as creative as the technology. For example, as the smartphone owner is about to step into the path of an oncoming car, the phone might blurt something like, ‘Keep walking. Laughing at people’s misfortunes cheers me up,’ or, ‘I was going to smack you in the face but I think that car bearing down on you is going to beat me to it,’ or, ‘Stumbling into traffic is the kind of pig-ignorant behavior I’d expect from a pinhead like you.’

Comments like these are just the thing to get the attention of people too absorbed in texting to see what’s in front of them. 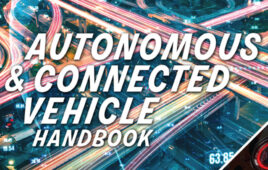 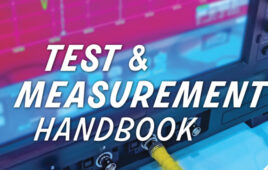 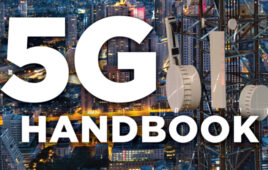