Ready for a few laughs? Peek into a recycling bin sometime. The experience can be entertaining if you are amused by widespread misperceptions of what constitutes recyclable material.

materials that can’t be recycled. For example, your average receptacle for recyclables in an airport or shopping mall is likely to contain a lot of polystyrene cups. Though strictly speaking PS can be recycled, the process is so fraught with difficulties that it almost never happens.

Among the reasons: PS can’t be reground and remolded without degrading. Additives and fillers prevent its direct recycling, and contamination with food greatly complicates any efforts aimed at reuse. Obviously, PS foam is also light and bulky, so a little bit of it takes up a lot of space. An eighteen-wheeler-load of the stuff doesn’t contain all that much real material, resulting in transportation costs that are through the roof. Consequently, little of the PS thrown away escapes landfills.

But for real hilarity, try walking into a Starbucks and looking at what coffee drinkers think can be recycled. Note to caffeine addicts: Pitching coffee cups in the recyclable bin doesn’t mean they will be recycled.

The problem is that the paper cups used by Starbucks (and by many fast-food establishments) are lined with a thin layer of polyethylene plastic. At paper mills that recycle paper, the plastic coating breaks up into large flakes that pass through coarse pulping screens but clog fine screens. The filter clogs are problematic, so most paper mills send the cups to landfills automatically. Published reports say that only three of the 450 paper recycling mills in the U.S. can handle plastic-coated paper.

Starbucks management is well aware that its cups generally can’t be recycled – it has conducted programs at least back to 2008 aimed at making them recyclable. For a variety of reasons none of these efforts, or similar efforts undertaken by materials producers, have panned out. Consequently, most paper cups are just trashed.

Unfortunately, the fun of ridiculing people who put goofy stuff in recycling bins is coming to an end. That’s because much of the debris in recycling bins – even the polyethylene terephthalate (PET) and polyethylenes which are quite recyclable – is now likely to wind up in landfills. The reason is a change in policy by China. That country has been the largest global importer of recyclable materials. Much of the recyclable material generated in the U.S. has wound up being shipped there. Now, China has banned imports of 24 categories of recyclables and solid waste. And there isn’t much of a domestic market for all the recyclable plastic we generate.

That situation may eventually change. Researchers writing in a recent issue of Science Magazine point to recycling-friendly developments in the works ranging from plant-based plastics, to better ways of depolymerizing plastics, to polymer designs that more readily degrade in the environment. But the authors make it clear none of these improvements will happen anytime soon.

So until we reach that golden age of recycling, the most pragmatic strategy seems to be this: Just throw your debris in whatever waste receptacle is the least full, regardless of whether it has a recycling label affixed. 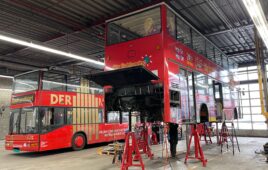 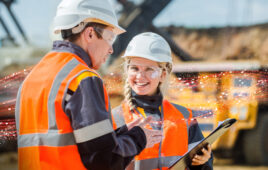 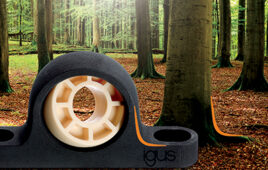