This isn’t the first time we’ve seen researchers draw inspiration from the natural world when designing unmanned aerial vehicles (see: ‘Buggy’ Drone Can Perch on Ceilings and Walls). It makes perfect sense: after thousands of years of evolution, Mother Nature knows a thing or two when it comes to engineering animals capable of effortless flight.

Case in point: University of Southampton researchers have recently constructed a drone prototype that incorporates the unique mechanical properties of bat wings. Made from a paper-thin rubber membrane, the drone’s wings can change shape in response to the force it encounters, leading to longer flights that rely on less power.

“The unique aspect of a bat-wing is that it’s made of muscles, and when it starts to flap the wing what it can do is the wing can actually deform and change shape,” said Professor Bharath Ganapathisubramani of Southampton’s Aerodynamics and Flight Mechanics Group. “And the change in shape could make it more efficient and make it fly better.” 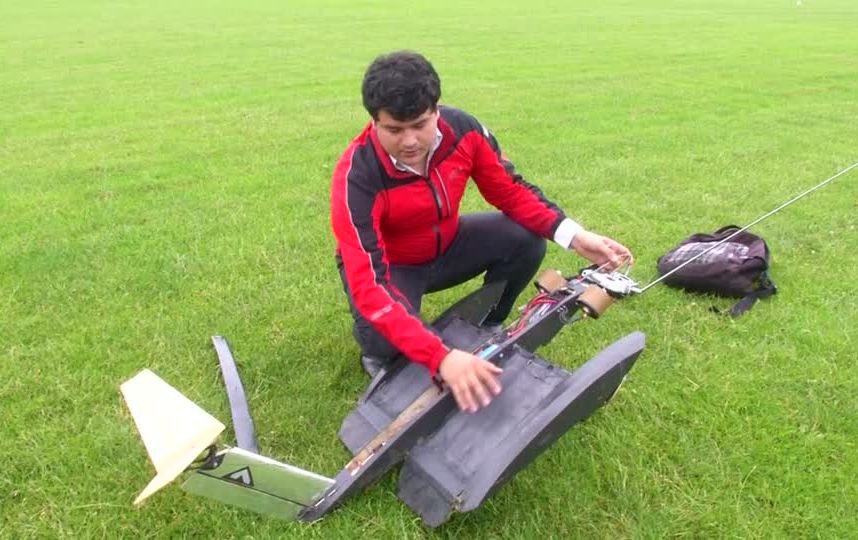 Membrane wings can keep an aircraft afloat because the structure creates a series of vortices as air passes over it, producing lift. In the future, these wings will incorporate electro-active polymers that will stiffen up or relax (depending on the voltage applied to them), mimicking the way bats can control their wings, via a network of special muscles called plagiopatagiales, during flight.

In addition to the “bat wings,” the team’s prototype consists of two electric rotors that cause the drone to lift off like a hovercraft. These are then tilted back into a horizontal, more streamlined position, allowing the drone to fly at higher speeds like a regular airplane.

The team is confident that their findings represents a “paradigm shift” in drone design, leading to aircraft that perform better, transport higher payloads, and fly over longer distances. The next step will be to incorporate the research into current unmanned aerial vehicle (UAV) designs, which are used for a wide range of civil and military applications.