As we explored in Part 1 and Part 2 of this six-part series, machine designs are evolving with wireless connectivity, cloud-based operations, and open programming.

In this installment, we explore how Ethernet has continued its expansion in industrial connectivity. We also detail increasingly useful cable types for IO-Link and HIPERFACE … as well as cross-network and single-cable solutions.

“Some old bus systems have data rates of 1 to 20 Mbit and no real-time reaction,” said Horst Messerer, who is the sales manager for data, network, and bus technology at HELUKABEL. “Certain types of manufacturing can tolerate these rates … so bus protocols won’t go away entirely — but they’re seeing reduced market share.” In contrast, Ethernet data rates are at least 100 Mbit to support tracking and processing of data in real time.

Plus unlike fieldbus and device networks necessitating various physical layers, Ethernet works off one … and now, Power over Ethernet (PoE) now lets design engineers take use of that single physical layer even further. Shown here is a TSM14POE StepSERVO integrated motor from Applied Motion Products. It uses a power over ethernet (PoE) single-cable solution to satisfy motion-control applications requiring minimal wiring and a small footprint. Combining power and Ethernet communications in a single connector simplifies wiring to the integrated motor so it can mount almost anywhere.

“Another trend resulting from the intersection of IIoT and motion control is the use of PoE connections on motion controls,” says Eric Rice of Applied Motion Products. “In the past it was difficult to get energy sufficient to power a motor from PoE connections … but the rapid adoption of higher-power IEEE standards in industrial Ethernet switches is supporting expansion here.” 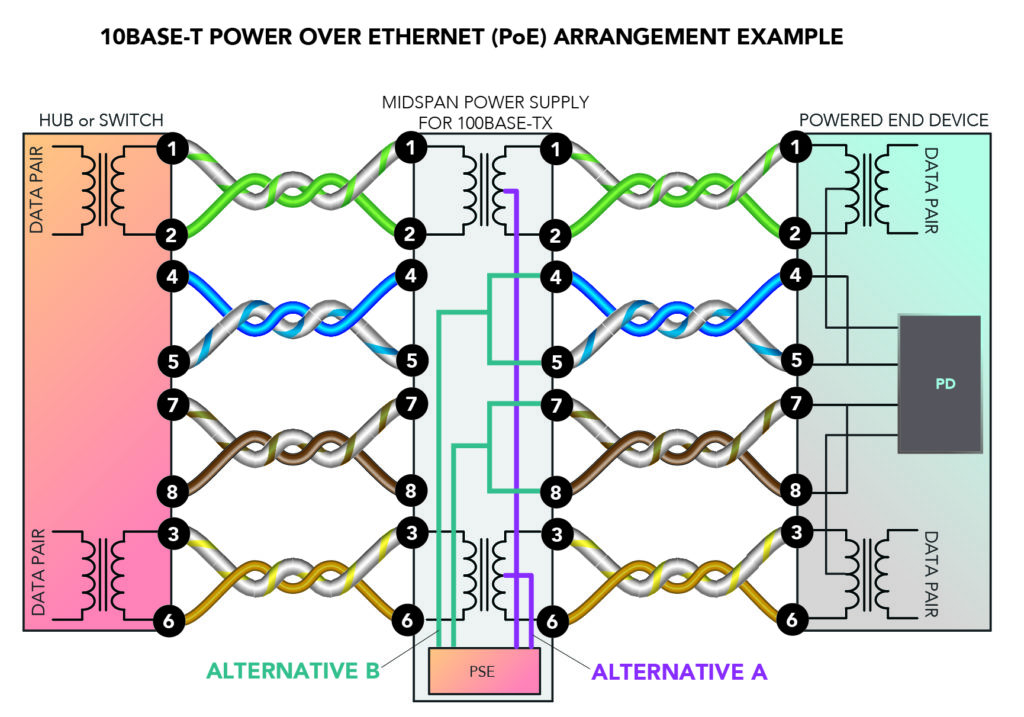 The 802.3at standard for example provides 25 W of power to connected devices — which is enough to run a NEMA-14 step motor at full power.

“At Applied Motion Products, we’ve leveraged that capability to develop a fully integrated NEMA-14 step motor with closed-loop current control and a single standard Ethernet connector for power and communications,” says Rice. Each integrated motor receives power and communications via one of two standard Ethernet cables (RJ45 or X-coded M12) and supports common networking protocols such as Modbus TCP and EtherNet/IP.

In fact, Ethernet-based connectivity is often in the form of EtherNet/IP. This application-layer protocol allows communication between controls and I/O; certain adaptations allow synchronized and deterministic multi-axis motion control. Shown above are an electric steering motor and steering wheel sensor from Allied Motion; EnduraMax 75i & 95i motors with integrated electronics; and an H-Drive — all of which have optional CANopen functionality.

“We create customized motion solutions integrating our gear, motor, feedback, and control technologies. That frees OEMs and end users to focus on their system architecture and not worry about interoperability of individual motion components,” says Jeff Shearer, systems engineer at Allied Motion. The supplier ensures mechanical compatibility of their integrated motion solutions by machining any output required to properly interface end effectors and other subsystems. “In addition, we support control networking by offering systems with various digital and analog I/Os as well as connectivity to every major networking standard — including CANopen, CANopen Safety, J1939, Modbus RTU, and EtherCAT,” adds Shearer.

In many instances, protocols require certification of physical components … including cables, controllers, and feedback devices. Consider CAT5e and CAT6 Ethernet cables. 802.3 (1 Gbit/sec or GbE) Ethernet can use Cat5a or increasingly common Cat6 cables supporting the PoE we just discussed. Now two for CC-Link Industrial Ethernet (IE) — flexible chainflex CAT5e and CAT6 cables from igus — are available for use in cable-carrier-bundled bundled energy chains and have UL certification for North American markets as well as the certificate for CC-Link IE protocols so common in Asia and growing around the world. Such cables can make connections between control, device, and sensor-level components via CC-Link variations for these network levels … with all commanded by an industrial computer.

Consider one example of such a computer — Mitsubishi Electric Automation’s MELIPC series controllers. These support the CC-Link IE Field industrial network (again, one of several in the CC-Link protocol family) and allow data exchanges to 1 msec for real-time equipment control. The controllers also leverage the network for data computing, remote monitoring, edge computing, and the integration of hardware and software. All models include Windows 10 IoT Enterprise 2016 installed … some include another operating system (VxWorks) and open-platform Edgecross to process and distribute data. Some versions also include a touchscreen to double as an HMI. Elsewhere, HMIs might do double-duty as gateways … and many motion-component manufacturers offer network gateways and cable sets to enable connections of their linear actuators and other devices to CC-Link. For example, the gateways might convert data from a host CC-Link communication protocol to the component suppliers’ own RS-485 communication protocols. Such gateways (and those more sophisticated) make it easy to integrate and control RS-485-connected components under the host communication environment.

Even beyond the enduring standards of serial interfaces and the burgeoning forms of Ethernet connectivity, other cable and communication standardization is simplifying sophisticated communication between components on a given network level. Consider the migration to single-cable solutions for servodrives and motors: HIPERFACE DSL from SICK is one servo-control feedback interface using single-cable technology. Fully digital two-wire communication supports operating communications as well as condition monitoring of servo axes. Exlar Automation of Curtiss Wright offers linear motion solutions that are compatible with nearly all amplifier brands. A single-cable DSL connection allows for a quick and seamless integration of controller and motor while reducing the total cost of ownership.

But single-cable solutions may benefit linear actuators most of all.

“Exlar Automation of Curtiss Wright offers linear-motion solutions that are compatible with nearly all amplifier manufacturers on the market,” explains Eric Summerfield, product manager of integrated linear actuators at Exlar Automation. “Adding the single-cable DSL connection as an option allows for a quick and seamless integration from controller to motor while reducing the total cost of ownership.”

Another single-cable solution on the rise is IO-Link — that branded standard of IEC 61131-9 defining a simplified system for actuator and sensor connectivity. In fact, the number IO-Link-capable devices could double every year through 2023 as end users and OEMs aim to leverage the expanding suite of IO-Link functions.

“We’re actually considering the integration of an IO-Link Master in our intelligent motors — to extend our capacity of connectable sensors for decentralized automation concepts,” says Markus Weishaar, product manager of IIoT & Software at Dunkermotoren. “Of course, because our motors can communicate via industrial Ethernet or CAN bus, we see no need to connect them to IO-Link networks as slaves.” Shown here are Bosch Rexroth IO-Link hubs and other components.

For industrial automation, cables must perform mechanically and electrically.

Engineers must know the expected service life of cables destined for use in their machinery — as end users need to know when cables might require replacement. That’s why we offer various mechanical-performance levels for cables of a given electrical rating — so engineers have more design flexibility and (where appropriate) the ability to reduce overall design cost.

Such customizability is even possible with fiber-optic cables. Consider a recent application in an e-spool product used on a design for tracking satellites. There aren’t many continuous-flexing fiber-optic cables on the market … but we sell them in four different mechanical performance levels. The most rugged even withstands use on an e-spool, which tends to be very mechanically demanding — with a lot of twisting and bending. Connectorized cable assemblies complete the connectivity setup for a guaranteed service life.

In another demanding application, our assemblies prevent the problem of corkscrewing cables on a paint robot. The connectivity subsystem withstands the aggressive bend radii and fast speeds so typical of quick and agile paint systems — even where the robots follow paths that are very hard on cables. What’s more, cables in paint booths must withstand heavy solvents and paint types used in automotive applications — plus meet UL listings for hazardous environments. Here, chainflex cables (pre-verified in our German test laboratory) confirmed the cables were appropriate before final specification and installation.

⚙️ Continue onward to Part 4 of this series: Edge computing and gateways proliferate for industrial machinery 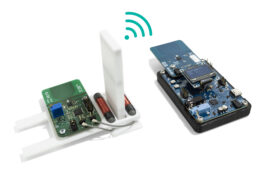 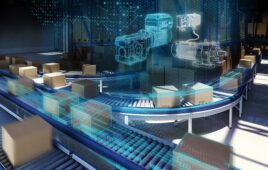