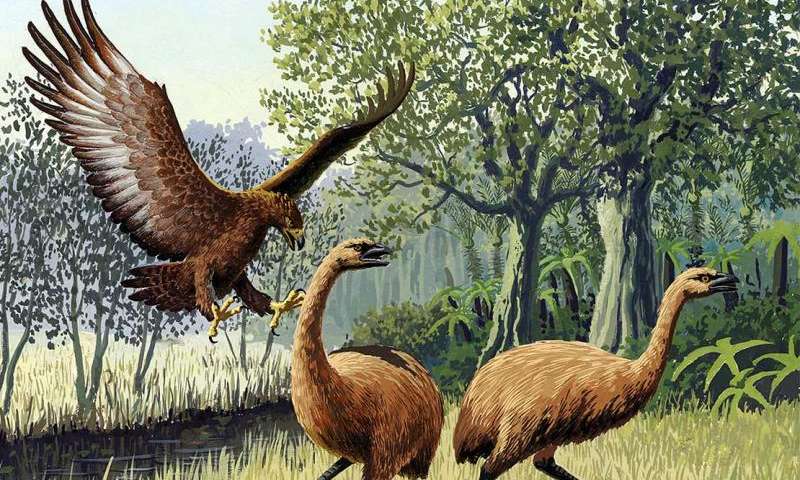 The giant birds like moa and adzebills walked New Zealand thousands of years ago. Now, three-dimensional digital models are being used to show what these creatures would have looked like when they were alive.

Staff from Massey University, the Auckland War Memorial Museum, and The Museum of New Zealand Te Papa Tongarewa teamed up to scan the bones of the extinct birds, piecing together a 3D model from the available fossils.

The moa bones, including skulls and wing and leg bones, were scanned in the last week of November. Next, Ornithologist Daniel Thomas of Massey University will lead the creation of the digital models based on the scans, which are chronicled at a website hosted by Massey University.

Later in the year, they will scan more fossils at the Auckland Museum, which will then be sent to Te Papa. Other species to be scanned in the project include the Haast’s eagle, which had a wingspan of 8 to 10 feet, the Forbes harrier, and the large, sharp-beaked adzebill. Both the Haast’s eagle and the moa are believed to have become extinct around 1400 due to human depredation of the moa.

“We are going to see more of this in New Zealand. For a while now, researchers have used CT scanners to make digital versions of 3D bones, but few museums have this technology in-house. The 3D scanner we have is portable, so it can be brought into museum collections,” said Thomas.