A bipartisan group of governors working to strike compromise on hot-button policy issues took on the question of health care on Friday.

Republican Ohio Gov. John Kasich, in presenting the group’s blueprint for policy changes at the National Press Club, lamented that one of the country’s largest challenges seems to have been set aside by policymakers.

“It’s like health care doesn’t even matter anymore down here,” he said.

The governors’ plan includes their ideas for improving affordability, restoring stability, promoting flexibility so that states can innovate, and eliminating duplicative and burdensome insurance regulations.

“If we were to go about doing these systemic changes, we’re going to save a ton of money,” Kasich said. 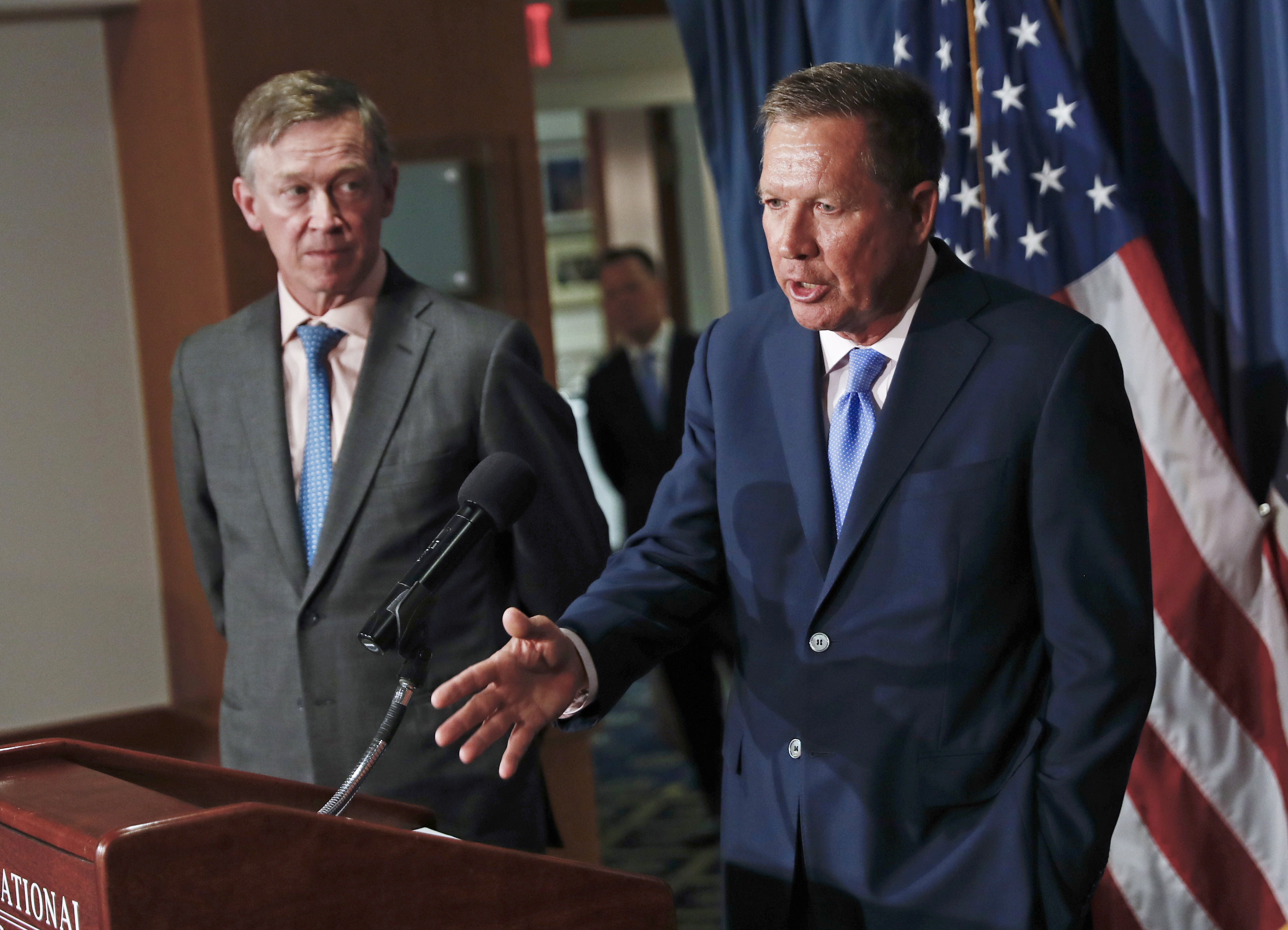 The governors urge the federal government to restore insurer subsidies that were stopped by President Donald Trump, triggering sharp increases in premiums this year. They also seek more outreach to help sign people up for coverage.

The governors also recommend action to shield insurers from the full cost of treatment for patients with very expensive conditions. That’s called re-insurance in industry jargon.

Alaska has already implemented such a program, with the blessing of the federal government, and it helped control premiums there. The idea has bipartisan support in Congress, but the outlook is uncertain.

“What they did in Alaska is a model for a lot of us,” Hickenlooper said.

The governors’ proposal doesn’t merely call for federal government action, it also provides examples of effective state efforts that can be used as examples at the federal and state levels, said Greg Moody, who leads Kasich’s Office of Health Transformation.

The blueprint incorporates agreeable solutions that states have found, for example, to streamlining regulations and cutting Medicaid costs, Moody said.

Hickenlooper said they’re “directions that we can agree to on a bipartisan way that allow us to at least contemplate getting our arms around the runaway inflation (in health care spending).”

A guiding principle of the group’s work, according to the document, is to “reject false choices,” items that are leading to some of the biggest disagreements around the nation over health care.

For instance, it’s not necessary to choose between ensuring high quality care and reducing costs or between being fiscally responsible and being generous and humane, the group argues. A quality health care system can foster individual accountability and support people in need, it says.