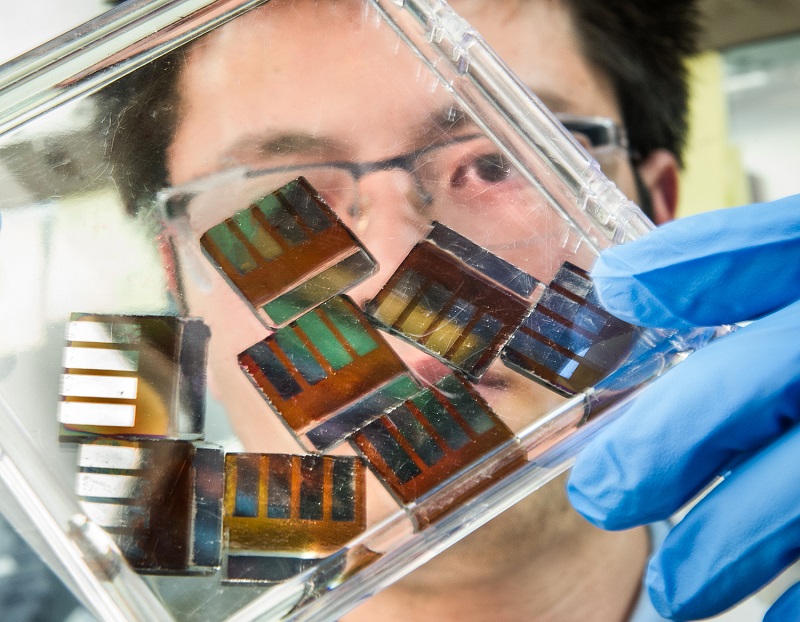 Researchers have discovered that dousing perovskite solar cells with a methyl ammonium bromide solution can prevent defects, resulting in higher efficiency and reliability.

Typically, hybrid halide perovskite solar cells are grown as crystals using precursor chemicals. They are then exposed to an anti-solvent which removes the precursor, leaving the fast-crystalized perovskite film. Adding the anti-solvent is something of an art form, said the researchers at the National Renewable Energy Laboratory working on the project. In order to prevent defects in the cells, the anti-solvent has to be added within a small window of time. If it isn’t, defects such as non-continuous or non-uniform crystals are likely to form.

The ripening process is induced by introducing a methyl ammonium bromide solution.

The project was spearheaded by researchers from the Energy Department’s National Renewable Energy Laboratory (NREL) and Shanghai Jiao Tong University. It is part of the U.S. Department of Energy’s SunShot Initiative, which is dedicated to making solar energy cost-competitive with traditional energy.

A paper on the subject was published in Nature Communications on Aug. 1.