Back in the early 1990s, before the Internet had spread much beyond hard-core forum dwellers on Compuserve, I penned a piece about electronic data interchange. The first EDI messages were sent in 1965 when the Holland-American steamship line transmitted trans-Atlantic shipping manifests via telex. By the time I wrote my article, Ford, General Motors, and large retailers which included Sears and Kmart had mandated that their suppliers send business documents such as invoices and logistics updates over EDI. 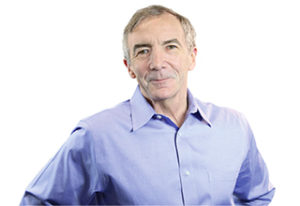 traveled across ordinary phone lines, though a few forward-thinking institutions had installed high-speed data links going to their biggest suppliers.

I happened to think back to the origins of EDI recently thanks to the musings of science writer Matt Ridley. Ridley speculates that the internet revolution might have happened ten years earlier in the absence of a government network which strictly forbade commercial use. He points out that until 1989, the Federal government actually prohibited the use of the Arpanet, predecessor to the Internet, for private or commercial purposes. An Arpanet handbook of the 1980s even called the practice of sending electronic messages for commercial or political purposes “both antisocial and illegal.”

All in all, Ridley says, even if the Arpanet hadn’t existed, it is inconceivable that a general means of connecting computers to each other would not have emerged before the end of the 20th century. Thinking back to EDI infrastructure already in place in the early 1990s, we had a candidate technology for those connections. It wouldn’t have been much of a stretch for EDI data links to add general email messages to the data load they were already carrying about incoming shipments.

The inevitability of interconnected computers might be something to keep in mind as you ponder the latest figures for U.S. government research & development spending. Proponents of government R&D often point to the Internet as an argument that more public R&D is always better. They worry because though the U.S. has spent more than all other countries in total R&D until this year, the publication R&D World now forecasts that China will outspend the U.S. in total R&D by about 3.8% or $22.8 billion. R&D World furthermore says the U.S. now ranks 14th worldwide in public R&D. Public R&D intensity values in France, Germany, South Korea and Austria now exceed that of the U.S., a trend which appears to be a product of a slowdown in federal R&D spending following the 2009 financial crisis.

But those who are down in the mouth about U.S. public R&D spending should cheer up. According to Terence Kealey, a clinical biochemistry professor at the University of Buckingham in the UK, the idea that science drives innovation, which then drives commerce, is mostly wrong.

In fact, Kealey argues it gets the relationship between science and innovation exactly backwards. Examine the history of innovation, he says, and you’ll find scientific breakthroughs as an outcome, not the cause, of technological change. To cite one example, the discovery of the point-contact transistor came from three scientists trying to replace electromechanical relays in telephone switch gear. And that happened at Bell Labs, not at a university.

On the whole, technology is more likely to come from other technology rather than from ivory towers, something to keep in mind when the topic of research funding comes up. DW 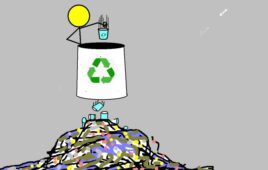