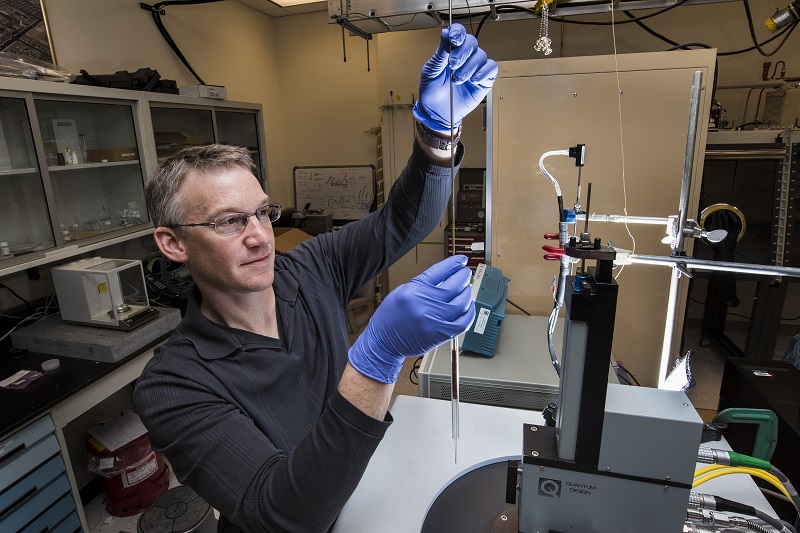 This magnetic material could make it easier to store the energy generated by wind, solar, or geothermal power, putting powerful generators in even remote locations outfitted with facilities the size of a semi-truck.

First, the iron nitride powers are created using ball-milling, during which they’re ground in liquid nitrogen and ammonia. FAST is then used to consolidate the resulting powder using heat and pressure.

The type of iron nitride used is the y’ phase, y’-FE4N. This form has never been used in a device before, although it has been synthesized as a thin film in a high-vacuum environment. Using it with FAST could make it possible to make high-frequency transformers perform better while at the same time being lighter and cheaper. In turn, this allows for easier use in renewable energy storage. The transformers made with this material could be 10 times smaller than those that are currently available.

“FAST enables the net-shaping of parts, meaning that iron nitride powders can be sintered directly into perfectly sized parts, such as transformer cores, which don’t require any machining,” said Todd Monson of Sandia’s Nanoscale Sciences Department, who lead the project.

Another appeal is that the transformers don’t need a lot of cooling. Air cooling would be sufficient to keep the core material within appropriate temperature ranges.

The next step is to continue to test the transformers’ characteristics on power-conversion test beds. Members of the team have filed for a patent for the material synthesis used in the development of the magnetic materials.

The project is funded by the Department of Energy’s Energy Storage Program in the Office of Electricity Delivery and Energy Reliability and was built in collaboration with University of California, Irvine and Arizona State University.