The Quadro K6000 GPU delivers five-times higher compute performance and nearly double the graphics capability of its predecessor, the NVIDIA Quadro 6000 GPU, and features a large and fast graphics memory.

Combining performance and advanced capabilities in a power-efficient design, the Quadro K6000 GPU enables organizations such as Pixar, Nissan, Apache Corporation and WSI, Professional Division of The Weather Company and Innovation Engine of The Weather Channel, to tackle visualization and analysis workloads of unprecedented size and scope. 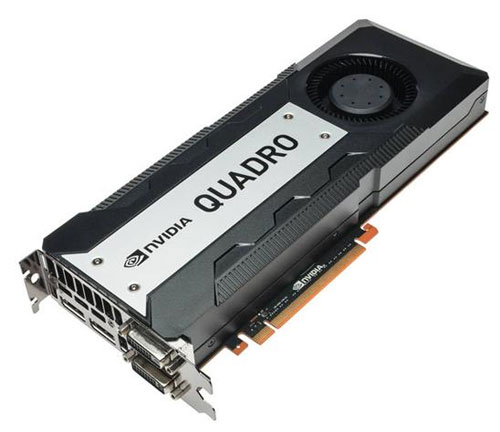 Performance
The Quadro K6000 GPU is based on the NVIDIA Kepler architecture. Key performance features and capabilities include:

Availability
The NVIDIA Quadro K6000 will be available beginning this fall from Dell, HP, Lenovo and other major workstation providers; from systems integrators, including BOXX Technologies and Supermicro; and from authorized distribution partners, including PNY Technologies in North America and Europe, ELSA and Ryoyo in Japan, and Leadtek in Asia Pacific.