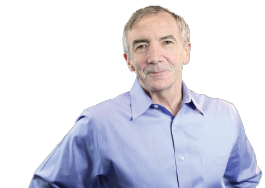 I once had a root cellar illuminated by a single incandescent light bulb, the kind of bulb that is being phased out thanks to energy efficiency regulations. I would use that light bulb perhaps 15 minutes over the span of a year. When it burned out, DOE regulators would have had me replace it with a compact fluorescent bulb costing about five times as much as the original incandescent. Turned on only 15 minutes/year, there was no way the increased efficiency of the CFL bulb would ever make up for its price tag.

I recalled this incident when reviewing a recent report on whether energy efficiency regulations put in place by the Dept. of Energy are worth what they cost. DOE efficiency regulations now apply to everything from refrigerators and water heaters to lamp ballasts and electric motors. The Office of Information and Regulatory Affairs (OIRA) says these mandates have posed the third-highest cost burden on U.S. citizens from 2002 to 2012 of any regulatory agency, behind only those from the DoT and EPA.

Of course, costs are OK if their benefits more than pay for them. DOE’s own estimates are that from 2007 to 2015 its regulations have cost $9.5 billion but have brought $32 billion in benefits. The problem, points out a think tank called the American Action Forum, is that both figures are subject to a large amount of uncertainty. One issue is that they are based on economic models rather than on real data. The economic models use a discount rate to figure out whether money spent today on more efficient products will be earned back from benefits over time because of lower energy use. But scholars from the George Washington Regulatory Studies Center who have looked at DOE regulatory assumptions have found that small adjustments in the discount rates can turn a rule with benefits into something that costs more than it’s worth.

More worrisome, says AAF, there is no such thing as a “peer review” outside the DOE for the assumptions that go into economic models justifying rules. That leads to energy regulations that are on shaky ground economically.

Fortunately, some energy regulations have been in place long enough for scholars to study what actually happens when they’re implemented rather than what models predict. The results aren’t promising.

In one case, National Bureau of Economic Research scholars looked at more than 30,000 households that had participated in a DOE weatherization assistance program. The researchers found the upfront investment costs to be about twice the actual energy savings.

Big surprise: The economic model DOE used to justify the program turned out to be flawed. It projected savings of about 2.5 times what was actually realized. Even worse, those who participated in the program didn’t seem to be any warmer in the winter. NBER scholars found no evidence of significantly higher indoor temperatures at weatherized homes. And even when accounting for the broader societal benefits of energy efficiency investments, they say, the costs still substantially outweigh the benefits; the average rate of return is approximately -9.5% annually.

I suspect that roughly the same rate of negative return applies when incandescent bulbs used a few minutes annually get replaced with much more expensive energy efficient versions.