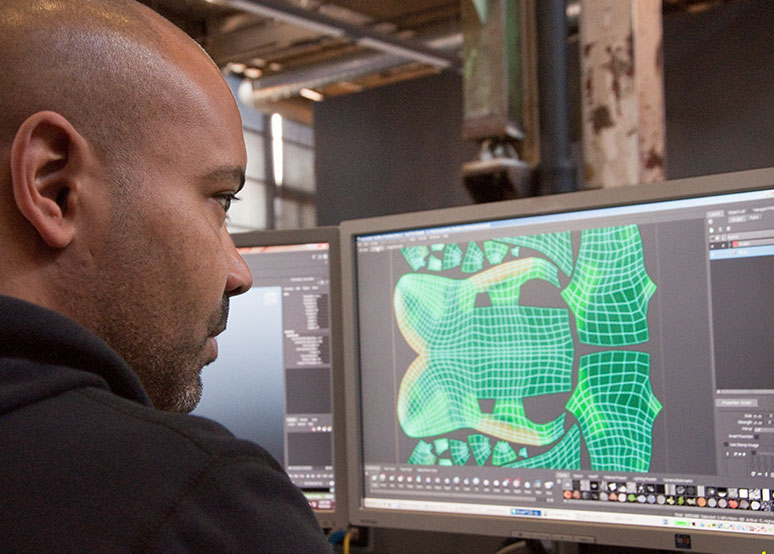 As computer-aided manufacturing becomes more accessible, businesses are looking to capitalize on the potential improvements on computer numerical control machining. Sandesh Joshi, the president and co-founder of Indovance, previously worked as a senior R&D member at Solidworks and has been keeping a close eye on the development of CAD and CAM. PD&D spoke with him about how Indovance uses Solidworks CAD and what businesses can do to leverage CAM as it becomes more widely available.

Solidworks CAM mixes CAD and CAM. In what way does it streamline the product design process?

Solidworks bringing on CAM can be a game changer. We’re still waiting to see how it works out, but it could be a game changer. When the software was launched almost 20 years ago, it brought 3D CAD essentially to everyone. At that point, getting a 3D CAD license was a big deal, but then it became more available on the PC and reinvented middle-range CAD software. I think now is the opportunity to bring CAM to the market in the same way. Students often learn Solidworks in university, and having access to CAM early on also helps students become aware of CAM on day one. Being available on every Solidworks software offers opportunities on a larger scale than ever before.

What trends are you seeing with Indovance?

CAM is not as common in every company we work with as CAD is. Several years ago, 2D AutoCAD was everywhere and 3D CAD like Solidworks was not so common. Today it is different; many companies have already made the jump to 3D CAD. So CAM is one step behind that. But another force is coming into the market: rapid prototyping, which is another manufacturing process that is becoming ubiquitous and economical. So integrating CAM plus the rise of rapid prototyping is going to get manufacturing essentially at all engineers’ desktops faster and better than ever.

What will users find most useful out of integrating manufacturing into their CAD work, and which users will get the most out of it? Small business owners, engineers from global companies – who is using your service?

Our clients are mostly looking for CAD services and support. We are working on supporting all clients with CAM as well.

Right now, a lot of the time, designers and manufacturers are two different entities. So this could be a way to move those two closer together.

CAM is not new, but ease of access and everyone having access to the same or similar software that speaks the same language will be a big step.

Right now there are similar languages, but they are driven by the manufacturing processes, the machines that require the CAM programs. It’s not going to be an overnight job to get everyone standardized, but there has been ongoing standardization for a while now, but with one strong platform that is going to help streamline faster and a market leader like Solidworks bringing it on everyone is likely to align.

What success stories have you seen so far?

Some of Indovance’s core strengths are scalability, faster turnaround time on projects, and handling large-scale projects. That’s something we focus on and that’s been our bread and butter for years. For example, with a pressure vessel company, we help them design very quickly, often in a matter of hours rather than days. That’s complex custom design, and that has helped them reduce their turnaround time with the customer from something like six weeks to three weeks. And that is a huge advantage for our clients.

We have a similar story working with a design and manufacturing company that manufactures injection molding cylinders which are used across multiple industries such as food or oil and gas. Depending on the industry the precision of the design changes. In this industry as well we are able to design for manufacturing and reduce the turnaround time almost by half. Again, this is weeks from design to manufacturing and we are able to cut that down by half. There are multiple examples along the same lines.

What are the pros and cons of streamlining design and manufacturing?

These are going to be exciting times. The devil is in the details, so it’s going to be wait and watch. I guess the starting point is going to involve changes and feedback based on the market and how users use it. So I expect the next couple of years or so will be exciting for CAM.

The cons: potentially if one software becomes common the good and bad is others are likely to align themselves, but then everyone kind of has to align. But I think in the bigger picture, CAM reaching every desktop is very powerful.

Tips for customers to get the most out of CAM?

When adopting any new technology in a company, one strong recommendation I have is to think long term. The results are often not viable or visible in a matter of weeks or even months. But [they are] long term. So think long term and then analyze productivity, quality, and saved time and money, as well as labor cost and material cost when adapting to a new technology like CAM.

Indovance is a CAD outsourcing services company with operations in Cary, N.C., and India.