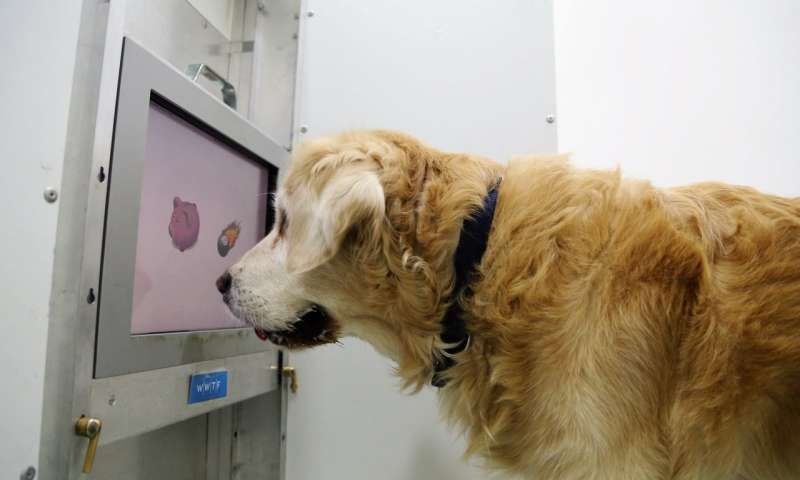 Regular and lifelong training can form positive emotions and prolong mental deterioration in old age for dogs. According to a new study led by cognitive biologists from Vetmeduni Vienne, computer interaction is being considered a practical alternative for stimulating the brains of older dogs that can’t endure the same degree of physical activity as younger canines. In the training lab, dogs positively responded to cognitive training using educational touchscreen games.

Even in their older years, dogs are capable of learning, so constant brain training and mental problem solving can help. Older dogs are almost never trained or challenged mentally. The study proposes computer games as an efficient alternative (as shown in the photo above), with simple mental tasks coped with a reward system capable of replacing physically demanding training, and still keep the animals mentally fit even in old age. 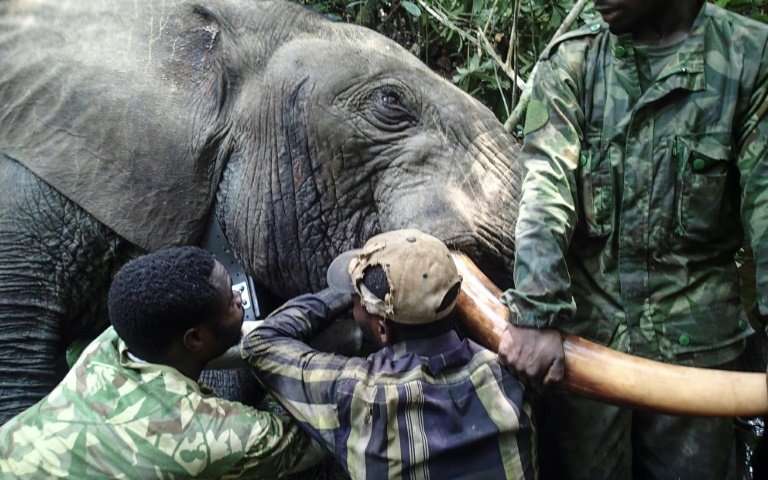 The authorities are waging virtual war on the lucrative ivory trade and the poachers who come from neighbouring Cameroon and Congo, driving deep into Gabon in militarised columns with shooters, trackers and porters. (Image Credit: Phys.org)

Conservationists in Gabon started using GPS real-time tracking collars on elephants in an effort to stop poachers and ivory tracking. The process of getting these collars on the elephants requires five to seven men, including a veterinarian, scouts, and trackers to guide the group through the terrain that makes up elephant habitat. After incapacitating the elephants using tranquilizers (as shown in the image above), the team conducts health checks, takes samples, and fits the elephant with a giant black GPS collar. The process takes about 10 minutes, and has resulted in the tagging of 20 elephants in the Mwagna and Ivindo parks of Northeast Gabon.

Once they’re tagged, the elephant’s movements can be tracked on a map at the ANPN operation centre. The large screen shows live satellite input from the GPS collars, which display a warning if an elephant gets too close to inhabited areas, or doesn’t move for too long. Gabon has had increasing problems with poaching. Ten years ago, the region had over 45,000 elephants, and blames poaching for the demise of more than 15,000 (one-third the population). 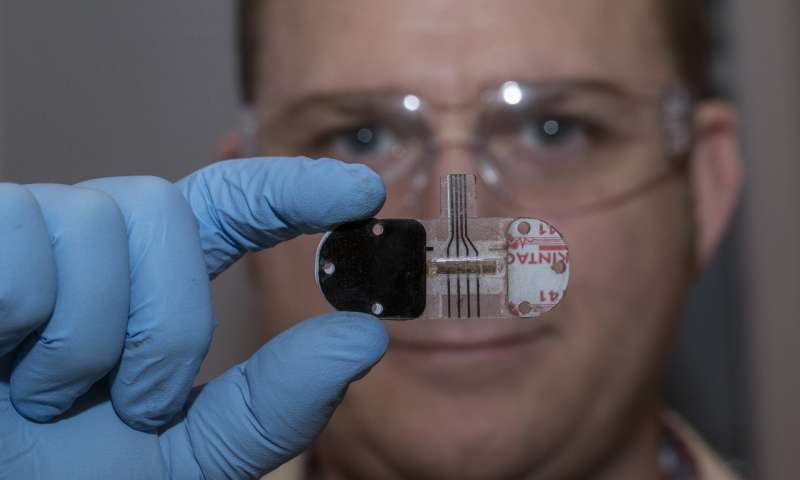 The University of Cincinnati is developing methods to overcome the barrier that is human skin, and doing so while preventing infection and dehydration. By developing noninvasive tests, researchers are getting opportunities in medicine and the fitness industry. Researchers think of the skin as an opportunity because you can measure things through it optically, chemically, electrically, and mechanically, when it’s actually the opposite—the body evolves to preserve its chemical analytes, making the skin not as good at these measurements.

Researchers at the University have been developing innovative ways to gather information from human sweat, using band-aid-sized devices that are described as the “next-generation” of sweat-stimulating sensors (as shown above). The sensors generate sweat on a tiny skin patch, even when the subject is resting, which the sensors then use to take measurements. The biosensors collect and concentrate the slightest amount of sweat into readable samples and even measure the galvanic skin response, which indicates how much someone has been sweating. 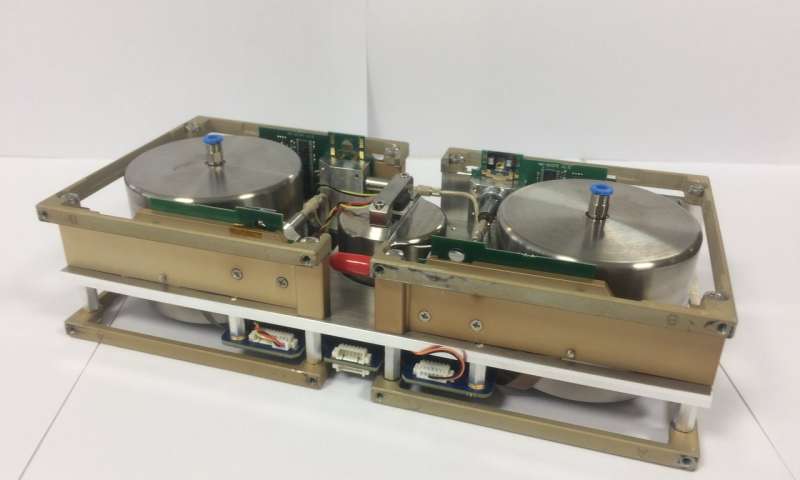 GomX-4B’s cold-gas thruster system takes up two half-CubeSat units at one side of the nanosatellite, with two spherical titanium tanks filled with liquid butane. It has four 1 mN thrusters, typically to be fired in pairs while keeping one set in reserve. (Image Credit: Nanospace)

The European Space Agency’s (ESA) first mission of 2018 was launched this week, in the form of two a cereal box-sized satellites. Known as the GomX-4B (pictured above), this craft is the agency’s most advanced technology tester. The satellites feature a hyperspectral camera and tiny thrusters for maneuvering thousands of kilometers from its near-twin to try and out their radio link. Built around 10×10 cm units by ComSpace in Denmark, the “six-unit” CubeSats double in size compared to their predecessor, the GomX-3, which was released from the International Space Station in 2015. The satellites were launched from Jiuquan, China on a Long March 2D rocket carrying a Chinese satellite to detect electromagnetic disturbances that may potentially offer earthquake warnings. The main objective of Denmark’s GomX-4A includes monitoring the Arctic.