On this day in 1923, inventor Garrett Morgan received a patent for the first three-position traffic signal.

The first traffic signal, installed in London in 1868, had only two positions – “stop” and “go.” Morgan’s stop signal, inspired by and first put into effect on the crowded streets of Cleveland, gave drivers a “third position” signal to warn them to slow down. The signal was T-shaped, with the warning bars – today’s yellow light – displayed on the cross bars. 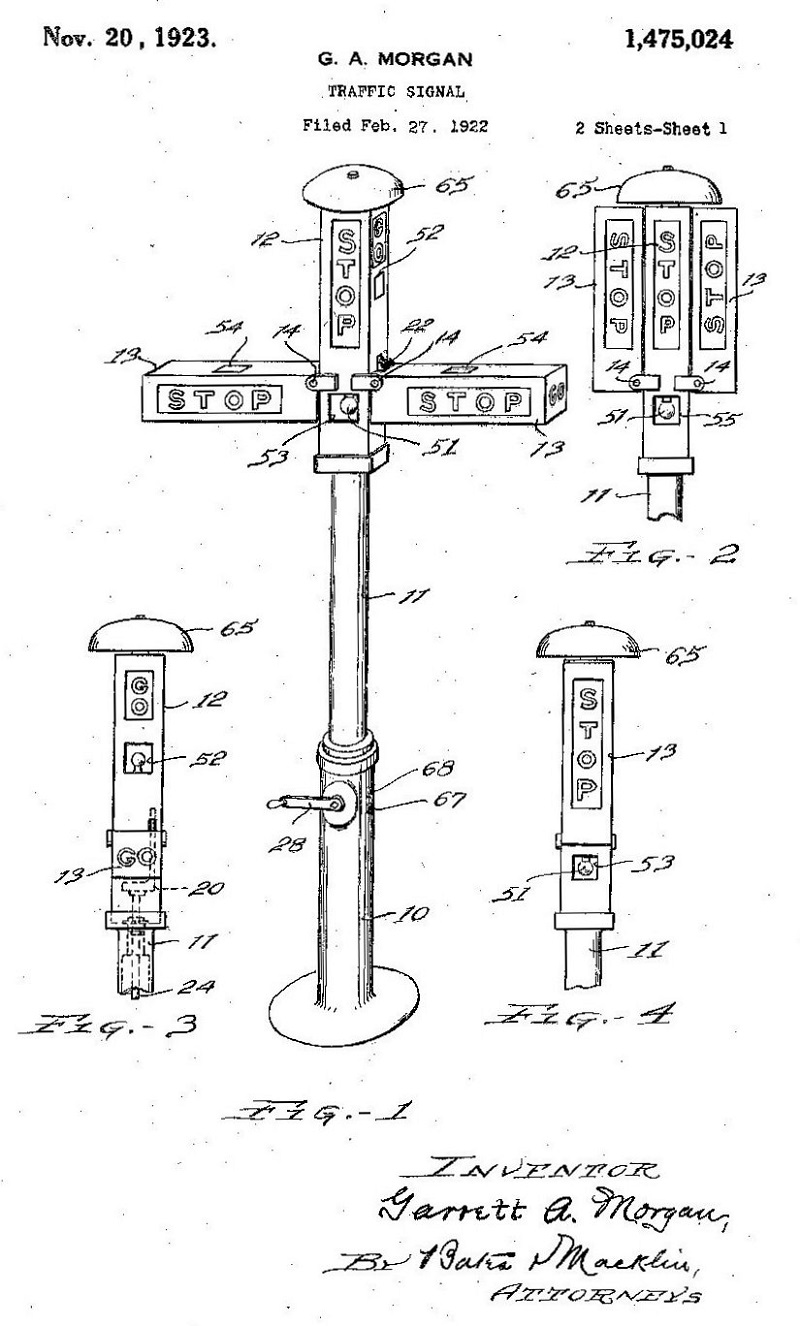 Morgan also invented an early gas mask, for which he received a patent in 1914. This design is credited with saving several lives after a tunnel explosion under Lake Erie, and was modified for use by the US Army in World War I.