Most of you reading this article probably have a comfortable toilet that you use on a daily basis. As Steve Sugden wrote: “In more developed areas of the world we have forgotten the horrors of using a disgusting toilet and we now take for granted that toilets are comfortable, well lit, smell-free, private, pleasant places to defecate. They are places where we can go in peace.”

There are two “golden rules” of our (overwhelmingly waterborne) sanitation systems that make them useful for improving human health:

These require large volumes of water for flushing, kilometres of underground pipes and treatment infrastructure, and the personnel to operate and maintain the system. Scientists and engineers around the world are developing alternative sanitation systems to address these challenges.

There are some amazing new toilet technologies that aren’t waterborne systems, but still follow the golden rules. Many of these new designs not only treat waste to make it safe, but also transform it into useful products like clean water, fertilizers, electricity, and animal feed.

Many of them don’t require sewerage systems at all, and instead process the waste on-site (in the household or toilet block). This increases the resilience of the sanitation system. If floods (or other disasters) prevent the system from processing waste, the problem is likely to be contained within the household, rather than affecting an entire city.

Some systems transport waste via pipes to nearby community scale treatment plants, which allow people to reuse the nutrients and water in their waste.

Others involve the collection of waste from households or toilet blocks to be treated at a larger, off-site plant, which offers economies of scale.

Several of these “non-sewered sanitation” technologies were showcased at the Reinvented Toilet Expo in Beijing earlier this month.

There is no single technology that will work in every community.

In water-scarce areas, people are aware of the wastefulness of flushing clean water down a toilet. In those locations, reusing water for flushing will be an important benefit.

In areas without reliable mains electricity, small-scale production of electricity from a sanitation system can be valuable for lighting, charging mobile phones or simply for running the treatment process.

Using nutrients from waste as fertiliser or animal feed will be unacceptable in some cultures, no matter how safe it is proved to be. 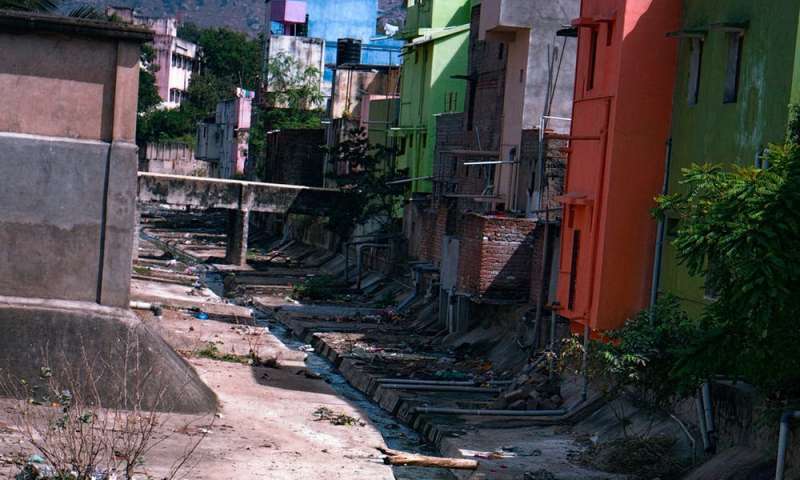 Open sewerage runs along the back of housing in some parts of South East Asia.

In every case, the time and expertise required to operate and maintain these systems must be considered. That means looking beyond the treatment process to the wider system, including government policies and businesses, as well as the availability of spare parts and local skilled personnel.

Clearly, technology is only part of the solution. But there is also a social science to sanitation engineering.

Many new sanitation technologies are being tested in the communities that are expected to be future customers. Researchers have been working with these potential users to identify what works, and more importantly, what doesn’t work with these technologies. The perspectives of both the toilet user and the operator of the sanitation system are taken into account.

Community members play a vital role and contribute to the design process. Nobody is going to use a toilet that they don’t like – as many festival-goers and campers will attest.

Sanitation technology developers give themselves the best possible chance of success when they work with communities to understand their needs and to test early prototypes. Community members are experts in their local context. Sadly this knowledge often goes unrecognised, but it’s critical to designing systems that work sustainably.

There are too many examples of “failed aid” projects, where sanitation systems have been installed without consulting local people, and then abandoned by the community after the project team has departed.

Although there are many exciting treatment processes being proposed for collecting and treating human waste, it is important to recognise that technology is only part of the equation. When proposing sanitation systems, technology developers must remember that they are designing for real people, considering community members as co-designers with important contributions to make.