Also known as additive manufacturing, 3D printing is the process of converting information from digital blueprints to physical objects by constructing them layer by layer. As we all know, this technology is capable of manufacturing all kinds of devices and items, like toys, car parts, and medical devices and equipment—even entire houses—just to mention a few. Since first being introduced decades ago, 3D printing has led to many innovative breakthroughs and ways of simplifying processes that were previously time consuming and complicated. As is the case with many modern technologies, 3D printing is constantly evolving, to the point where the entire process transformed into its next phase known as 4D printing. 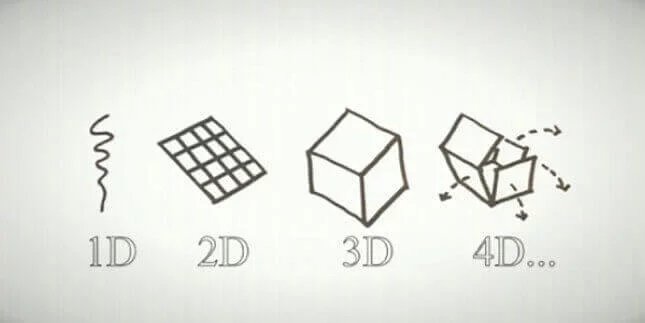 4D printing is basically a renovation of 3D printing, where the special materials used to print objects possess the ability to change shape post-production. In addition, 4D printing also requires a stimuli or trigger to initiate the transformation, like water, heat, wind, or other energy types. Capable of being used in just as many applications as 3D printing but being “smarter” in nature, 4D printing is considered a paradigm shift in manufacturing. Unlike its predecessor, 4D printing has the concept of “time” incorporated, making the process capable of acting and reacting in pre-programmed ways. Reactions might be in response to conditions, such as temperature changes, causing a printed object to undergo changes in flexibility or even size. 4D printing is inserting a programmable element in objects so they can execute their printed “genetic code” whenever you want it to be triggered. Below are three fields of work where 4D printing is poised to leave the most significant first impressions.

Considering how the majority of 3D-printed objects are made from plastic, it doesn’t make this process ideal for making clothes. Previous attempts at 3D-printing clothing resulted in trying to overcome the materials’ lack of flexibility by reducing the size of plastic panels, which are instead hand-assembled. A project called Kinematics Dress 4D-printed a gown that can transform from one shape to another.

This allows the wearer to comfortably conform the article of clothing to their body, which moves like real fabric via tiny hinges that are printed as part of the design. The hinges are an integral part of the dress itself, which is larger than the machine, from which it was printed. The solution involved utilizing a physics simulation to fold the dress in a small form capable of fitting inside the machine for fabrication. The hinge-based design doesn’t require assembly, and seamlessly folds out into its finished form.

A large percentage of Silicon Valley is infatuated with the idea of increasing fitness-tracking devices and software, along with revolutionizing and personalizing medicine. Another application that potentially falls into this category is printing new “skin” for grafts and even implants, which are capable of freely changing shape over time. 4D printing can enable developers of medical devices to manufacture structures capable of changing shape and functioning without outside intervention, which is essential to goals many researchers have of printing parts capable of (if necessary) surviving a lifetime inside the human body.

One particular aspect of 4D-printing components for infrastructural uses that could benefit the industry is piping, which could adapt to changes in the ground by contracting or expanding—basically mimicking how the human intestine works by driving water or other substances through itself by pulsating. This is just one of many instances where 4D printing can facilitate the development of “smart objects” that are capable of reacting to environmental conditions.

4D printing can infuse objects with “robotic-like behavior,” minus the reliance on complex electro-mechanical devices. Additional uses could potentially include printing entire structures like houses that arrive in flat-pack form, but self-assemble when “triggers” like heat or water are applied. This technology could even apply to potholes, which could have the ability to self-heal.