As the workforce becomes a mix of man and machine, Amazon is looking to up human worker safety with a new wearable currently found at 25+ of its sites, according to TechCrunch.

With more than 100,000 robots under Amazon’s employment, it’s a design with a growing necessity.

Called the Robotic Tech Vest, its built-in sensors notify Amazon’s robotic systems of the wearer’s presence. The robots then proceed to slow down to prevent any crashes. Amazon’s robotic team built the vest (which looks more like a utility belt attached to suspenders) to work in conjunction with the obstacle avoidance detection path planning already used by the robot fleet, reports TechCrunch.

“All of our robotic systems employ multiple safety systems ranging from training materials, to physical barriers to entry, to process controls, to on-board,” Amazon Robotics VP Brad Porter explained to TechCrunch. “In the past, associates would mark out the grid of cells where they would be working in order to enable the robotic traffic planner to smartly route around that region. What the vest allows the robots to do, is detect the human from farther away and smartly update its travel plan to steer clear without the need for the associate to explicitly mark out those zones.”

Robot and human collaboration isn’t a perfect science, with companies reporting machine-related accidents in the past, including Amazon.

However, Porter told TechCrunch that the new vest trials were a “huge success.” 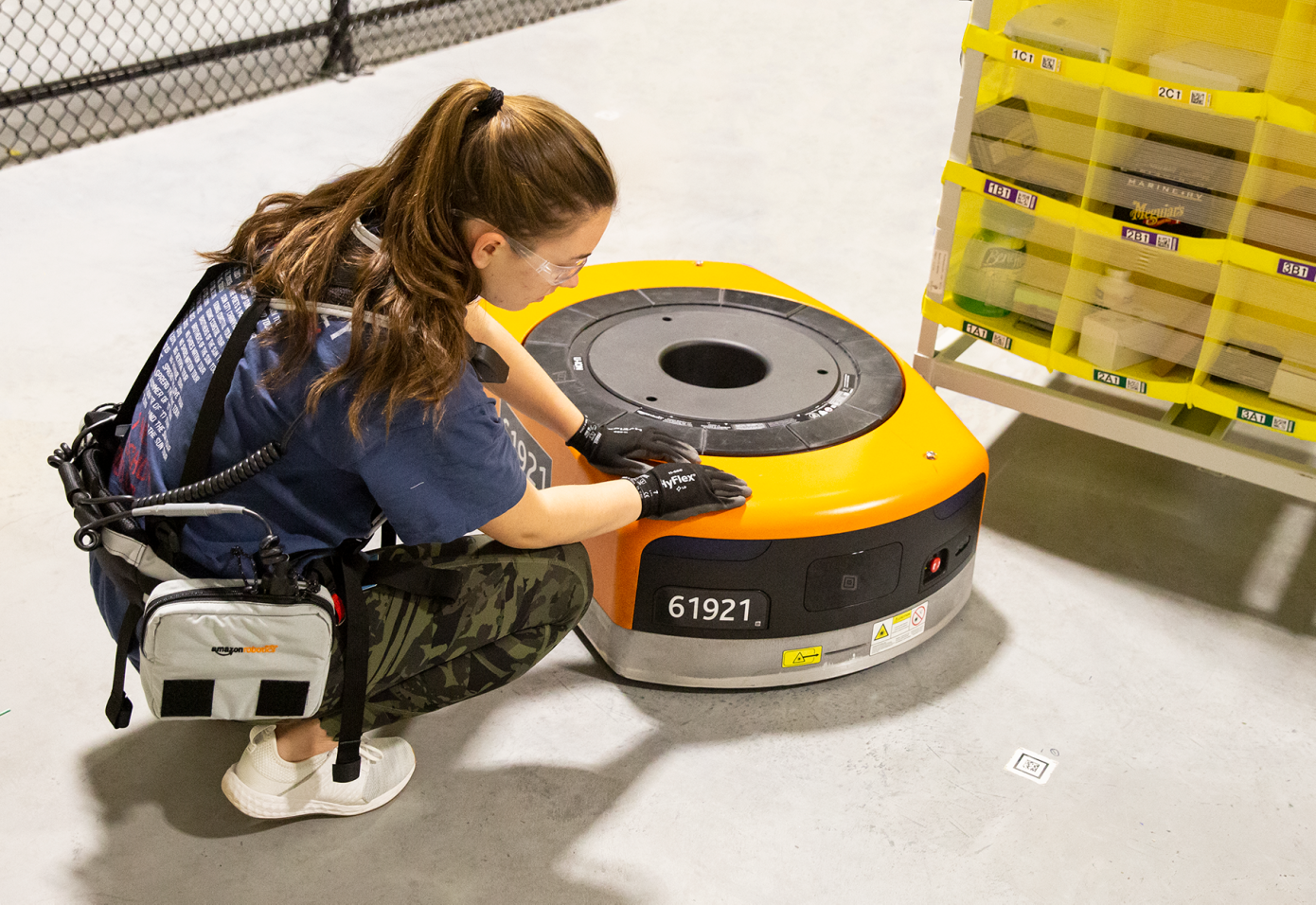